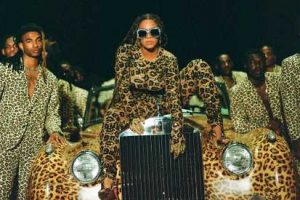 The majority of the prizes were announced Sunday afternoon in a livestreamed event. But this year’s major awards, including record of the year and best new artist, will be bestowed during the telecast.

Beyoncé (with nine) and Taylor Swift (with six) dominated the nominations this year. Dua Lipa, who won best new artist in 2019, also made a strong showing. She’s up for album of the year, record of the year and song of the year, as well as several pop awards.

Notables absences include the Weeknd, whose album “After Hours” was one of the biggest of the year. This week, the Canadian pop star said he would boycott the Grammys going forward, joining a list of Black artists who have criticized the awards show’s nominating procedures as not transparent and out of touch.

Best Traditional R&B Performance
“Anything For You,” Ledisi

Best Progressive R&B Album
“It Is What It Is,” Thundercat

Best Contemporary Blues Album
“Have You Lost Your Mind Yet?,” Fantastic Negrito

Best Reggae Album
“Got to Be Tough,” Toots and the Maytals