Home » Entertainment » 23 Of The Most Powerful Photos Of This Week

23 Of The Most Powerful Photos Of This Week

Introducing the BuzzFeed News newsletter JPG — this weekly newsletter will feature the most powerful images from around the internet, as well as behind-the-scenes exclusives from renowned photographers and our hard-hitting photo stories. 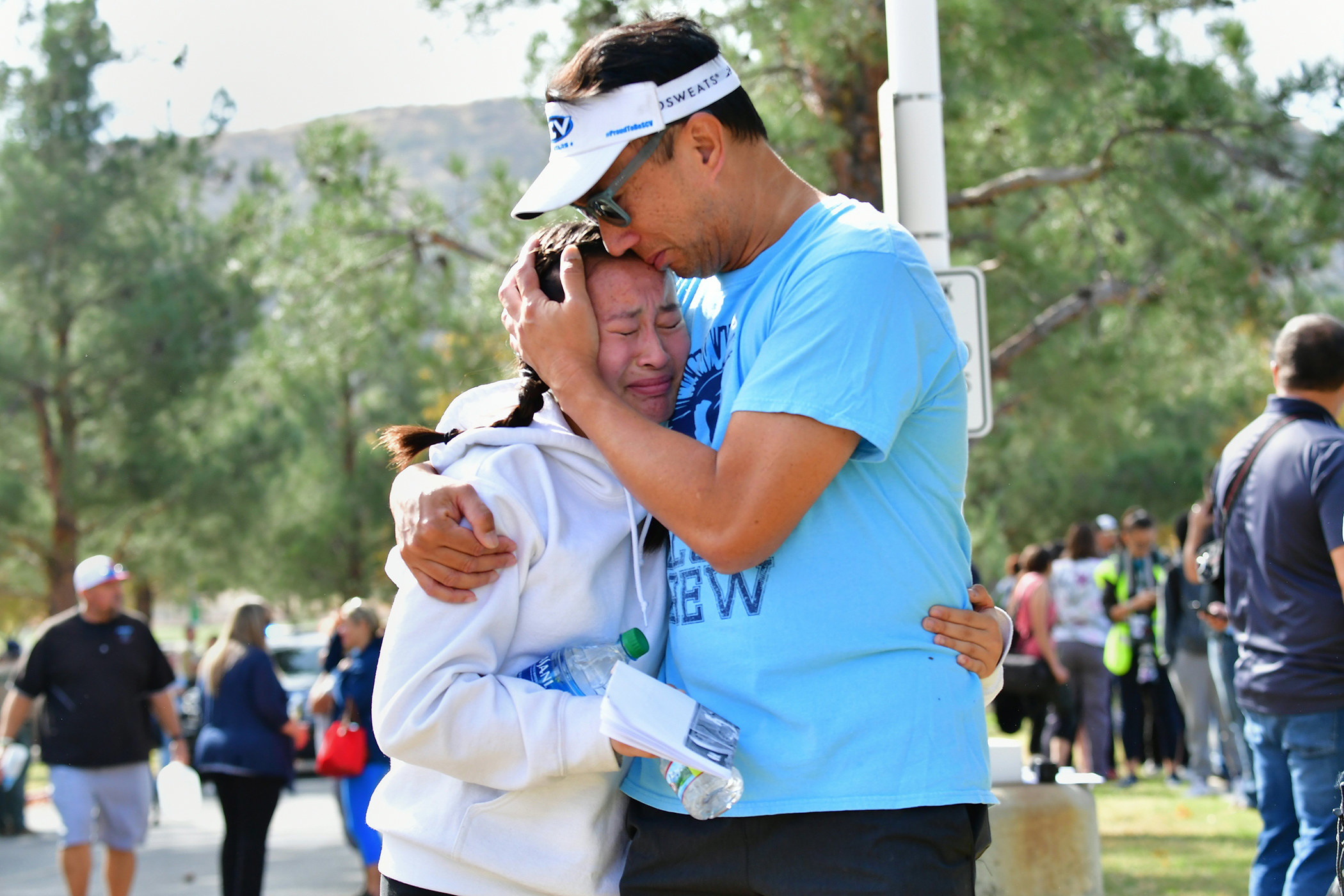 A man embraces his daughter after picking her up following a shooting at Saugus High School in Santa Clarita, California, on Nov. 14. 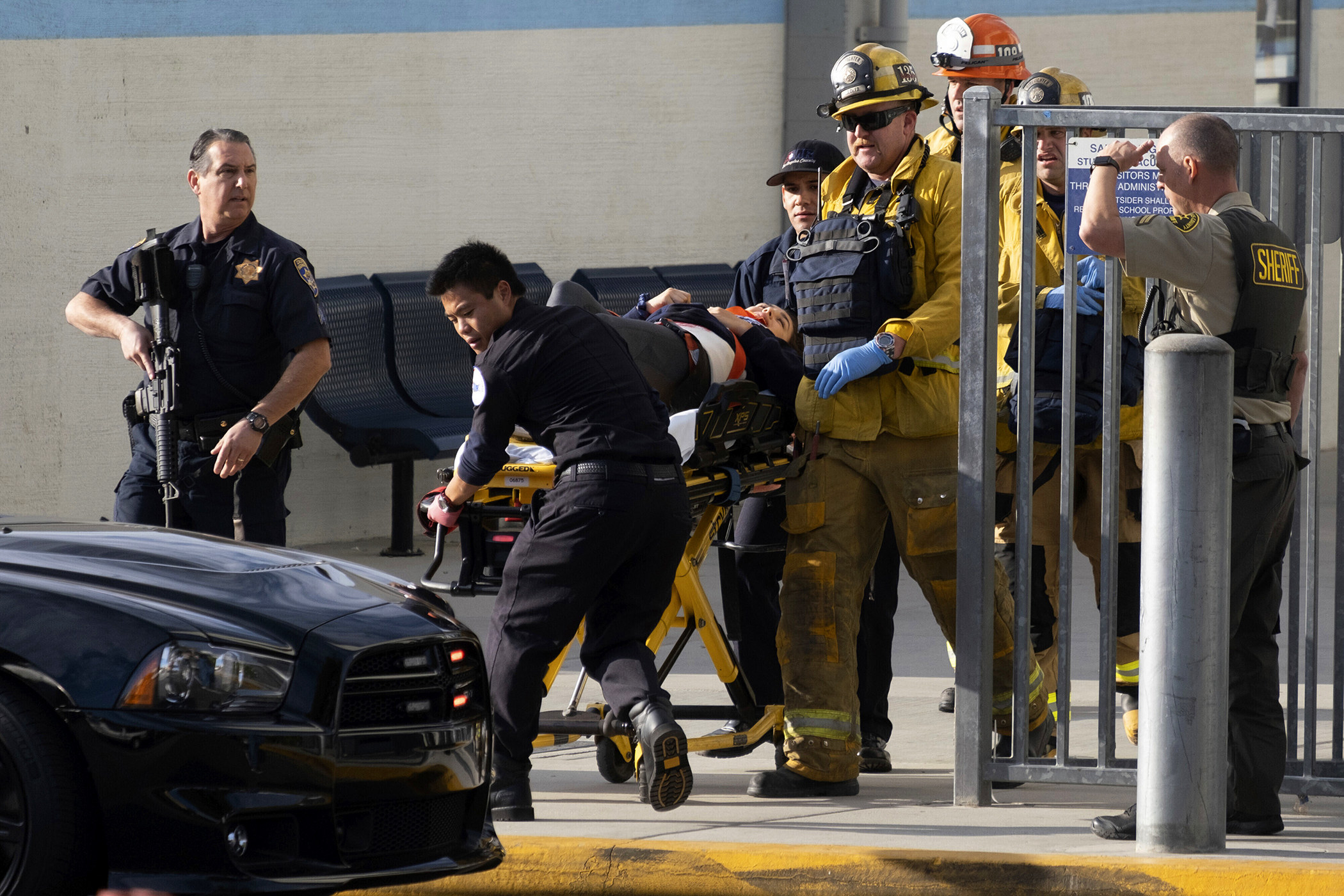 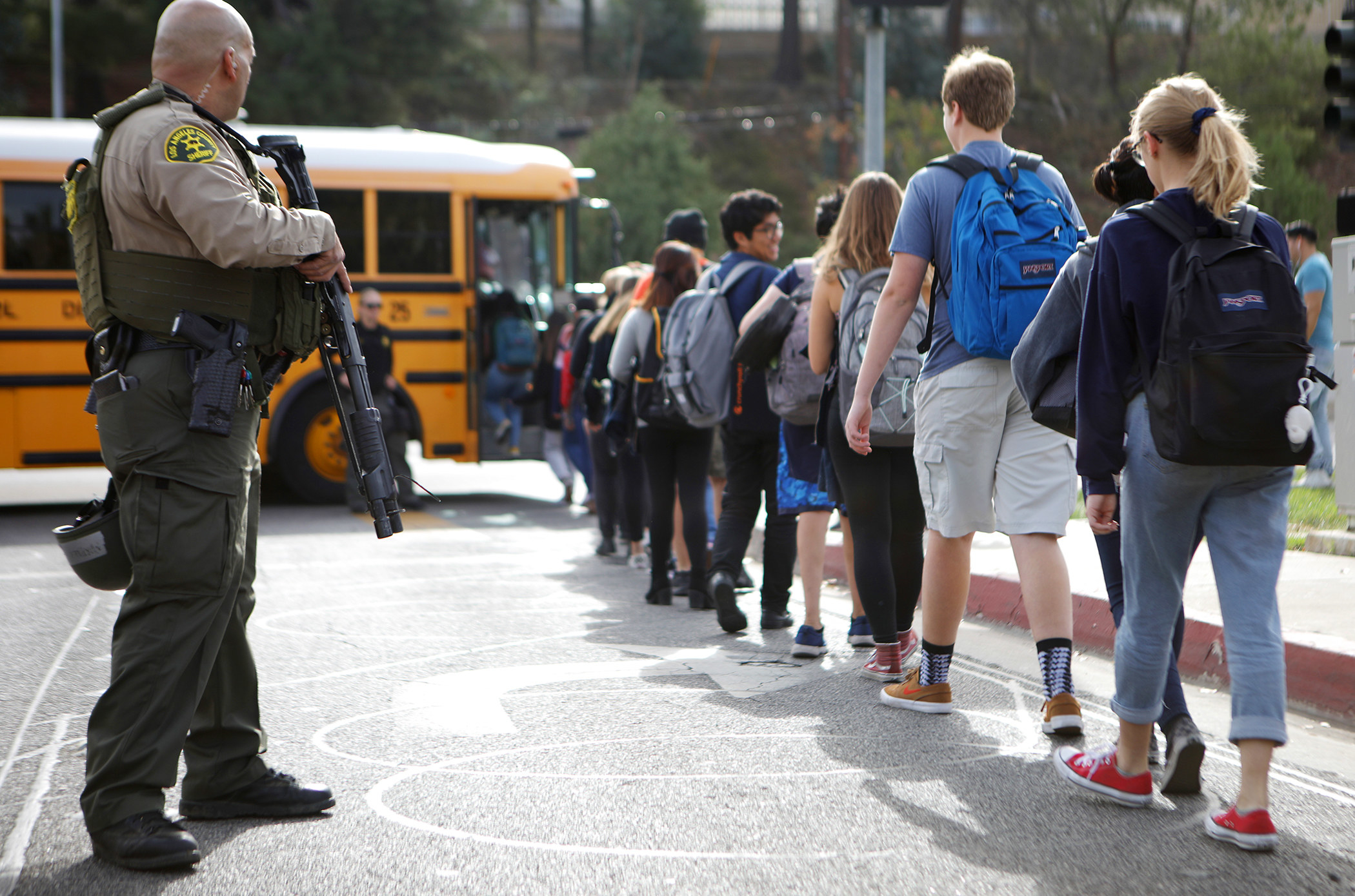 Students are evacuated from Saugus High School after a shooting at the school in Santa Clarita, California, on Nov. 14. 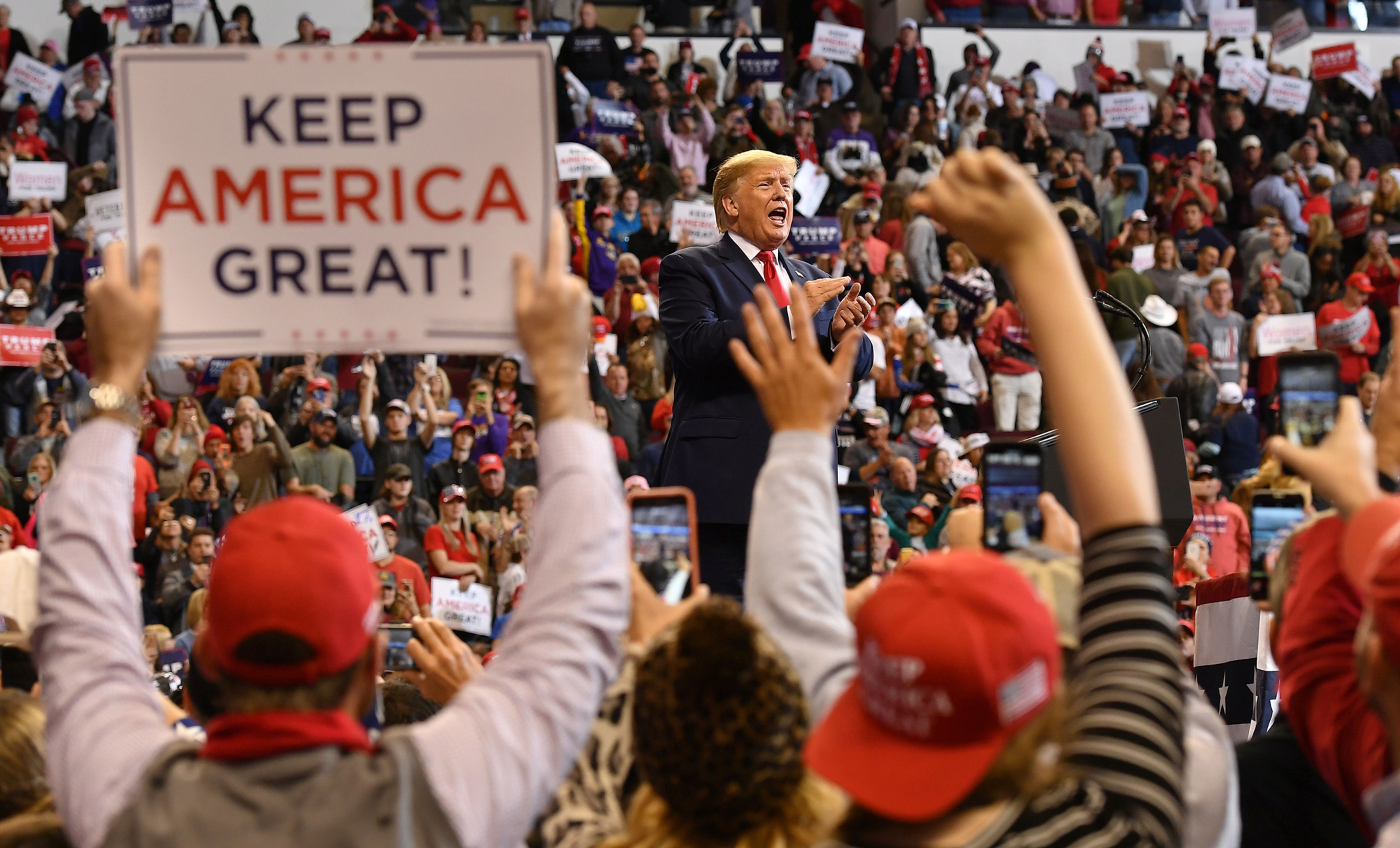 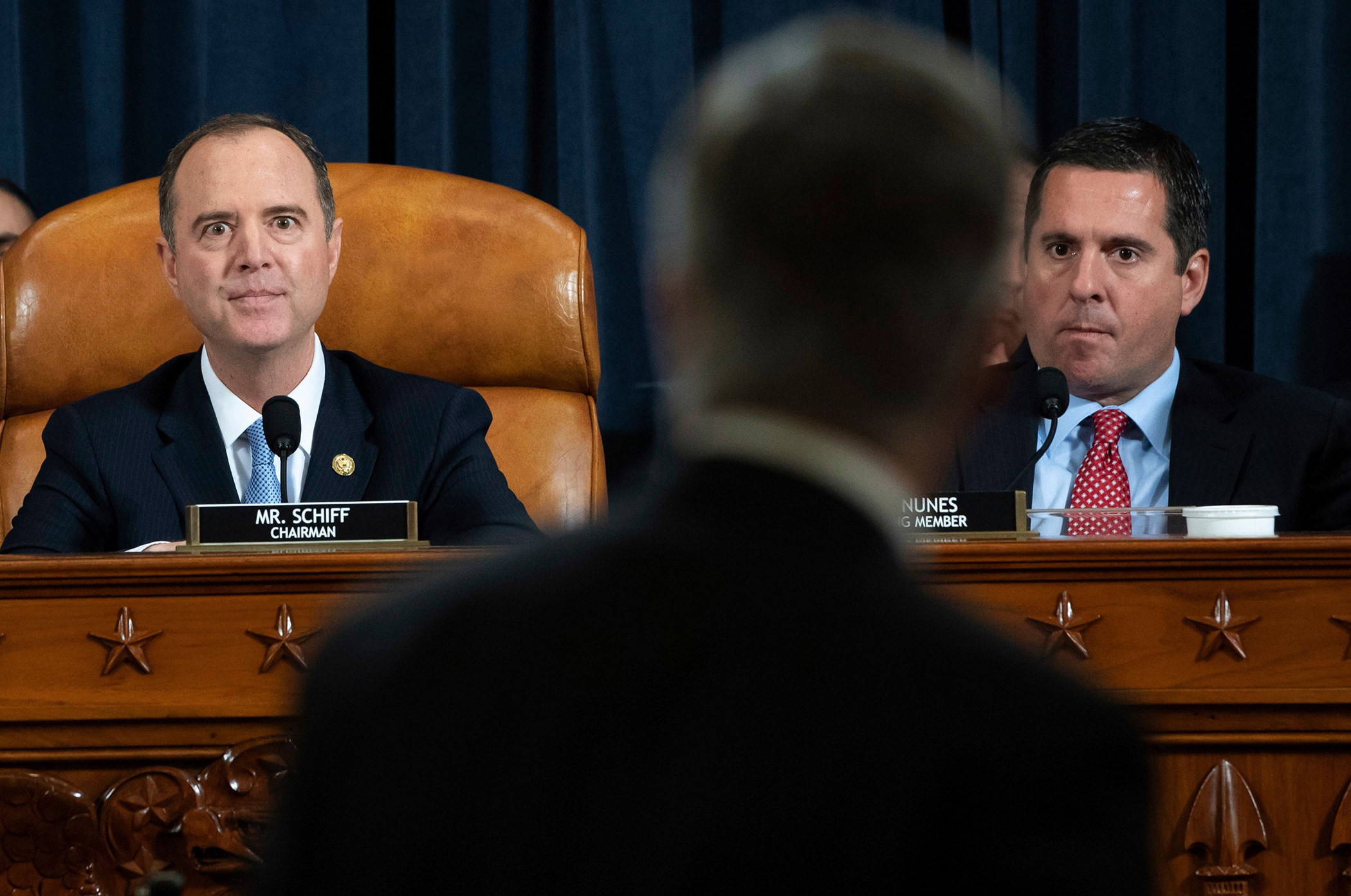 House Intelligence Committee Chairman Rep. Adam Schiff, left, and ranking member Rep. Devin Nunes, watch as Top US diplomat in Ukraine William Taylor leaves after testifying at a hearing of the House Intelligence Committee in Washington, DC, during the first public impeachment hearing of President Donald Trump’s efforts to tie US aid for Ukraine to investigations of his political opponents, on Nov. 13. 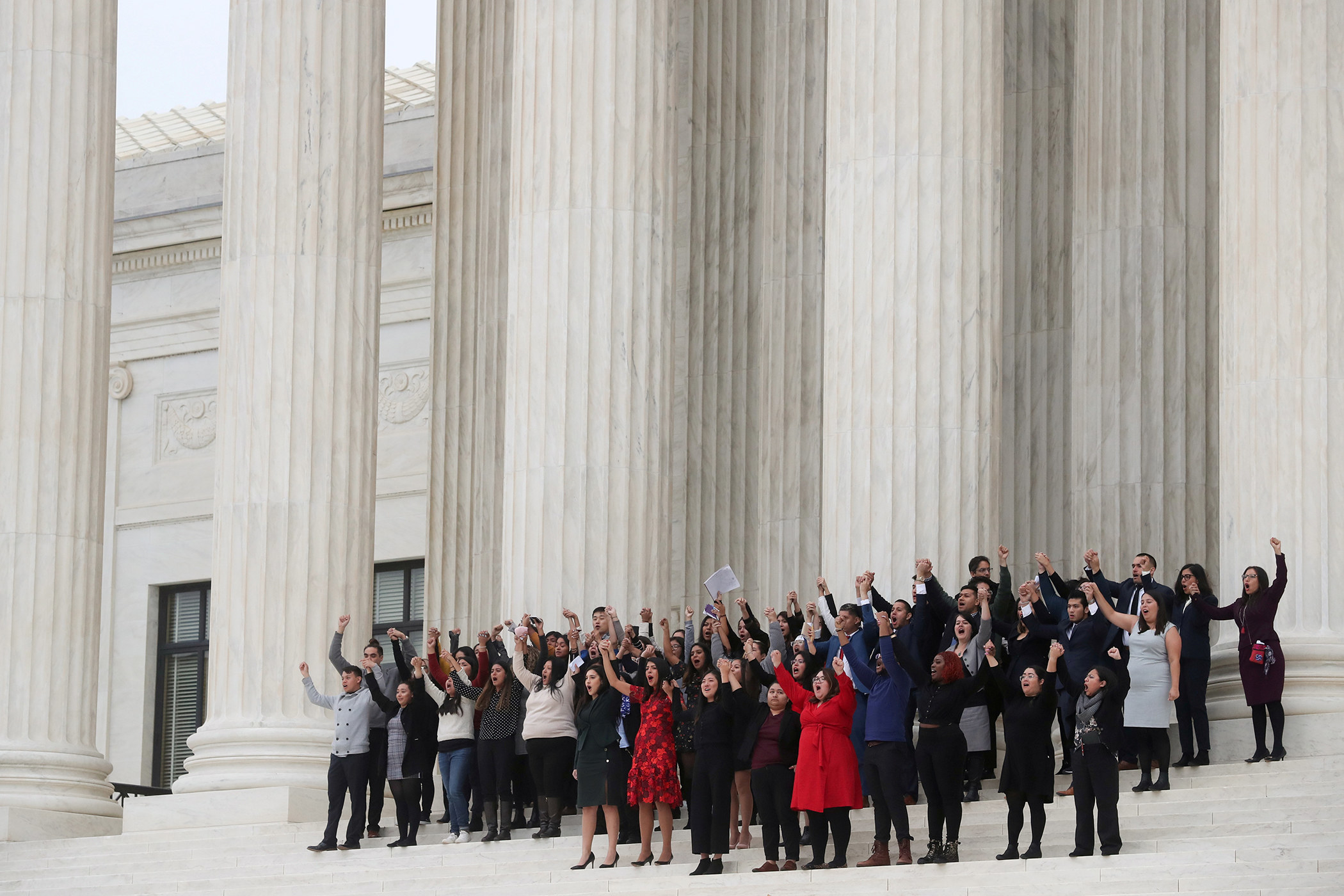 DACA plaintiffs walk arm-in-arm down from the US Supreme Court after justices heard oral arguments in the consolidation of three cases before the court regarding the Trump administration’s bid to end the Deferred Action for Childhood Arrivals program in Washington, DC, on Nov. 12. 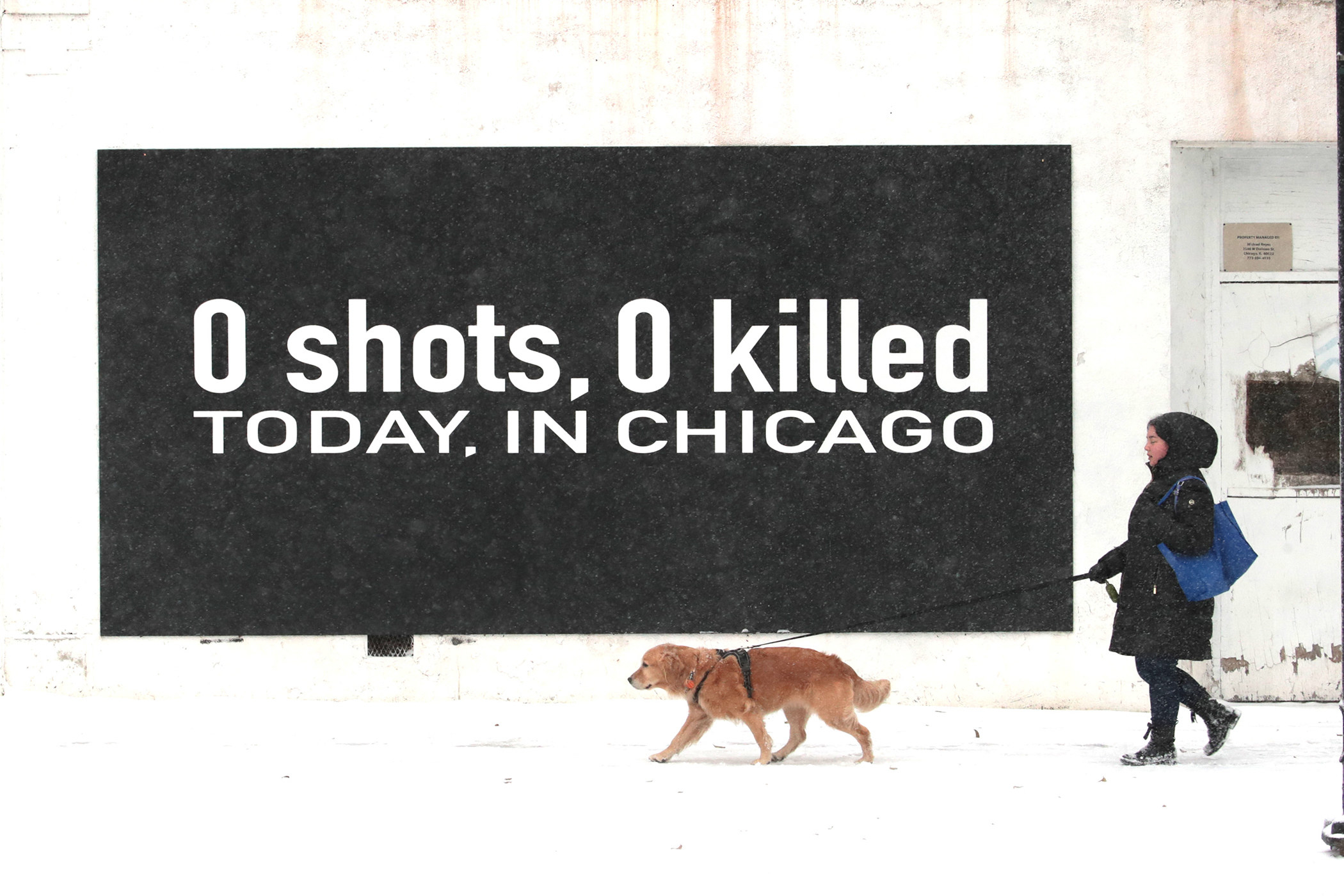 A woman walks her dog along a snow-covered sidewalk in the Humboldt Park neighborhood on Nov. 11, in Chicago. 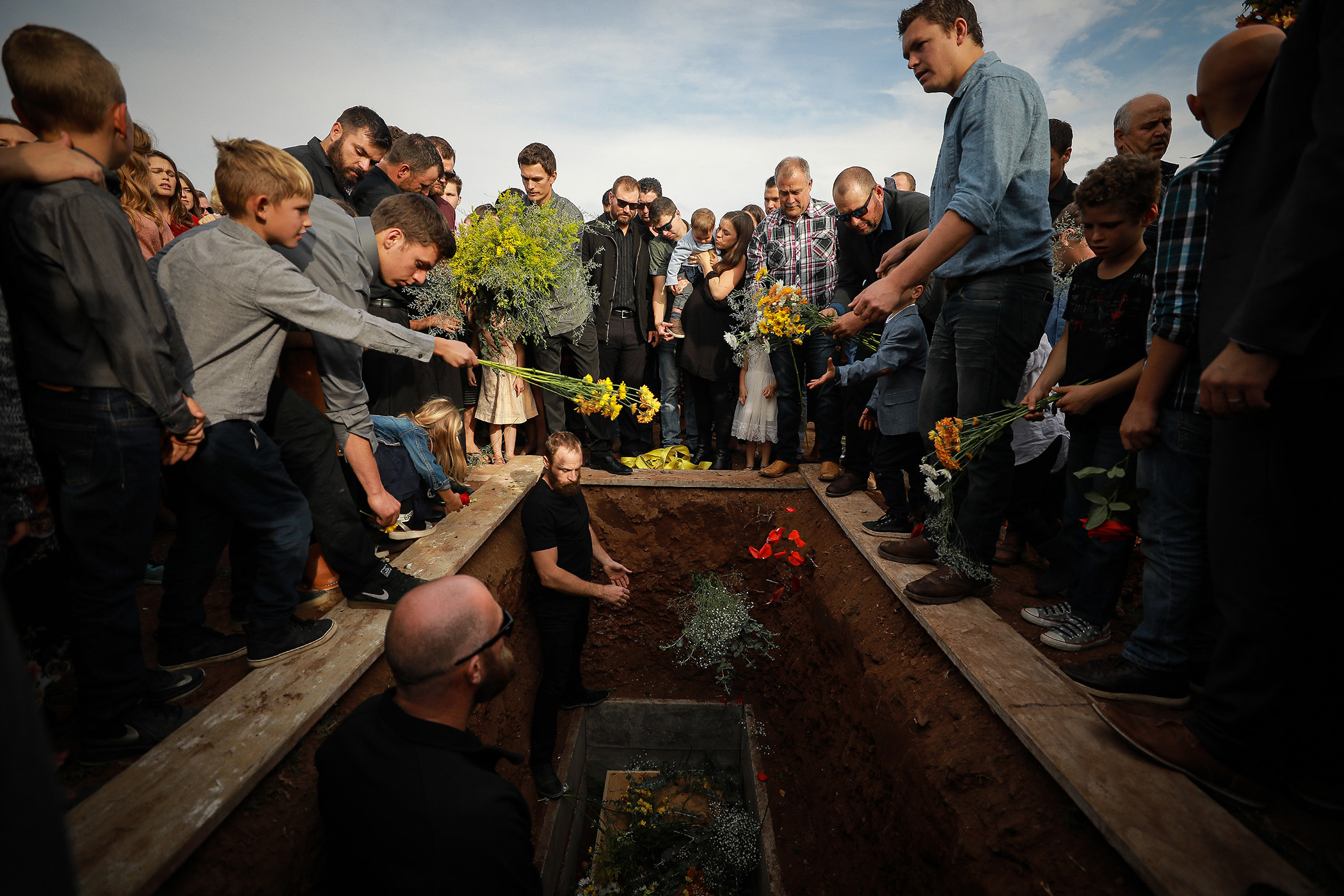 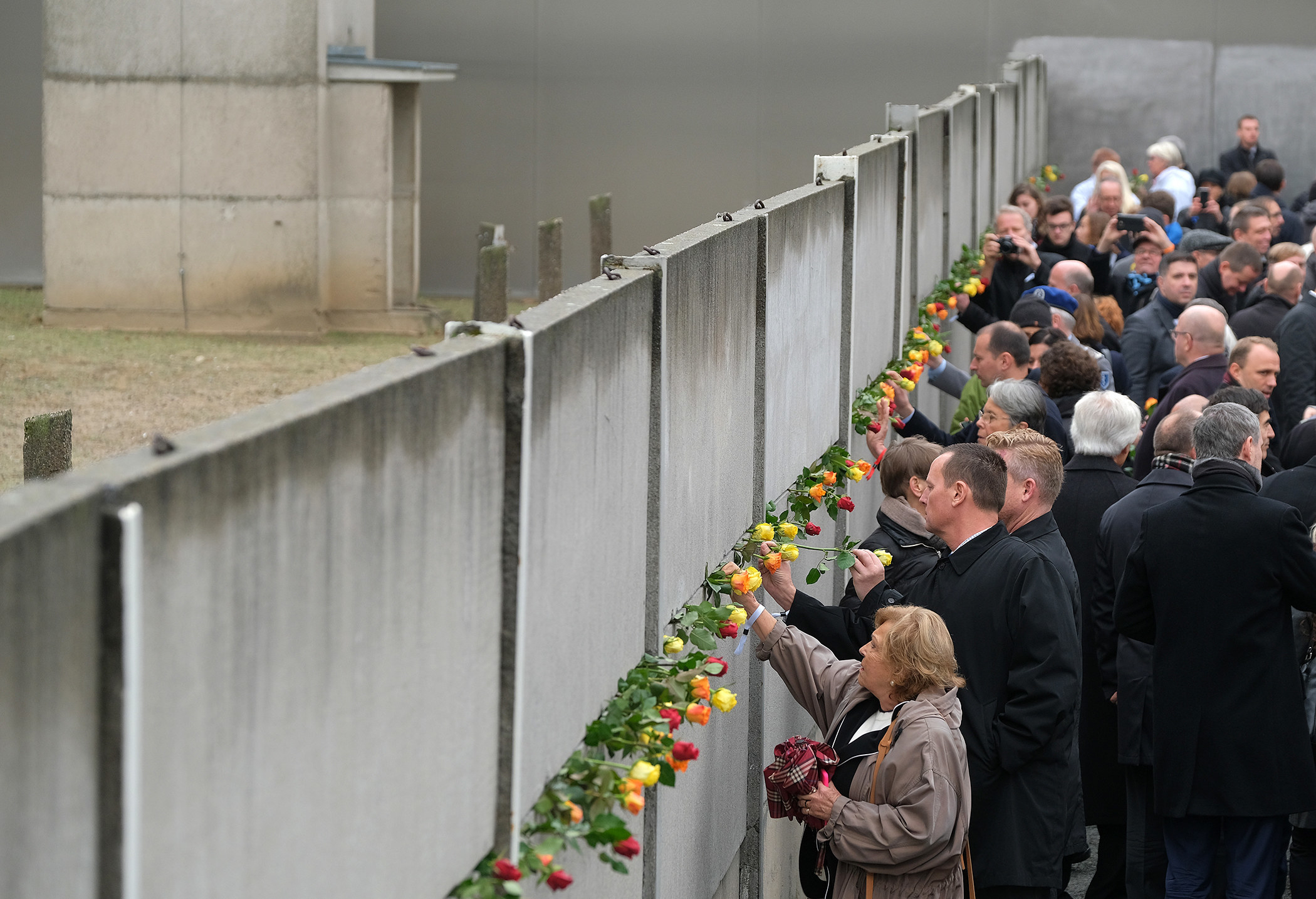 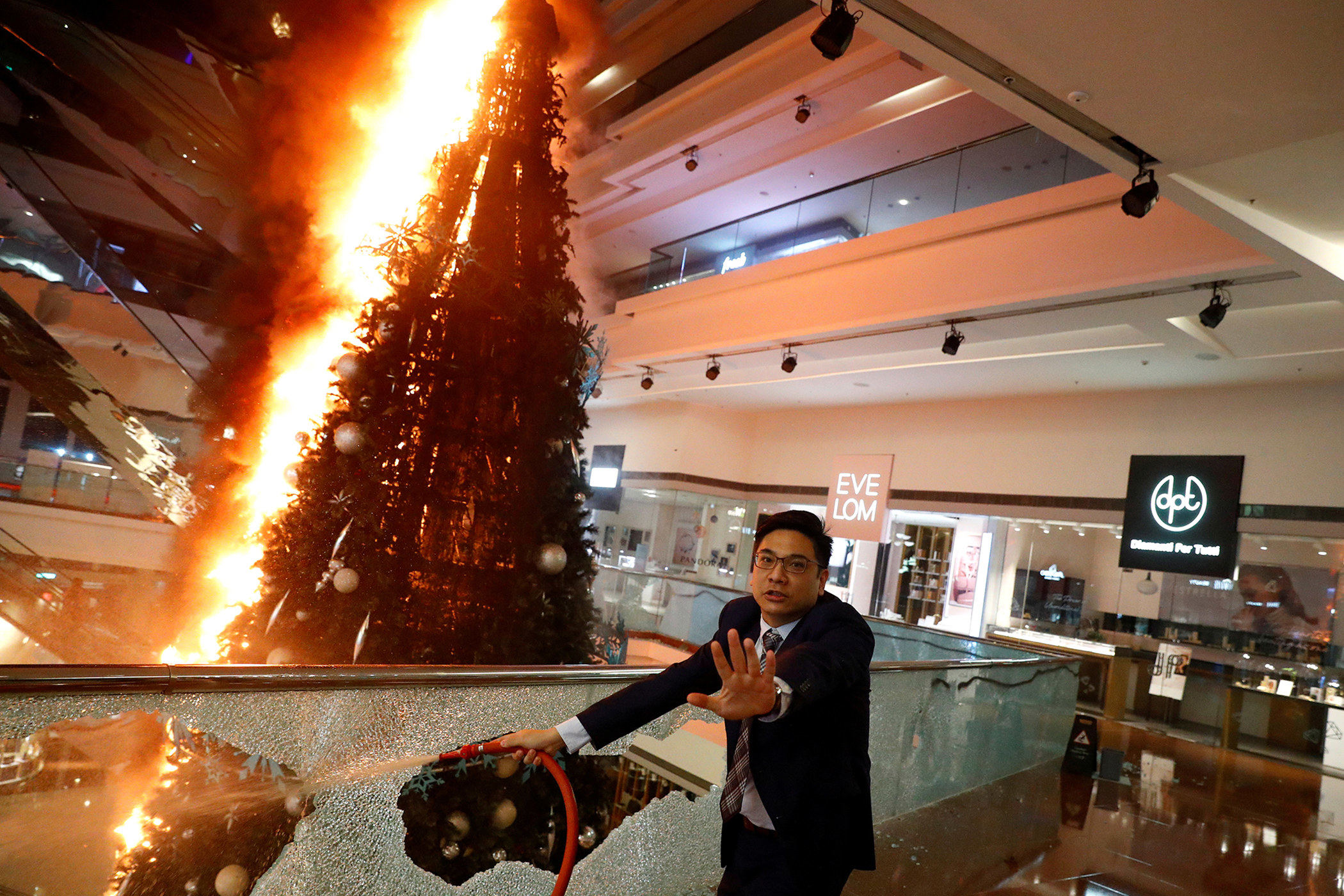 A man reacts as he tries to extinguish a burning Christmas tree that was ignited by anti-government protestors at the Festival Walk mall in Hong Kong on Nov. 12. 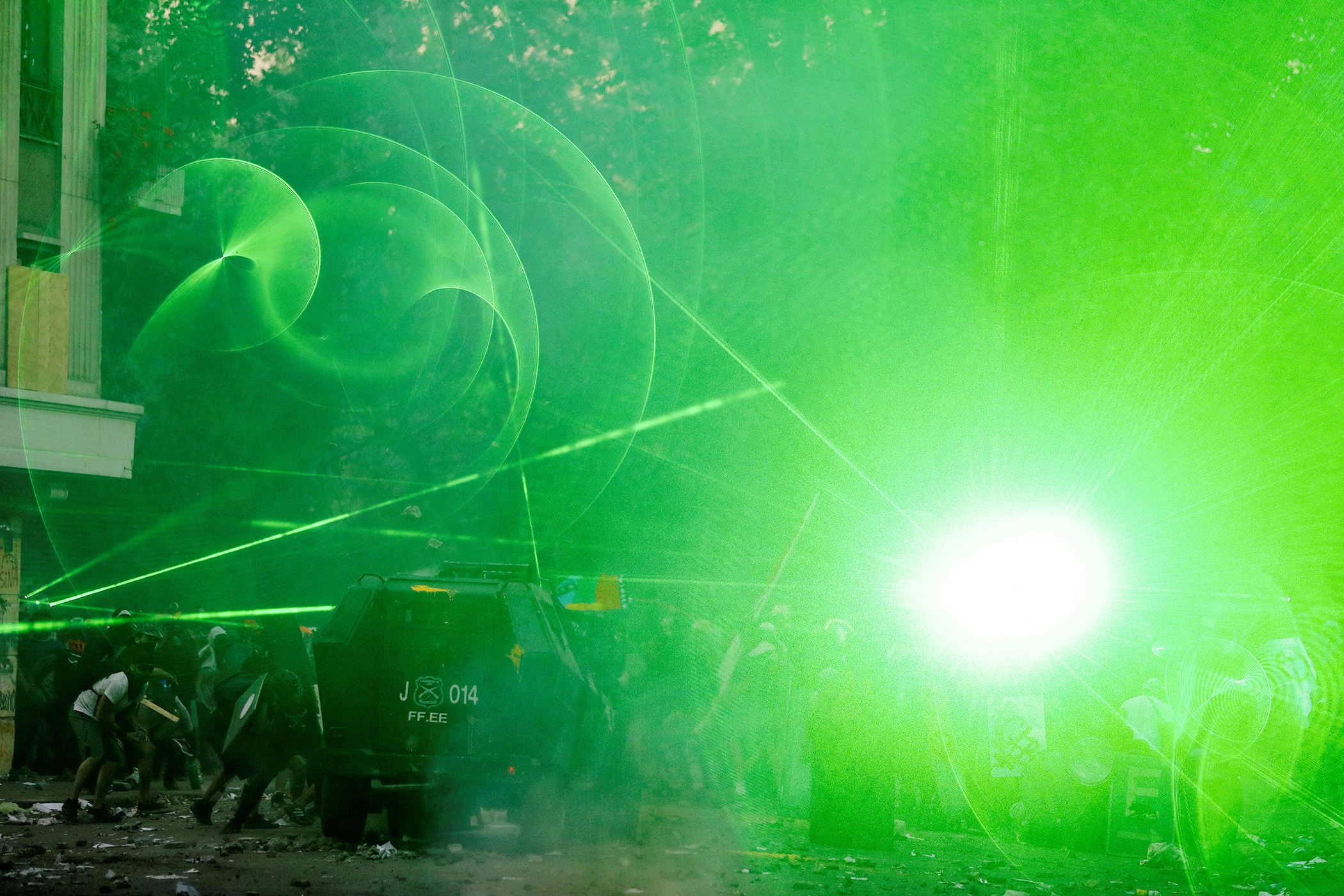 Demonstrators and riot police vehicle are seen amid laser beams during a protest against Chile’s government in Santiago on Nov. 12. 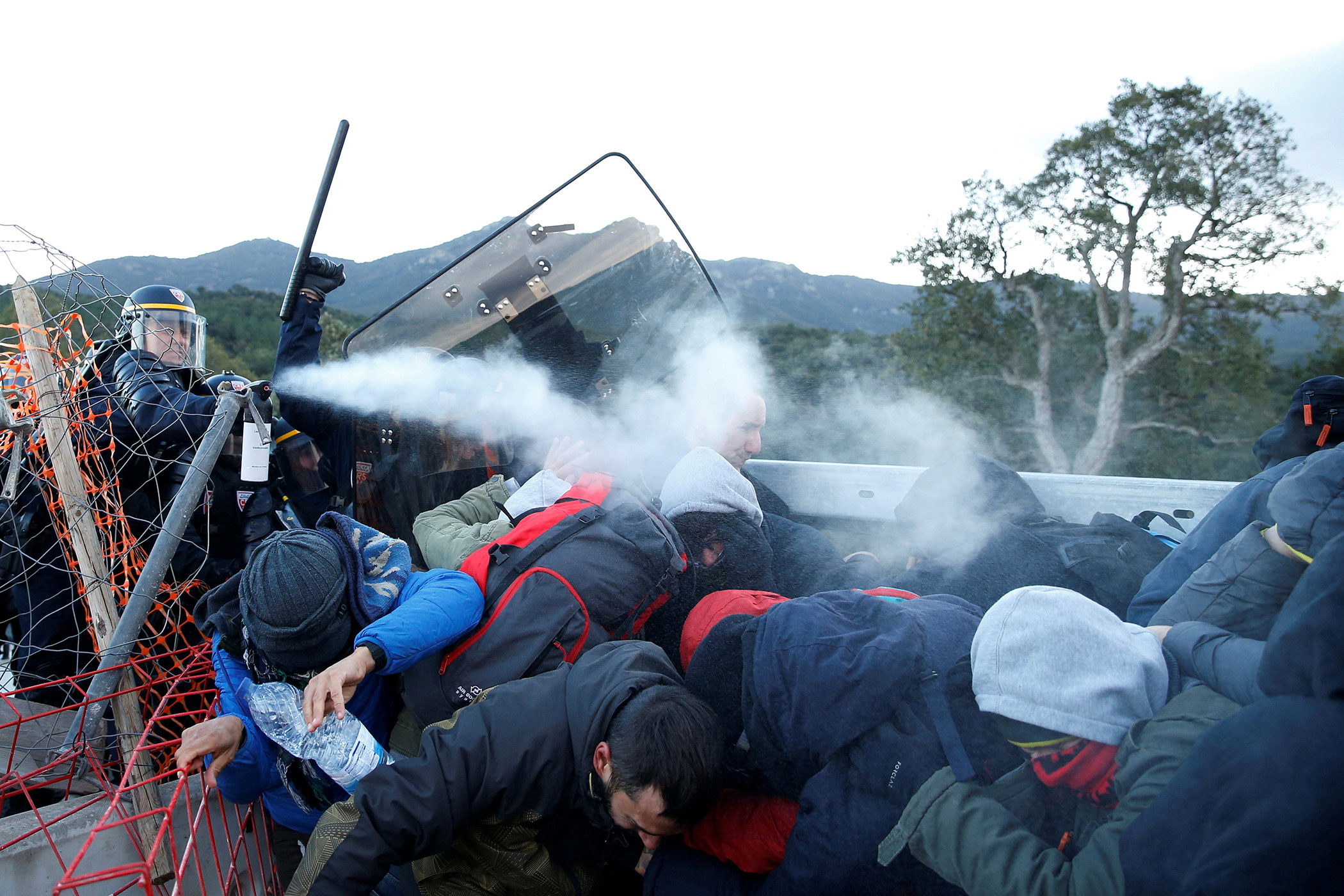 Members of Catalan protest group Democratic Tsunami clash with French police officers on the French side of the Spanish-French border on Nov. 12. 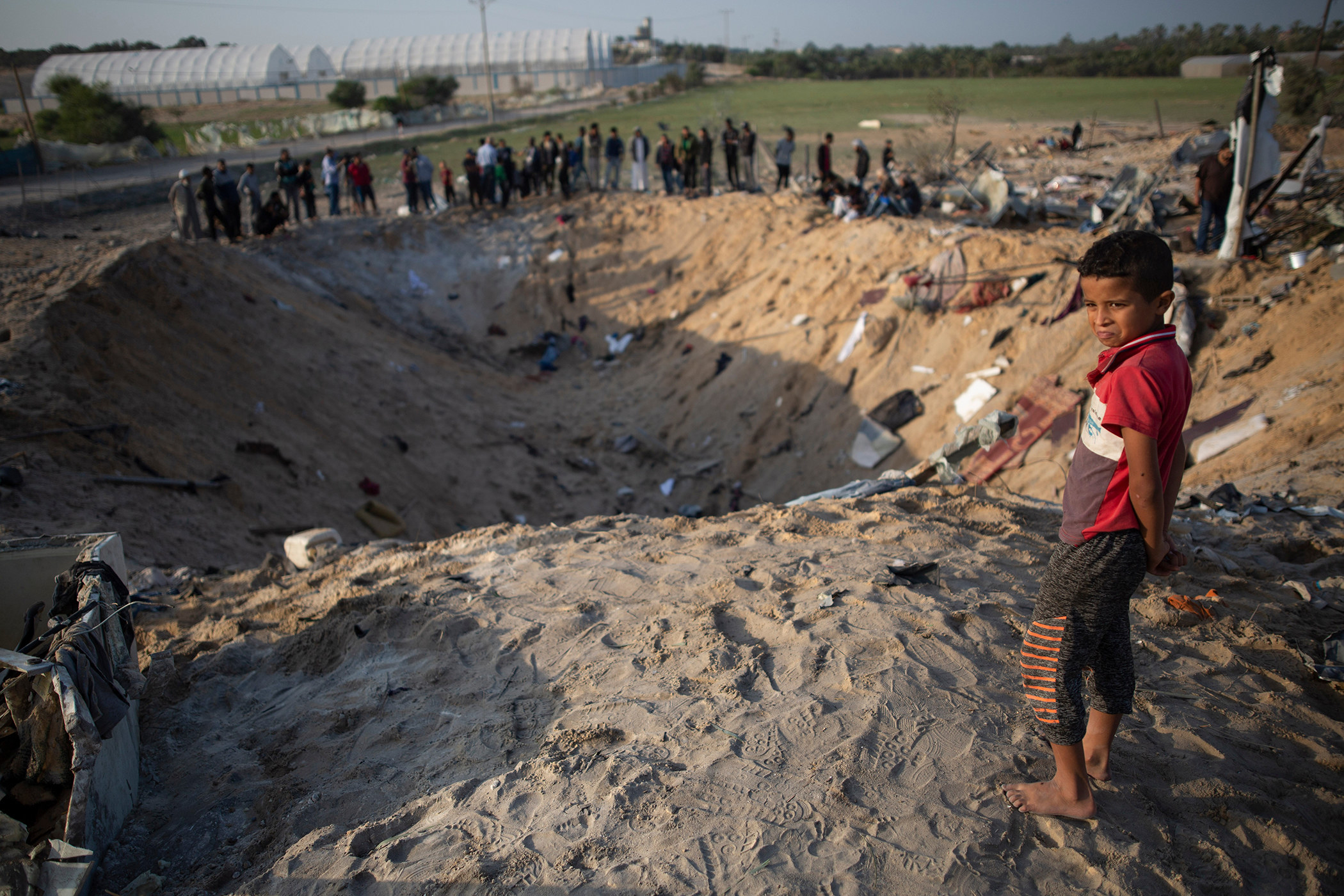 A barefoot Palestinian boy and others look into a crater made in overnight Israeli missile strikes that destroyed a house and killed eight members of the Abu Malhous family, in Deir al-Balah, central Gaza on Nov. 14. 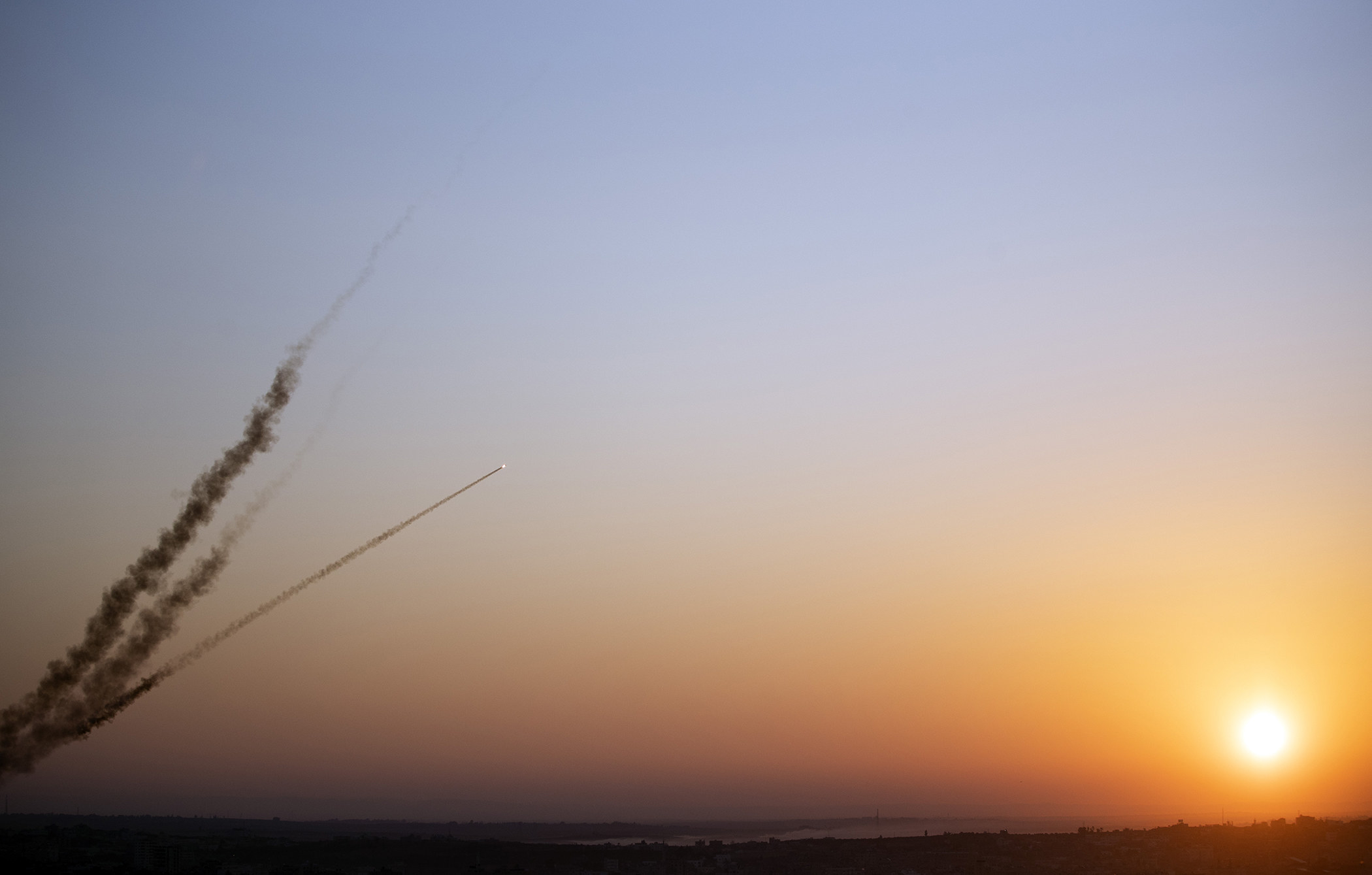 Rockets are launched from Gaza Strip to Israel on Nov. 12. 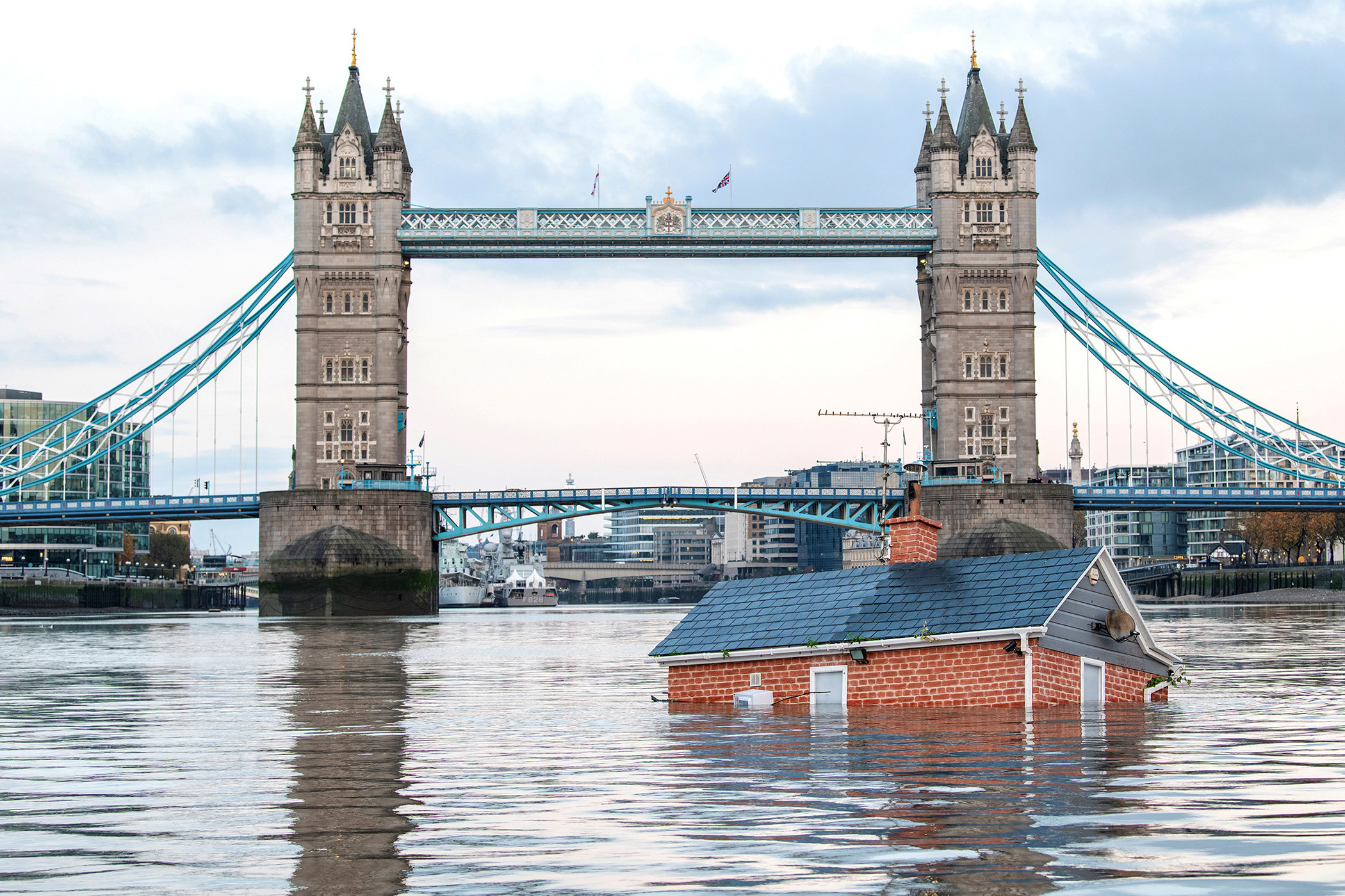 A mock-up of a typical British suburban home is seen sinking into the River Thames in London as a protest by Extinction Rebellion to demand faster government action on climate change on Nov. 10. 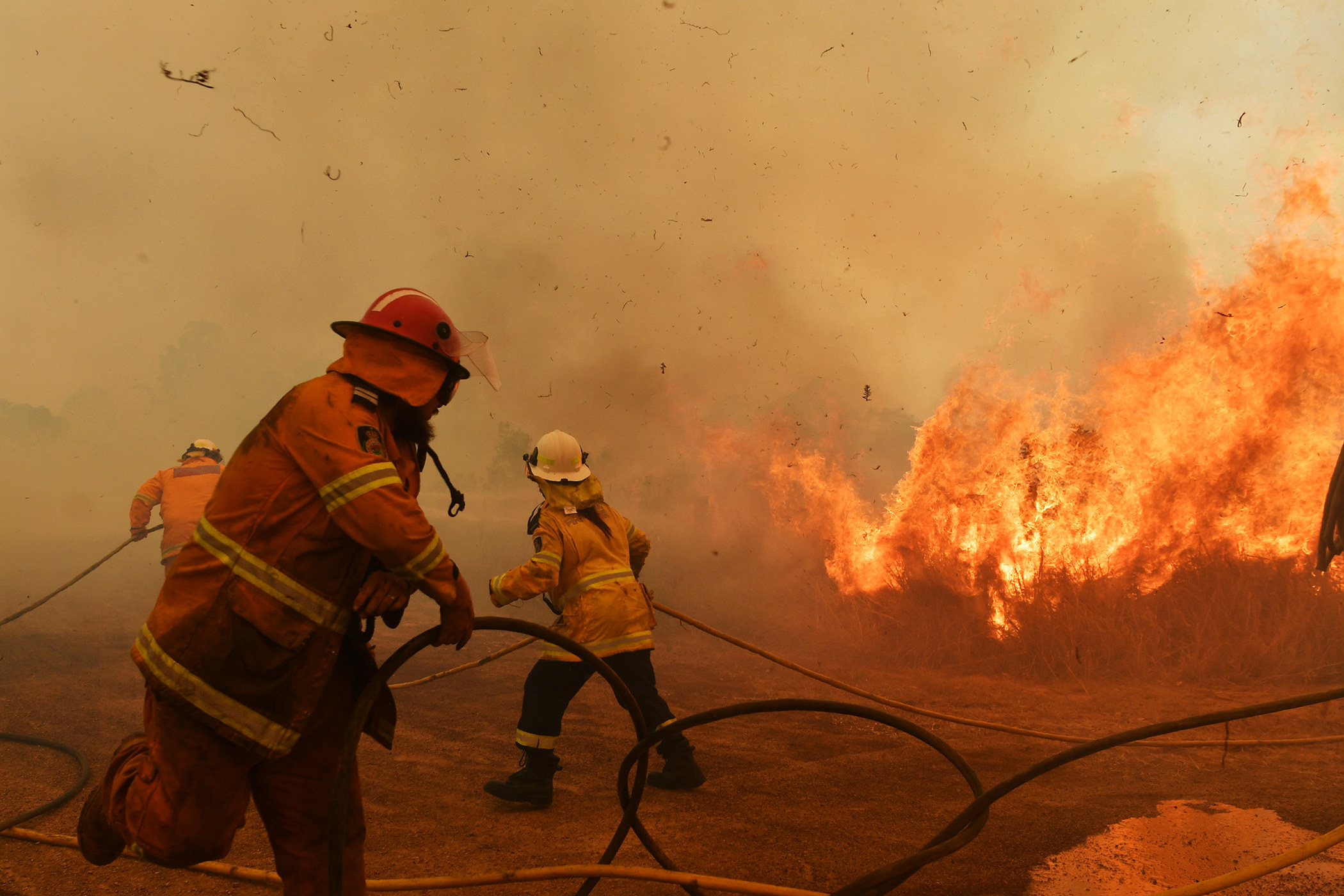 Firefighters battle a bushfire fire on Nov. 13, in Hillville, Australia. 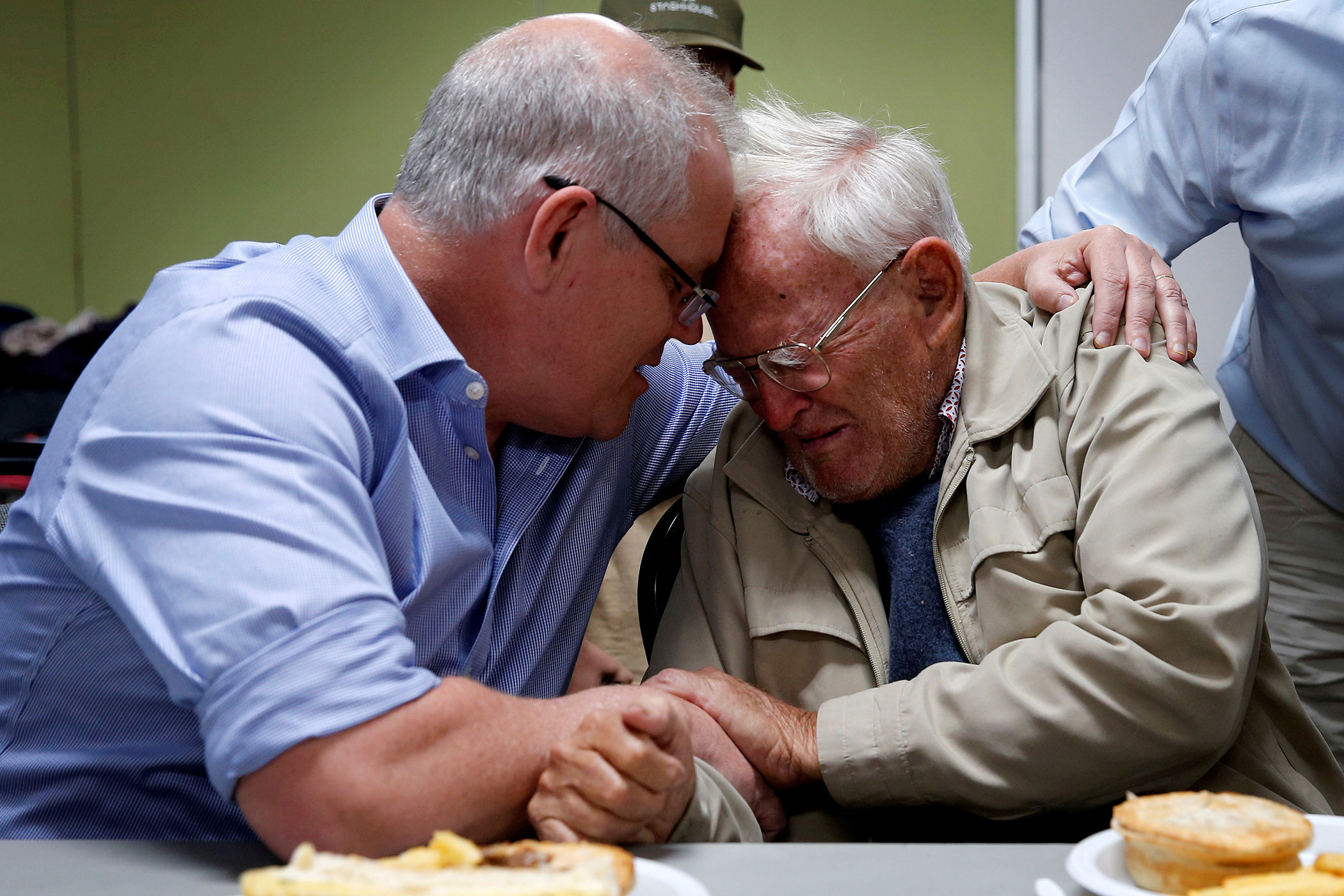 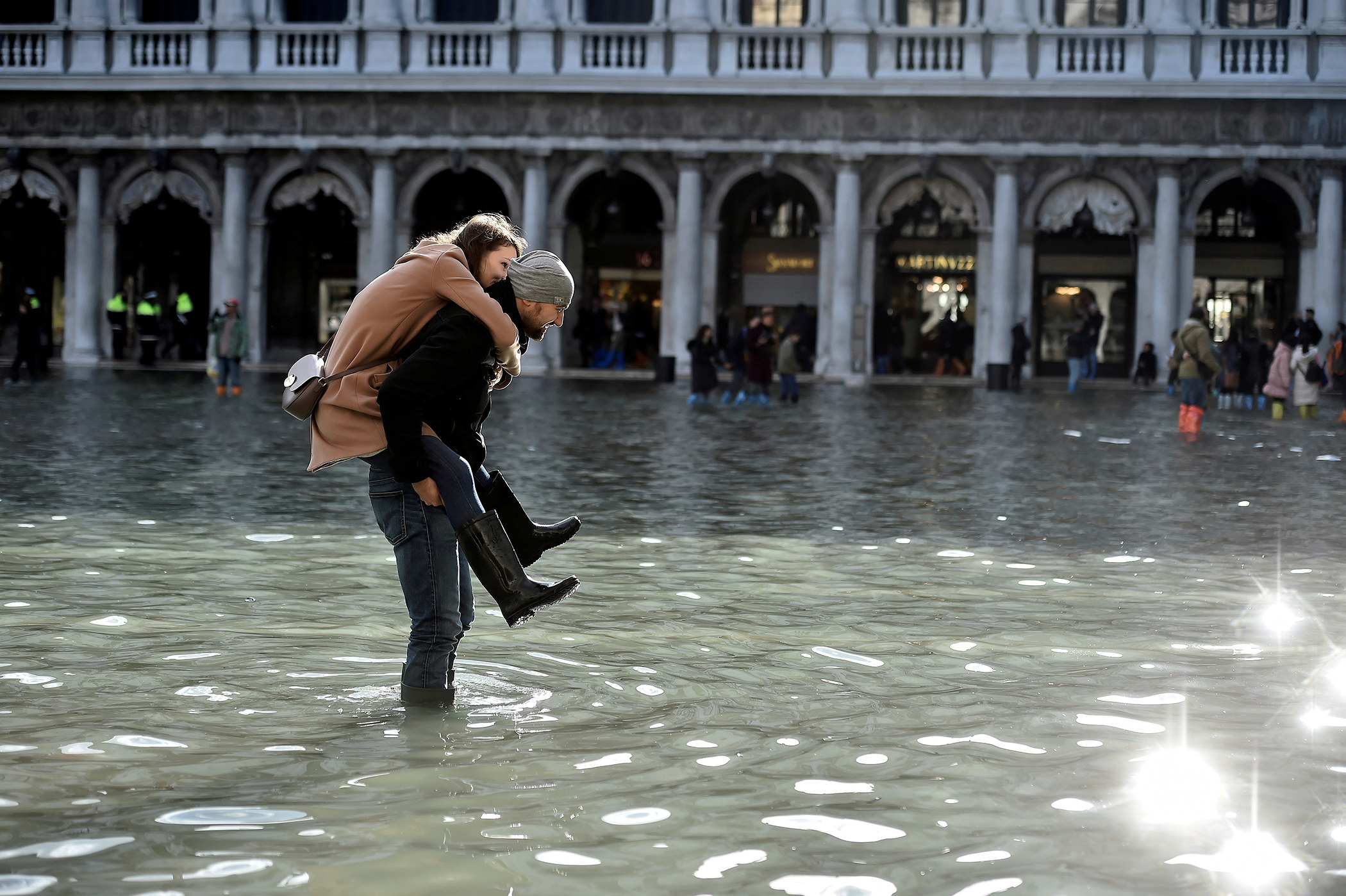 A man carries a woman on his back through the flooded St. Mark’s Square during a period of seasonal high water in Venice, Italy, on Nov. 14. 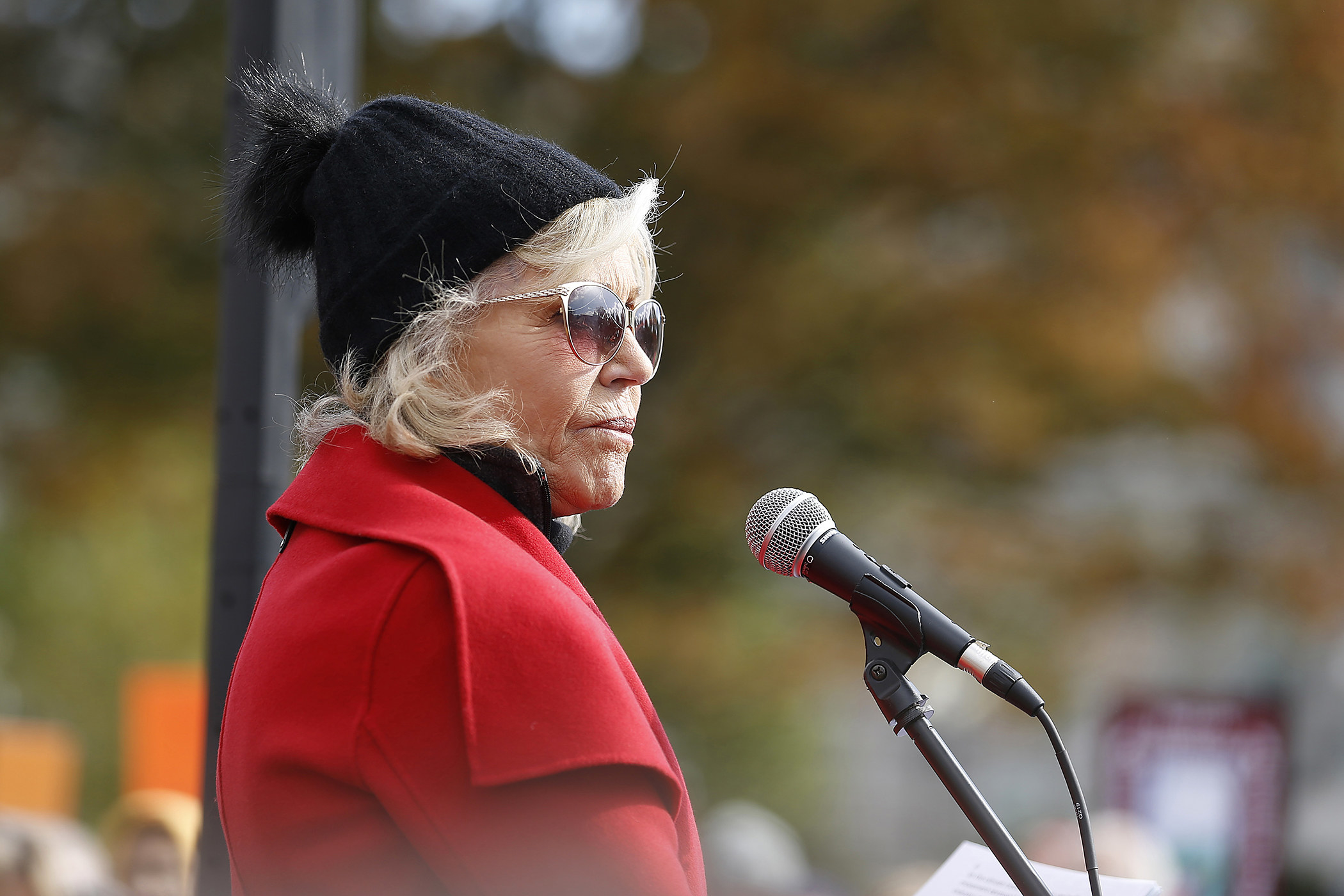 Actor Jane Fonda demonstrates in front of the White House during the “Fire Drill Friday” climate change protest on Nov. 8, in Washington, DC. Protesters demand immediate action for a Green New Deal including clean renewable energy by 2030, and no new exploration or drilling for fossil fuels. 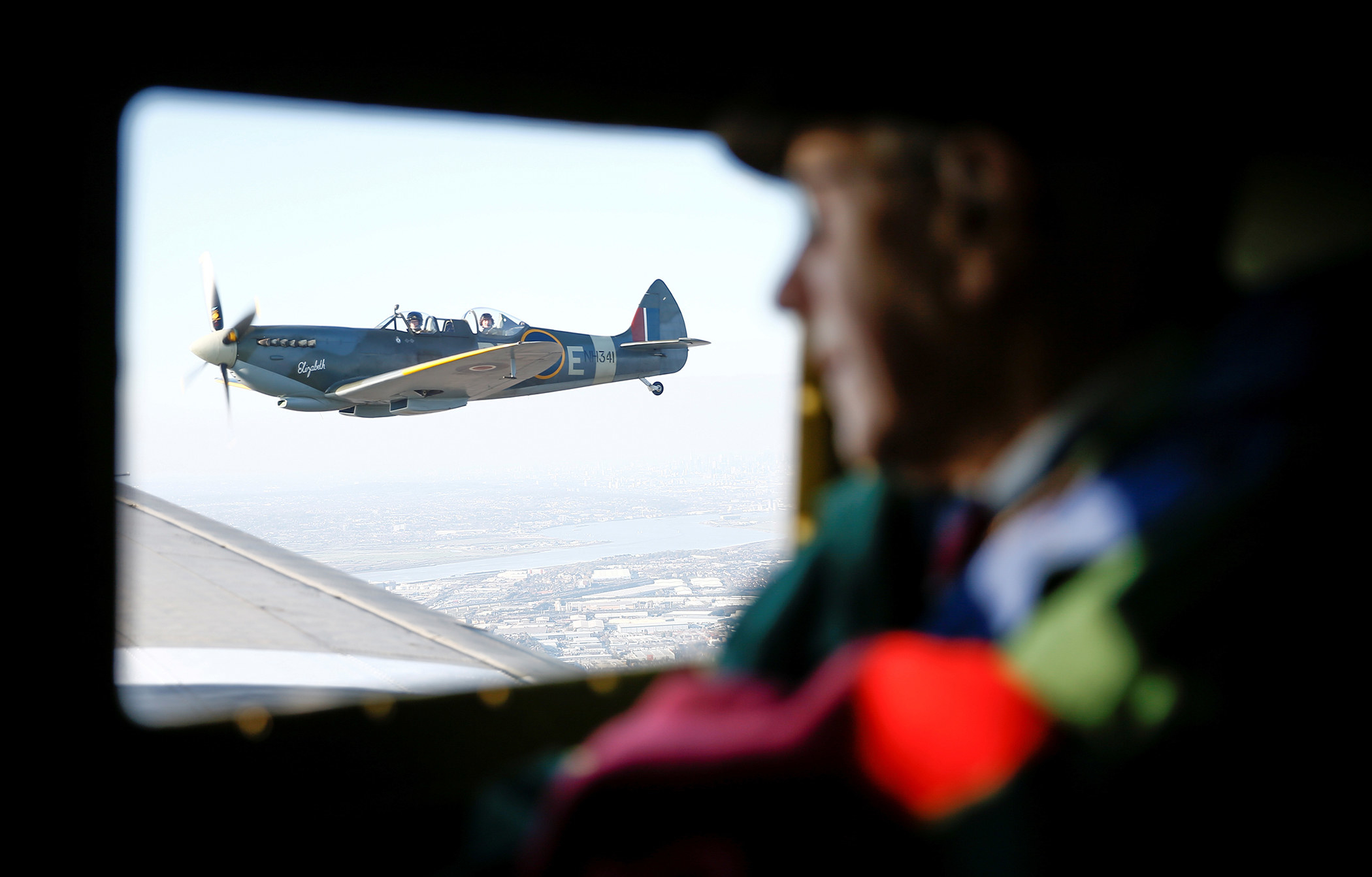 A WWII Spitfire can be seen out the window of a C47 A Dakota plane, while veteran Roy Briggs looks on, during Remembrance Sunday celebrations in Dover, Britain, on Nov. 10. 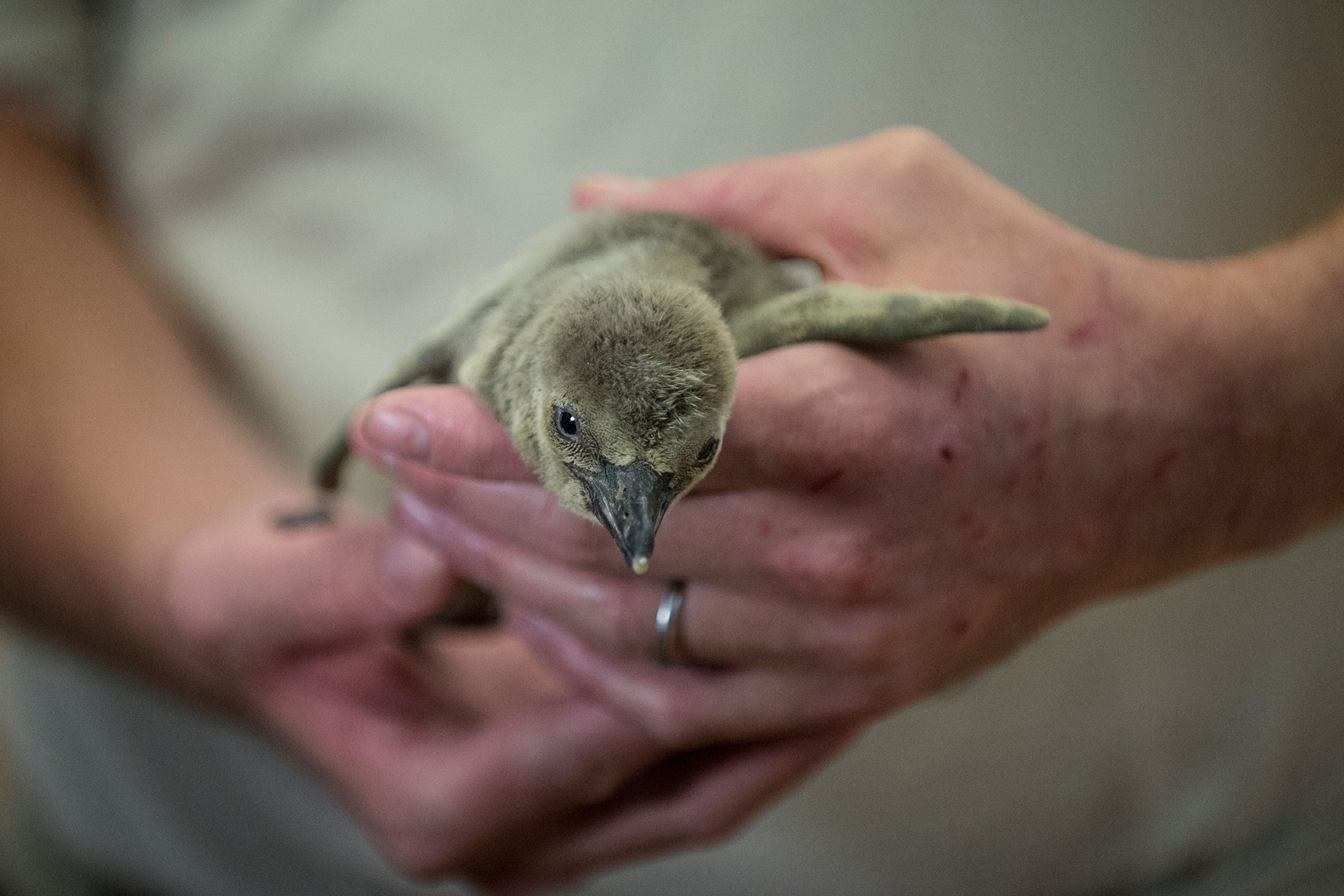 An animal keeper holds the one month old Humboldt penguin baby at the Zoo in Prague on Nov. 11. 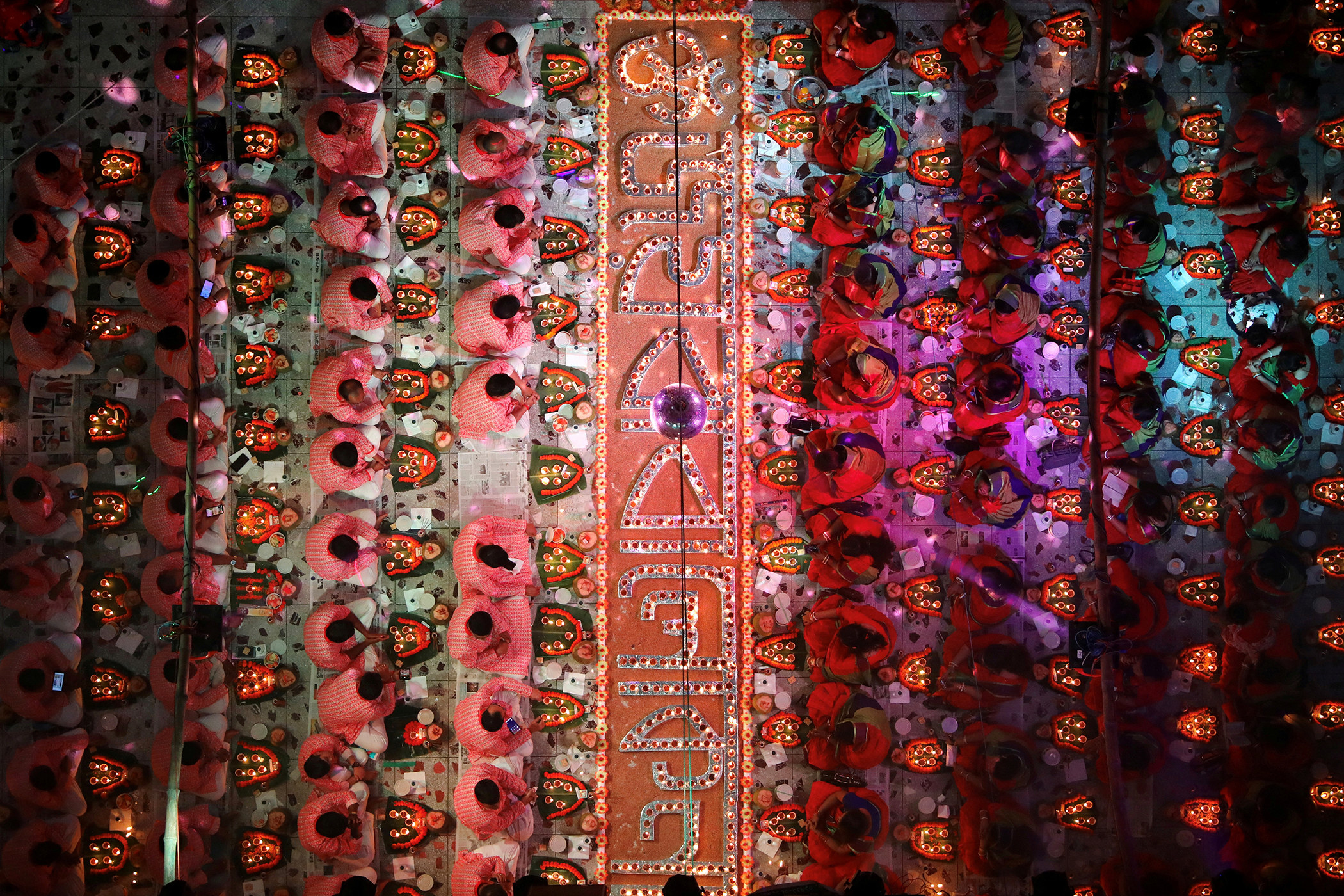 Hindu devotees sit together on the floor of a temple to observe Rakher Upabash, in Dhaka, Bangladesh, on Nov. 12. 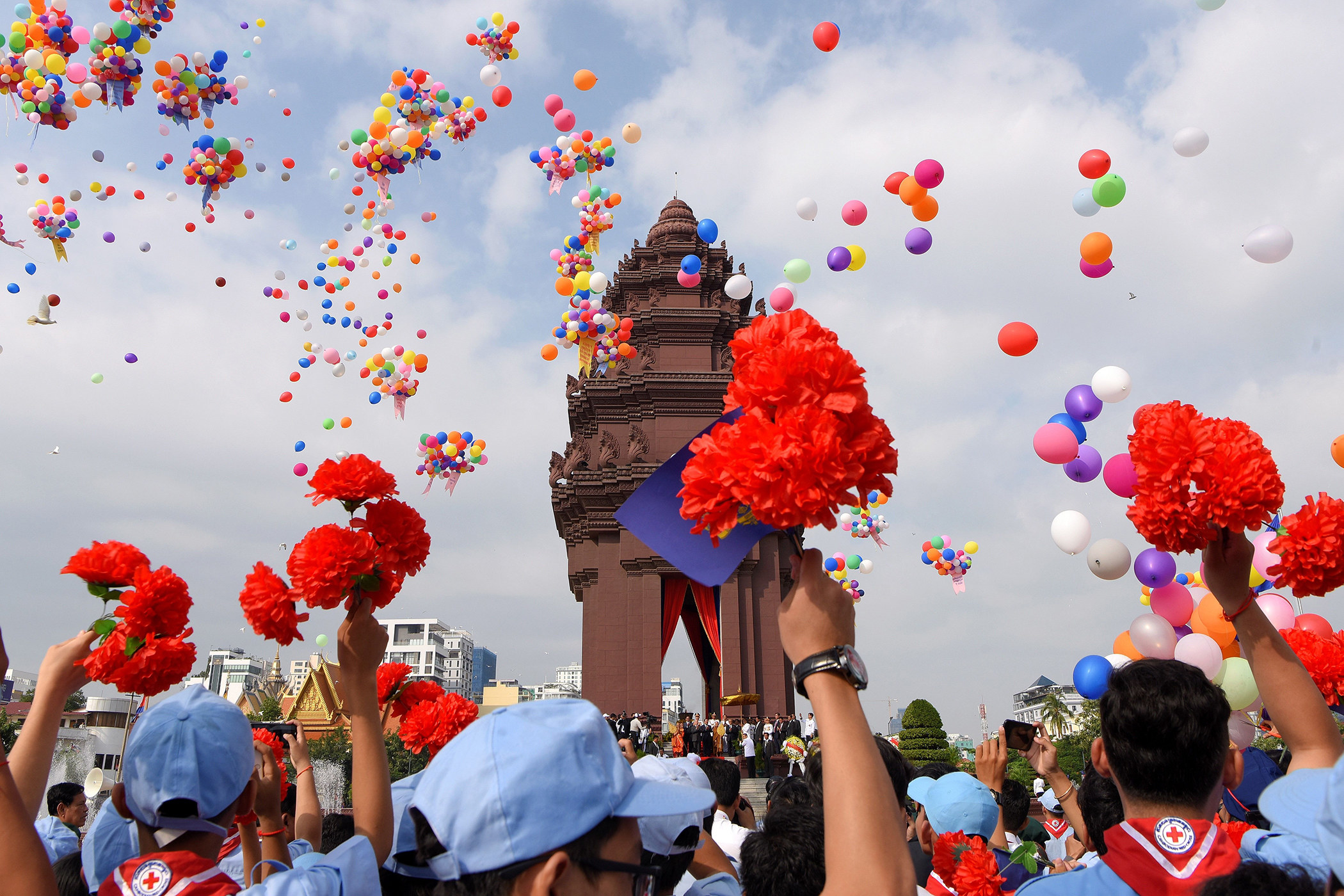 Balloons are released near the Independence Monument during a ceremony marking Cambodia’s Independence Day in Phnom Penh on Nov. 9.