30 Christmas Movies You Can Watch on Netflix Right Now 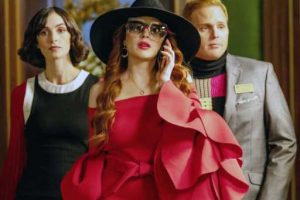 On a cold, snowy night, there’s nothing better than grabbing a cup of hot cocoa and enjoying this season’s finest Christmas movies. Once, that might have meant flipping on cable for a Christmas movie marathon, but these days, there’s only one place we’re looking for our holly jolly holiday needs, and that’s Netflix, purveyor of instant-classic originals like The Princess Switch and true classics like Jim Carrey’s How the Grinch Stole Christmas. Just hit play and let the good times roll.

This year, Netflix is doing its level best to keep spirits high so long as we’re binge-watching. Did you gobble up The Christmas Chronicles last year with Kurt Russell and Goldie Hawn? Good! Because you can binge that along with Christmas Chronicles 2. Then there’s John Legend-scored family-friendly Jingle Jangle starring Forest Whitaker and Phylicia Rashad, Dolly Parton’s magical Christmas on the Square, all three A Christmas Prince movies, new Emma Roberts rom-com Holidate and so much more. (And don’t think we forgot about Lindsay Lohan’s return to acting in Falling for Christmas!)

We promise, there’s something for everyone on Netflix’s Christmas list this season, from the fussiest kid to the pickiest in-law. And no matter how much you might be feeling like a grinch this time of year, there’s no better way to snap into the holiday spirit than watching one of these wintry picks.

Let Netflix do the entertaining for you this holiday season with Yuletide romps like Klaus, A Very Murray Christmas, and so much more.

A version of this article was originally published in Dec 2016.