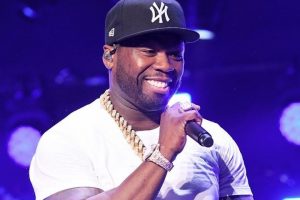 Entertainment and music mogul 50 Cent has officially signed on to produce and star in the upcoming horror movie Skill House from Proxima Media. The film will also be produced under his compay G-Unit Film & Television banner.

According to Deadline, 50 Cent joins a cast that is led by TikTok star Bryce Hall and other additions like Lea Pipes, Paige Vanzant, McCarrie McCausland, Ivan Leung, Neal McDonough and more. The film is slated to be directed by Josh Stolberg who will be examining “social media and influencer culture, and what those new to the sphere are willing to do to attain fame.”

This project adds to 50 Cent’s repertoire of projects in the film and TV industry, recently executive producing, directing and co-starring in Starz’s hit series Power. He has now expanded that universe with multiple spinoffs including Power Book II: Ghost, Power Book III: Raising Kanan and Power Book IV: Force. 50 Cent took to Instagram on Monday to share the news. Check out his announcement below.

In other entertainment news, Taika Waititi reveals he would love to return for Thor 5.
Source: Read Full Article