Home » Entertainment » 7 Things to Do This Weekend

7 Things to Do This Weekend 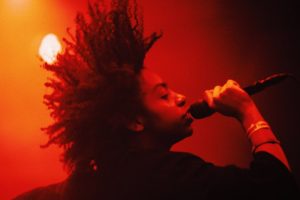 Our critics and writers have selected noteworthy cultural events to experience virtually or in person in New York City.

Global in Scope and Reach 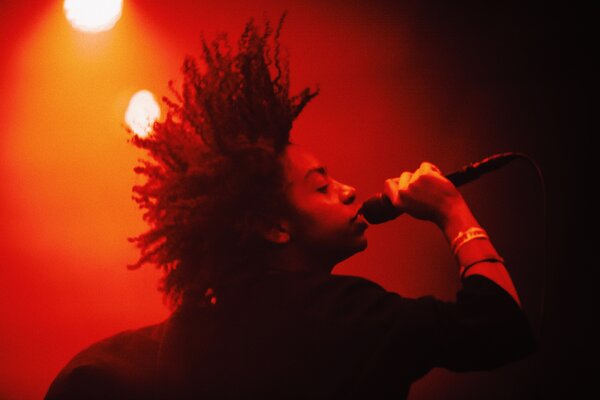 The Afropunk festival has been steadily scaling up for years, growing over a decade and a half from a scrappy showcase with 100-odd attendees to an international franchise. While its regularly scheduled programming is on hold this year, its organizers are aiming for a truly global reach with Planet Afropunk, a three-day virtual celebration that begins on Friday.

Punk music is central to Afropunk’s origin story, but its genre loyalties eroded as its audience grew. This is reflected by the weekend’s lineup, which ranges from the veteran Chicago rapper Common to the South African thrash band TCYIF. Fresh faces in the mix include Dua Saleh, a Sudanese-American artist with a commanding delivery and an experimental bent, whose recent EP, “Rosetta,” pays tribute to Sister Rosetta Tharpe, one of rock’s great pioneers. Moses Sumney will bring his bewitching falsetto; Ari Lennox will supply slinky R&B tunes; Yves Tumor, Meshell Ndegeocello, Smino and others will also perform.

In addition to musical performances, Planet Afropunk will offer a series of talks, readings and virtual art experiences. The festival will stream Friday, starting at 11 a.m. Eastern time, through Sunday at planetafropunk.com. Access to the broadcast is free — a welcome callback to the festival’s humbler roots.
OLIVIA HORN

ABC’s Reject Is a Festival’s Treasure

In the late 1990s, sometime after Stephen Colbert appeared on “The Dana Carvey Show” and before he broke through as a star in his own right on Comedy Central, the late-night talk show host co-wrote a comedy pilot for ABC: “Sometimes Live,” which was set behind the scenes of a variety show akin to “Saturday Night Live.” Unfortunately, it never made it to the small screen.

But now that pilot will have its day: To close out the ninth annual Montclair Film Festival this weekend, Colbert assembled a crack team of actors, comedians and writers for a taping of the first-ever table reading of “Sometimes Live.”

“You will notice a lot of references from the ’90s in this script, so do enjoy those,” Colbert says at the beginning of the virtual read-through. The celebrity ringers include Dana Carvey, Sheryl Crow, Jackie Hoffman, Keegan-Michael Key, Suzy Nakamura, Bob Odenkirk and Robert Smigel. Also along for the ride are Dino Stamatopolous, Mike Stoyanov and Scott Adsit, who wrote the pilot with Colbert.

“Lost Pilot Project: Sometimes Live” will screen on Sunday at 7:30 p.m. Eastern time. Admission is $12, with all proceeds benefiting Montclair Film’s local programs. Ticket holders will receive a link to the broadcast on the day of the event.
SEAN L. McCARTHY

ABT Dances From A to Z

If your children are mastering the alphabet, American Ballet Theater offers an event that will help keep them on their toes — a position that members of this company adopt frequently.

On Saturday at 11 a.m. Eastern time, the troupe will host ABTKids 2020: B Is for Ballet. Streaming on Ballet Theater’s YouTube channel, this free half-hour celebration is a pas de deux between performers and the picture book “B Is for Ballet: A Dance Alphabet.” Written by John Robert Allman and illustrated by Rachael Dean, the text explores the world of ballet through the world of letters, and vice versa.

The actress and balletomane Jennifer Garner, who narrates the recorded program, will read the entire book, which Random House recently published in a partnership with the dance company. Children can follow three young students from the American Ballet Theater Jacqueline Kennedy Onassis School as they undertake the author’s rhyming journey, which begins with “A is for arabesque …”

The presentation will also feature segments with company dancers and filmed excerpts from productions including “Swan Lake,” “Giselle,” “The Sleeping Beauty,” “The Firebird” and “The Nutcracker.” Audience members may come to identify with a line from the book’s finale: “Z is for the zeal of fans who love the ballet so …”
LAUREL GRAEBER

The Drawing Center exhibition “100 Drawings From Now,” on view until Jan. 17, clears up a common misconception about the extent of an artist’s solitude. Though art is typically made alone, artists don’t necessarily block out the world while creating it — quite the opposite, in fact, and the events of 2020 were no exception.

The artists in the show responded to the disruption and tragedy of the pandemic and intensity of our political climate by getting to work. The results are as unique as the circumstances. The collage drawings, particularly by the artists Rina Banerjee and Deborah Roberts, are quite effective in representing the sense of dislocation many people felt during the lockdown. The abstract, sketchlike quality of the monochromatic pieces by Paul Chan and Rashid Johnson capture the tangle of our emotions therein — anxiety, anger, fear. Brooding, figural portraits, from artists like Jennifer Packer and Curtis Talwst Santiago, also beautifully evoke these feelings. Some artists offer depictions of introspective places, like Francesco Clemente’s seascape or William Kentridge’s image of a lone tree.

The ways that one could have grappled with the tumult of 2020 are countless, and this collection is a good start at conveying at least 100 of them. To take it in, reserve a free, timed-entry ticket at Eventbrite.
MELISSA SMITH

The Many Faces of Willy Loman

When Brian Dennehy died in April, all the obituaries singled out his towering, Tony Award-winning performance in the 1999 Broadway run of “Death of a Salesman.” Writing in The New York Times when the revival of Arthur Miller’s tragedy opened, Ben Brantley was awed by Dennehy’s performance as Willy Loman, with the actor pulling off “a grand emotional expansiveness that matches his monumental physique.”

Luckily, Showtime filmed the production with its original cast. Long unavailable, the recording is surfacing again, through Sunday at Playbill’s website, in a joint venture from that media company, Chicago’s Goodman Theater (where Robert Falls’s production originated) and the Actors Fund. The play is free, but donations to the fund are encouraged.

Comparing and contrasting different actors’ takes on the same theatrical role is usually difficult, if not impossible, but now, thanks to the internet, we can watch two other renowned performances in Miller’s classic drama. Lee J. Cobb originated the title character in 1949 and reprised it in a 1966 adaptation that’s streaming on the subscription-based BroadwayHD. In 1984, Dustin Hoffman starred as the doomed salesman on Broadway. You can check out what he made of Willy Loman in a television film released the following year by Volker Schlöndorff; it is available to buy or rent at Google Play, iTunes and other streaming platforms.
ELISABETH VINCENTELLI

Healing Vibes From a Fly Dimension

If you’ve seen David Byrne’s “American Utopia” — either the live Broadway show or the new filmed version on HBO, directed by Spike Lee — you already know the artist Tendayi Kuumba, even if you might not realize it. Part of the effortlessly multitasking band that shares the stage with Byrne, Kuumba is one of the charismatic singer-dancers often at his side, hitting every note of the precise and poetic choreography by Annie-B Parson.

A luminous presence in this high-profile production, Kuumba also makes her own transporting work on a more intimate scale. For Danspace Project’s digital fall season, she and her collaborator Greg Purnell — a visual artist, barber and music producer — have released “U.F.O: ‘The Mixtape,’” a 45-minute video collage that they describe as “a healing vibration for the time we’re in, presented in the form of an intergalactic radio show.” With contributions from the dance and vocal artists Courtney Cook, Jasmine Hearn, Angie Pittman, Samita Sinha and Tatyana Tenenbaum, the project weaves together original music (also available on SoundCloud) with a dreamy cascade of images that at once reflect current realities — protests, Zoom calls — and gesture toward future worlds. The video, which was released Oct. 14, is available to stream at danspaceproject.org.
SIOBHAN BURKE

Worlds of Calm and Chaos

The label Unseen Worlds has done brisk trade with timely reissues, including masterly surveys of works by the composer Laurie Spiegel. But the imprint ushers new recordings into the classical music firmament, too. Its most recent release focuses on the pianist James Rushford’s account of “Música Callada” — a catalog of luminous piano solos written in the midcentury by the Catalan composer Federico Mompou.

Inspired in part by Erik Satie, Mompou composed works for this series that rarely deviate from a reflective mood. But Rushford revels in finding minute differentiations of expression within the general climate of calm. As a bonus, the pianist’s own solo work for piano, “See the Welter,” rounds out the album.

Stone’s recording goes well with “~/Library/Mouth/Congress/,” the latest independent effort by Mikel Rouse, set for release on Friday. Another American composer with a penchant for samples, Rouse assembles his fieriest collection in recent years, and it turns on politically pointed (or exhausted) opuses like “Spokecard.” On these and other tracks, he employs samples provided by the Library of Congress’s open-source Citizen DJ tool.
SETH COLTER WALLS

END_OF_DOCUMENT_TOKEN_TO_BE_REPLACED

END_OF_DOCUMENT_TOKEN_TO_BE_REPLACED
We and our partners use cookies on this site to improve our service, perform analytics, personalize advertising, measure advertising performance, and remember website preferences.Ok