‘7th Heaven’ Stars: Then and Now 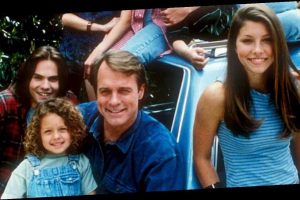 The love of family. The cast of 7th Heaven has come a long way since the series ended in 2007 after 11 seasons and 243 episodes.

Several cast members forged unbreakable bonds while filming the show, including Biel and Mitchell, but their friendship was not always easy. “We used to butt heads and she used to drive me fricking nuts and we used to literally want to battle,” the Hollywood Darlings alum told Us Weekly exclusively in September 2019. “There were times where I just remember going home, because we would carpool home [from the 7th Heaven set], and we would just yell at each other all the time.”

Now, the duo consider each other real-life family. “I call her like my sister,” Mitchell gushed at the time. “I don’t have brothers and sisters, so she has always been that type of relationship for me because I’m an only child. I adopted her, whether she likes it or not. She doesn’t have a choice.”

Mitchell raved about Biel in July 2020 while pregnant with her third child. “We don’t have to talk all the time, but when we do, it’s always great and heartfelt and I always leave the conversation feeling uplifted and full,” she told Us. “She’s been very supportive and very excited. She’s a phenomenal friend, and I’m very grateful for our friendship.”

As for whether a revival is possible, the Saw II actress teased in 2019 that series creator Brenda Hampton has discussed it, noting that it’s about “finding the place that would welcome us and that would be the right place.”

The show has not been without its controversy since wrapping, though. Collins admitted to sexually abusing young girls in a recording released by TMZ in 2014. He later clarified in a December 2014 interview with Katie Couric that he exposed himself to teens in the past. The actor denied being a pedophile, claiming he “had a distortion in my thinking where I acted out in those ways.” The cast has since reunited without Collins in attendance.

Scroll to see the stars of 7th Heaven then and now.