9 TV Shows About Modern Moms to Binge on Mother's Day

Mother’s Day is coming up quick and the chances are good that you forgot about getting your mom a gift this year; I know I did (sorry, Mom). But what if you were able to give your mom a gift that is so perfect and easy to give and — bonus — you don’t have to spend a ton of money on it? Sounds like a pretty great deal, right? I come to you with the suggestion of gifting your mom a television binge session for her Mother’s Day where she can watch tons of shows geared towards modern motherhood.

Believe it or not, television is getting a lot of things right about motherhood at every age, in every kind of living situation and as it affects moms in different socioeconomic backgrounds. Being a mom is not an easy job and shows like I’m Sorry, The Letdown and Workin’ Moms get extremely honest about it. These days, it’s not just about doing what’s right for your children, but also about making sure you’re doing what’s right for you, as a mother. These shows understand that finding that balance or being honest with yourself when being a mom gets rough or even finding a reliable support system as a mother is tough as hell. But they also understand that being a mom today comes with lots of victories and that the magic of watching your kids grow up is unparalleled.

So, which shows about modern motherhood should you recommend your mom watch on Mother’s Day? Keep clicking to find out. 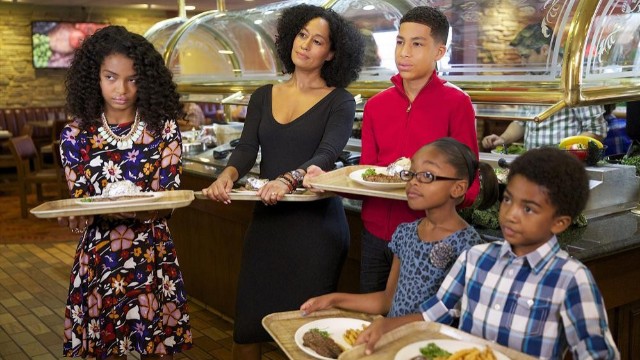 Black-ish has planted its flag in the ground as a game-changing show since it premiered in 2014, but what it does best is unpack modern motherhood as seen through the eyes of biracial working mom Bow Johnson (Tracee Ellis Ross). Bow is a doctor and a mother of five, trying to successfully parent her children aged infant to college sophomore and it’s tough, tough, tough, especially when Bow has to sit down and have serious, necessary conversations with her kids about race relations in America. 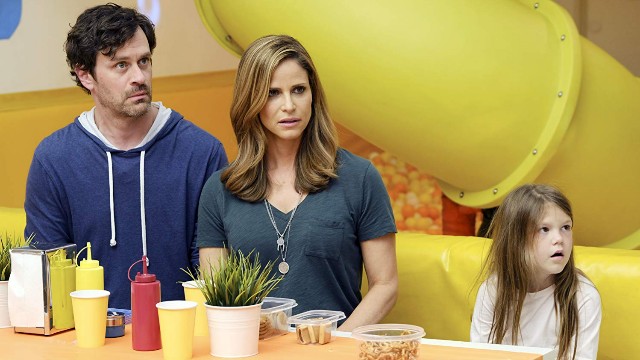 Actor and comedian Andrea Savage’s I’m Sorry is a brutally honest and hilarious look at just how weird being a mom can get. On the show, Savage plays modern mom Andrea, who lives in Los Angeles with her family and works as a writer. Andrea’s unfiltered, relaxed, no BS approach to parenting is refreshing, especially because she regularly acknowledges just how weird things like setting up playdates and talking to her daughter in an appropriate way about sex can really be.

Watch it all go down here. 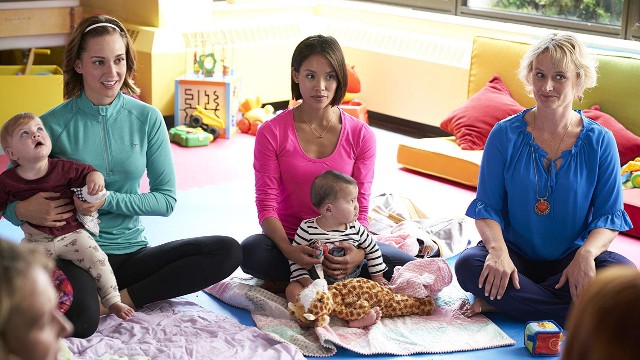 Canadian TV series Workin’ Moms is stellar to watch, especially if you’re a mom who is juggling all the new mom feels while trying to maintain your regular work schedule. The show deals with everything from mom guilt to creating a parenting schedule that works for the entire family.

Season one is available now to watch on Netflix, and with 13 episodes at 22 only minutes apiece, you can get through the whole season between brunch and daytime activities on Mother’s Day. 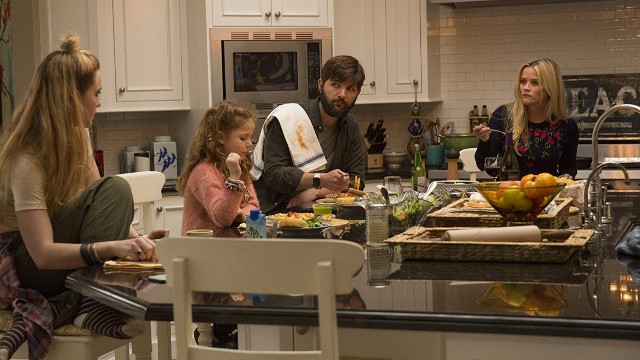 Big Little Lies made room in its dramatic narrative to give us a look at a different kind of parenting: one that is rooted in extreme wealth but comes with all of the problems that every mom faces. Sure, these Monterey moms are dealing with the fallout of a murder, but they’re also navigating the cutthroat world of elite public schools, their kids getting birth control without their knowledge and celebrating all of the ways their kids brings joy to their day. 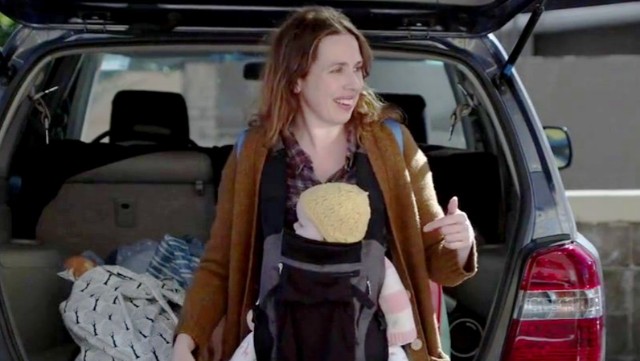 Australian comedy The Letdown looks at all the highs and lows of modern motherhood. The show follows new mom Audrey, who is dealing with the seismic shift motherhood has brought to her personal and professional life. Gone are the days of partying, working late and spontaneous sexy time with her husband. Instead, it’s new mom workshops at the community center, Ferberizing your baby and navigating the perils of breastfeeding in public.

The Letdown is a revelation, so head over to Netflix to watch the first season in its entirety. 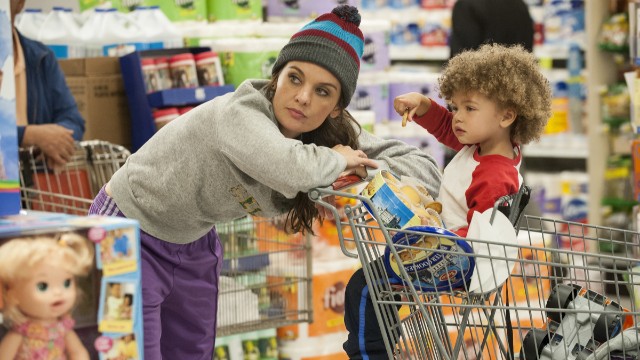 SMILF stars Frankie Shaw as a 20-something mom Bridgette who is handling life as a single, working mom the best way she knows how — and it doesn’t always go according to plan. What’s refreshing about this show is that Bridgette is a working-class mom and young woman who has to make get by with little resources at her fingertips, allowing for a deeply honest conversation about how real moms (not TV moms with tons of options) actually make it work.

Stream SMILF on Amazon Prime Video and make sure to watch both available seasons, which come in at 10 30-minutes episodes per season. 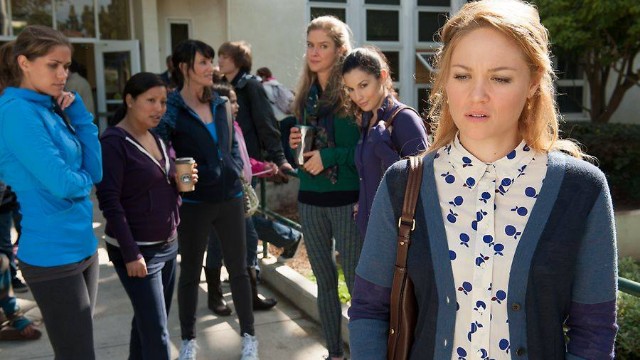 NBC’s Parenthood was a staple on the network for six seasons, giving us a look at the many branches of the Braverman family and all of the unexpected highs and lows life threw their way. The Braverman siblings all have their own kids of varying ages, giving you a look at the trials, tribulations and joys of parenting elementary age kids, middle schoolers, high schoolers and beyond.

You can watch a handful of episodes (or maybe binge an entire season, depending on how ambitious you feel) over on Netflix. 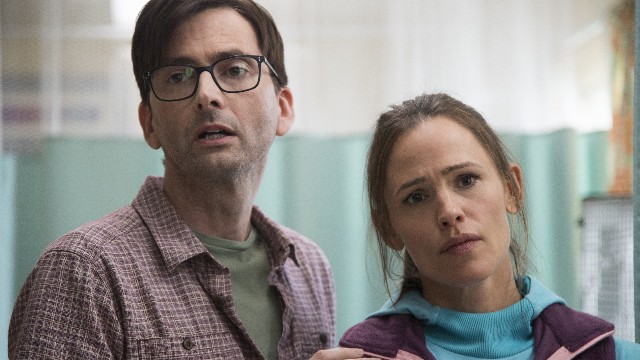 Sure, Camping is largely about the uncomfortable weekend camping trip a group of friends take for someone’s birthday. But what Camping gets so right is the quiet examination of two styles of modern parenting: helicopter parents and hands-off parenting. Both styles gets some mixed results and the way these parents react will no doubt have you, Mom, laughing as you watch. 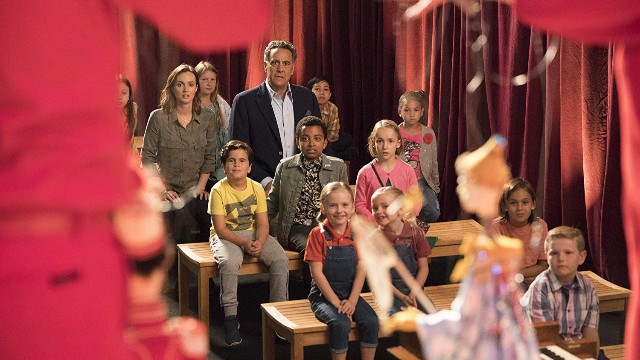 ABC comedy Single Parents is a very hilarious and honest look at a group of divorced and single parents who have banded together and formed their own little support system for their kids, who are also friends. The show is big on depicting how these parents end up coparenting one another’s kids (it takes a village, after all), but it also makes a point to show that parenting can be one of the most rewarding experiences possible.