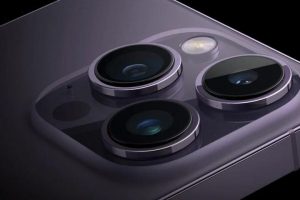 Apple released their lineup of iPhone 14 models to great fanfare last week, but buyers of the iPhone 14 Pro and iPhone 14 Pro Max quickly noticed that something was amiss with their cameras — namely that they’d shake, rattle and roll (word to Big Joe Turner) whenever they were used through a third-party app like Instagram or TikTok. The company is aware of the bug, and thankfully they’re taking quick action to fix it: a brand spokesperson told MacRumors that a fix should be arriving sometime next week.

Social media has been lit up with complaints about the issue, indicating that it’s widespread and not limited to a single batch of phones. However, the fact that Apple is able to address it with a simple software update means that it’s not a problem related to either phone’s hardware. It could also mean that the third-party apps haven’t properly been updated to address the iPhone 14’s camera changes. The shake could have also been related to the phones’ optical image stabilization feature, created to counteract the effects of an unsteady hand. With the iPhone 14 Pro starting at $999 USD and the iPhone 14 Pro Max starting at $1,099 USD, the news of the fix is a relief to buyers and potential buyers alike.

For more from the world of Apple, get up close and personal with the iPhone 14 Pro, Apple Watch Ultra and AirPods Pro 2 right here.
Source: Read Full Article