Home » Entertainment » A Game Of Thrones sequel is officially in the works, but will this fan favourite make a return?

A Game Of Thrones sequel is officially in the works, but will this fan favourite make a return? 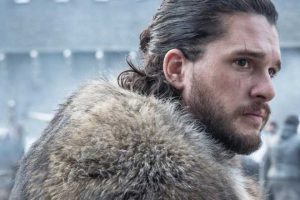 A live-action Game Of Thrones spin-off series centred on the fan-favourite character Jon Snow is in the works at HBO. Here’s everything we know so far.

The countdown to the arrival of HBO’s upcoming Game Of Thrones prequel House Of The Dragon may officially be on, but fans of the blockbuster drama won’t only be journeying back in time for a chance to immerse themselves in George RR Martin’s fantasy universe.

Why? Because the first Game Of Thrones sequel is in the works at HBO, and it’s bringing back one fan-favourite character to explore what new adventures lie in store beyond the wall.

Sky’s House Of The Dragon: the new trailer for The Game Of Thrones prequel series points to an epic battle of power

According to The Hollywood Reporter, the network has entered into early development on a live-action spin-off series focusing on Kit Harington’s popular character Jon Snow.

A pivotal figure throughout Game Of Thrones, the series finale saw Snow banished from Westeros for killing Daenerys Targaryen (Emilia Clarke), his lover and newly revealed aunt. The potential heir to the Iron Throne then journeyed north of the wall with the Wildlings to leave his old life behind.

Kit Harington as Jon Snow in Game Of Thrones

The as-yet-untitled show will take place after the events of Game Of Thrones, and see Harington, who was twice nominated for an Emmy for his portrayal of Snow, reprise his role as the exiled Night’s Watchman should the series move forward.

This development means there are now seven projects in HBO’s Game Of Thrones franchise. Three years after HBO’s most popular – and most Emmy Award-winning – series of all time came to an end, the network has greenlit a number of spin-offs, including live-action prequels 10,000 Ships, Tales Of Dunk And Egg, Nine Voyages and the upcoming House Of The Dragon prequel series about the fall of House Targaryen, which debuts in August.

Kit Harington as Jon Snow in Game Of Thrones

The new spin-off would be the first time HBO moves the timeline of Game Of Thrones storyline forward, and as one of the most popular characters in the franchise, he seems well suited to a deeper exploration of George RR Martin’s universe.

Game Of Thrones fans will know, of course, that the series ended with a good number of survivors that could potentially lead their own spin-off. Whether other fan-favourite characters such as Arya Stark (Maisie Williams), Sansa Stark (Sophie Turner) and Brienne of Tarth (Gwendoline Christie) will put in return appearances remains to be seen –but this sequel already has the potential to be television gold.