Chad King is hopeful audiences will come away from his band’s latest musical project with a renewed awareness of the struggles many LGBTQ people continue to face in 2021.

As A Great Big World, King and bandmate Ian Axel unveiled the video for their latest single, “Boys in the Street,” on Wednesday. Directed by Se Oh, the clip uses modern dance to convey a story about a young gay man (alternately played by Aydin Eyikan and Travis Wall) and his fractured relationship with a homophobic father (Colin Cunliffe). Sadly, it’s only after the father’s health starts to fail that he comes to embrace his son without prejudice.

“Boys in the Street” was originally performed by Greg Holden, who collaborated with A Great Big World on 2015’s “When the Morning Comes” and co-wrote “American Idol” winner Phillip Phillips’ debut single, “Home.”

In some respects, “Boys in the Street” echoes the sentiments of Harry Chapin’s 1974 classic, “Cat’s in the Cradle﻿” but sung from the perspective of a child instead of a workaholic parent. King felt an instant connection to the song after hearing Holden perform it on tour.

Catch the “Boys in the Street” video below.

“I’ve spent many years in therapy reflecting on my childhood traumas,” said King, who is gay. “And this song, in only 3 minutes, forces me to reflect on those traumatic moments but also feel for that little Chad that had to go through them. This song has been so healing for me, and I hope it can be for others, too.”

The video also gave Axel and King the chance to collaborate with Wall, beloved by dance aficionados for his Emmy-winning choreography on Fox’s “So You Think You Can Dance.”

“We’ve been fans of Travis’ for a while now and have always wanted to work with him,” Axel said. “We’ve just been waiting for the right moment, and this felt like it. There are few choreographers who make our hearts burst like Travis does.”

A Great Big World rose to fame in 2013 with their breakthrough hit, “This Is the New Year.” Their followup single, “Say Something,” became an international smash when it was re-recorded as a duet with Christina Aguilera that same year. The following year, the song nabbed the band and Aguilera a Grammy for Best Pop Duo/Group Performance. 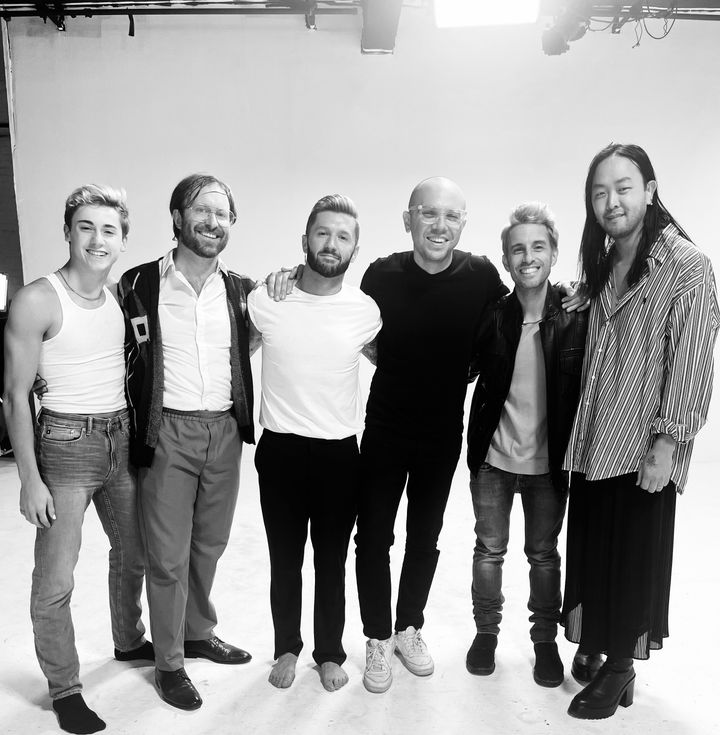 Axel and King expect to release their third album in August, and are also at work on a theater project. They also believe listeners will find value in the “quiet” message of “Boys in the Street” after a tumultuous year defined by the COVID-19 pandemic and political strife.

“We produced the song in a way that forces you to hear the narrative being told,” King said. “I’d love for people to connect with the honesty and authenticity of the story behind the song, and to maybe have an awareness and appreciation for someone else’s struggles and differences in a way they haven’t had before.”