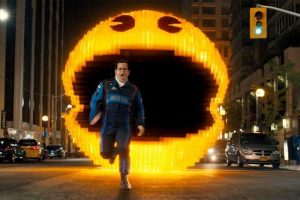 A live-action film based on the classic arcade game Pac-Man is currently being developed by the original company behind the video game, Bandai Namco Entertainment, and Wayfarer Studios, led by Justin Baldoni and Steve Sarowitz. First released in 1980, Pac-Man is a game where players control a munching yellow puck who must eat all the dots in the maze while avoiding colored ghosts. The game was a widespread commercial success, becoming one of the best-selling games ever, and continues to permeate into contemporary culture.

According to The Hollywood Reporter which first broke the news, the film will be based on “an original idea from Chuck Williams (Sonic the Hedgehog) of Lightbeam Entertainment.” Justin Baldoni, Manu Gargi, and Andrew Calof from Wayfarer Studios will be joined by Chuck Williams and Tim Kwok from Lightbeam for the development of the film.

Stay tuned for more details to arrive in the coming months.