Home » Entertainment » A Pioneering Photographer, Bare in the Back Country

A Pioneering Photographer, Bare in the Back Country

RENO, Nev. — The California photographer, poet and mountaineer Anne Brigman broke boundaries by any era’s standards. Nearly a century before the memoirist Cheryl Strayed (“Wild”) laced up her hiking boots and took a walk on the wild side in the Sierra Nevada mountain range — a precursor to millennials’ obsession with forest bathing — Brigman was going on expeditions deep into its Desolation Valley and Donner Summit around Lake Tahoe. Never mind these were inhospitable areas ridden with predators and imposing, hellish granite outcrops.

Residing most of her life in Oakland, Calif., she typically arrived to Sacramento by stagecoach and set out on foot without the luxury of the trails and maps hikers have today. The occasional guides who set up her campsites were bewildered by her choice of terrain, barely explored by the nascent Sierra Club.

“Fear is the great chain which binds women and prevents their development, and fear is the one apparently big thing which has no foundation in life,” she told The San Francisco Call in 1913. 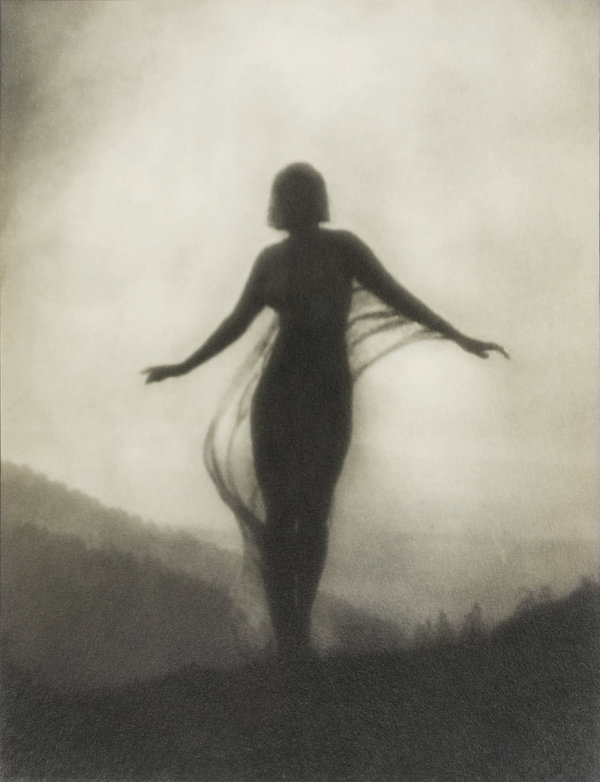 In a later article, she said, “I wanted to go and be free.”

The Kardashians and their attention-seeking ilk can’t hold a candle to her moxie. The self-taught Brigman photographed herself nude in her beloved, gnarled landscape — her performance theater, really — beginning in 1905. The act is believed to have birthed one of the first, nude photographic self-portraits by an American woman, and possibly by a woman worldwide. Heightening the sensationalism, she did so after losing a breast in a freak accident at sea.

A childless proto-feminist who strongly supported the suffragist movement, she preferred knickerbockers and tunics for her treks when most Edwardian-age women wore corsets and ground-grazing dresses in the great outdoors. In yet another bold move, Brigman ditched her husband, a much older ship captain whom she latched onto as her ticket to travel the world, in 1910; tending to him in retirement back home wasn’t exactly what she had in mind.

While her artist peers continue to rack up show after show (Georgia O’Keeffe and Frida Kahlo have been rediscovered as art institutions’ golden geese), Brigman remains relatively unknown even in her own backyard, despite a period of international notoriety as the only fellow west of the River in the Photo-Secession, Alfred Stieglitz’s fine-art photography group. It has taken 68 years after her death in 1950 for her to receive her first major retrospective, organized by the Nevada Museum of Art in Reno, Nev. “Anne Brigman: A Visionary in Modern Photography,” which runs through Jan. 27.

She was “very interested in living in harmony with nature and seeing the female body as interconnected with place and with trees and with all of the elements,” said Ann M. Wolfe, the museum’s senior curator and deputy director, who organized the exhibition.

Ms. Wolfe also edited its 400-page catalog, the first comprehensive book about Brigman, which Rizzoli Electra has published along with a reprint of Brigman’s breathtaking book of poetry, “Songs of a Pagan” (1949). “I felt it was important not to have just a book of beautiful plates but to really start to lay out an archival research resource,” Ms. Wolfe said. She said she hoped it would spur an understanding of the significance of Brigman’s work.

The multimedia presentation begins with her childhood in Hawaii, a mango-sweetened swirl of exotic experiences at odds with her daughterly duties as the eldest child in a large missionary family. Photographs by her mentors and contemporaries as well as block prints and a drawing add context to her oeuvre. Many viewers are surprised to learn she was also a gifted poet, whose verses are as moving and relatable as lyrics by Bob Dylan and Neil Young. The majority of the exhibit’s correspondence focuses on her long-term relationship with Stieglitz, her biggest champion.

“Laid Bare in the Landscape,” the Nevada Museum’s concurrent group show, examines her undeniable legacy through 16 female contemporary artists, including Ana Mendieta and Judy Chicago, whose works also stage their bodies amid the landscape.

“I was just so moved by the fact that so many of our visitors right here in northern Nevada, not more than 50 miles from where Brigman made some of these photographs, that nobody knew her name,” Ms. Wolfe said.

Brigman slipped through the cracks of the art history canon in the perfect storm. Though ahead of her time in practically every facet of her life, from tiny homes to recognition of first nations, she was part of the pictorialist movement, whose romanticized portraits of white-attired women in gardens missed the modernist zeitgeist that propelled artists she influenced to 21st-century relevance. Edward Weston, Imogen Cunningham and O’Keeffe were just a few fans. Her Bay Area art circle’s stronghold further crumbled from San Francisco’s catastrophic earthquake and fire in 1906.

Not helping matters are her unorganized archives, and the fact that she began her photography career late, at 32. Because she tossed out some of her early work, the retrospective makes do with reproductions in archived issues of Camera Craft. Michael Wilson, the James Bond film producer and art collector who lent 80 works for the show, purchased an entire cache from someone’s dumpster-diving score in the 1980s.

“Not many pictorialists would have this kind of show today,” he said, of museums’ shift toward contemporary art. “Contemporary women artists like Judy [Chicago] take you by the neck and shake you. They provoke reaction but not an emotional state. It’s not about aesthetics and beauty like Anne’s photos.”

“Heart of the Storm,” the Brigman photograph he acquired at an auction — and exhibited here — synthesizes her artistic trademarks. It drove photography purists crazy that she manipulated negatives and prints with tools like a stylus or paint as if using Photoshop. They dismissed these multimedia composites within the fledgling medium as an art form. The exhibit demonstrates her step-by-step process with “Heart of the Storm,” an iconic image of two hamadryads, classical mythology’s tree-huggers, from her recurring cast of Pan and his fellow wood nymphs.

“Her hybrids of beautiful women tied to grotesque trees are about pain, suffering and death. Brigman believed that suffering was liberating and the only way to grow,” said Kathleen Pyne, a professor emeritus of art history at the University of Notre Dame and contributor to Ms. Wolfe’s catalog, who recently completed the biography “The Photographer of Enchantment: Anne Brigman.” “Stieglitz wanted more hybrids because of their shock value and thought she had created something completely unique and extraordinary.”

No romantic interest has ever been documented, but Brigman, Stieglitz and O’Keeffe were definitely involved in an art triangle. O’Keeffe was floored by Brigman’s work; the former’s paintings of dying junipers are inspired by the latter’s themes of suffering in the natural world, according to Ms. Pyne. Stieglitz had high hopes for Brigman, hosting her in New York with a solo show in mind at his Gallery 291. But, paradoxically, the seasoned adventuress feared becoming lost in the metropolis and got her bearings by imagining skyscrapers as summits along a trail. Stieglitz eventually grew frustrated with her inferior printing technique and with not having enough stellar images to fashion a proper exhibit. She favored gelatin silver bromide before finally learning platinum printing, the Photo-Secession’s accepted process, during her time in New York.

She never really fit in with Stieglitz’s salon and city, seeking a breath of fresh air in Maine. He bought into the theories of Havelock Ellis, the founder of modern sexology, that linked artists’ work and their sexuality, particularly concerning female artists. But eroticizing nudes wasn’t her thing. Brigman went back to the West Coast for good, and Stieglitz eventually fulfilled his Pygmalion fantasy with the more compliant O’Keeffe.

Both women artists defended their nonsexual intentions, that sometimes a flower is just a flower, and a tree or rock is also just that. Brigman found other clever ways to thumb her nose at the male establishment. In the exhibit’s photograph “Dawn,” she lounges atop Donner Summit like Édouard Manet’s “Olympia” to revisit the site of Timothy O’Sullivan’s and Carleton Watkins’s hypermasculine photographs. Whereas their references to industrial progress, such as the Transcontinental Railroad, celebrate Manifest Destiny within the age-old conflict of man versus nature, she merely wanted to exist in nature and become one with nature through her body and free spirit.

“She places herself in the very foreground of this very iconic vista in the Sierras, and you can see she has manipulated the image in the darkroom to create this idealized representation of female beauty,” Ms. Wolfe said.

Confronting Brigman’s remarkable life and poetry — not to mention her spunk and tenacity — can leave visitors teary-eyed, observers at the museum noted. Her contemporary art descendants in the adjacent galleries don’t come close to instilling the same effect. Considering Ms. Strayed’s “Wild” was made into a major motion picture, Ms. Wolfe, the curator, and her colleagues wonder if it’s Brigman’s turn. They’re having fun imagining which actresses would play her in different life stages.

“I’m in the movie business, and there just isn’t enough drama,” said Mr. Wilson, the producer.

Maybe that was exactly the point.