A Pregnant Woman Avoids Transit, Parents Battle in Court and Other Tales of Measles Anxiety

A 40-year-old pregnant woman who fears catching measles on the New York City subway walks eight miles round trip from her home in Brooklyn to her job in Manhattan.

Two New Jersey parents who don’t agree about vaccines and are now getting divorced have asked a judge to make a ruling on if their children should be vaccinated.

As measles cases in the United States have risen to 700, affecting 22 states, Americans who are fearful the disease will reach them are taking strong measures to defend themselves.

We recently asked our readers in affected areas of the country to tell us how the outbreak has changed their lives. About 60 wrote to us with their stories, and more than 1,100 others shared their experiences in our comments section. Here is a selection of their comments. They have been edited and condensed for clarity.

My wife, 40, and I live in south Williamsburg, and she’s currently six months pregnant. After a blood test at three months, we discovered her measles immunity had worn off. Pregnant people can’t receive the measles vaccine, but they and their babies are extremely vulnerable to complications from a measles infection, which can be fatal.

Now that the number of cases of measles has ballooned in Brooklyn she no longer takes any public transportation. Instead she walks to and from her job in Manhattan every day (four miles each way), which will get a lot more difficult as the weather turns hotter and she approaches the end of her pregnancy.

The measles outbreak is unfolding concurrently with my contentious divorce, with one of our emblematic impasses being the decision to vaccinate our three children. Their mother is opposed to vaccinating, and I’m in favor of it.

We are now on the court’s doorstep, awaiting the judge’s decision in several weeks. While the court remains my only hope for relief, I am dubious that the judge will take a formal stance on vaccines.

My girlfriend is an anti-vaxxer. She has three unvaccinated children ages 6 to 11 from a previous marriage. We have an 18-month-old daughter together, and I have made sure to get her vaccinated, over her mother’s objections. My girlfriend and her three kids socialize with a number of other anti-vax families and I’m always worried that they will bring into the house some preventable disease that my daughter hasn’t gotten the chance to become immune to.

My son just turned 1, and before he was able to get his MMR vaccine I avoided play groups and story time at the library. It’s a scary time to be the parent of a baby.
— Christina Hennig, 28, Bel Air, Md.

I have chosen not to put my 5-month-old daughter in day care, at great expense to my family, because of the number of unvaccinated children in my state. I have gone back to work but we are paying for a nanny.

I am pregnant, live in Greenpoint. Very, very concerned, as I can’t vaccinate a newborn. My husband and I both were vaccinated twice in our youth, but we are going this week to confirm our immunity.

I am also making my mom and brother go to test as they are in New York City and will be around a lot. It makes me seem really neurotic and I hate that. I had my other son in 2011 and never had any of these issues. It makes me resentful, anxious and angry. 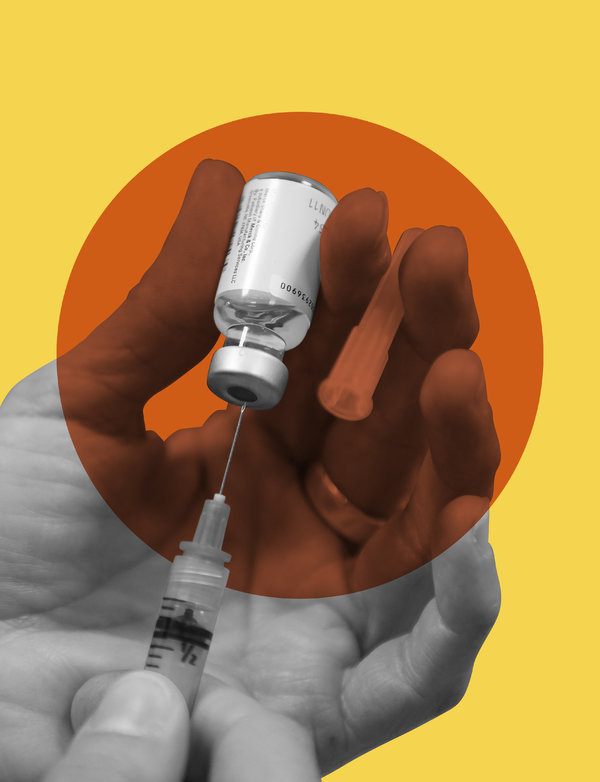 I am a pediatrician in Michigan. All of my staff has to produce proof of immunity, or be immunized. My husband and I have chosen to get an extra shot of MMR to protect our patients, rather than check titers [administer a blood test that checks for the presence of certain antibodies in the bloodstream] and wait.

I am also offering it as an option for 6-month-old infants in my practice, in addition to the doses at 1 year and 4 years. Our grandson will likely get an MMR at 6 months, since he lives across the country, and has to fly, which puts him at risk.
— Meera Raghunathan, 57, Canton, Mich.

Responding to a warning

While attending a nursery plant sale on April 12 at the Butte-Glenn Community College in Northern California, where I work, I was exposed to an adult attendee with measles.

The Butte County Health Department issued a warning about the event. I reported myself to my medical service and they in turn reported me to the county health department. Two blood tests were done and I was asked to voluntarily quarantine myself at home for a few days until the results came back. The test was negative for new antibodies, meaning that despite having no immunity, I was lucky and had not caught the measles when exposed last month.

I couldn’t recall if I ever got the measles as a child — although people of my generation usually did — or if I had been vaccinated at some point in my life. The antibody blood test came back negative so it may be the answer to both scenarios is “no.” I have an appointment with my health care provider tomorrow morning and we will decide if I should take the vaccination.

[Read more about who should get a booster shot to fight measles.]