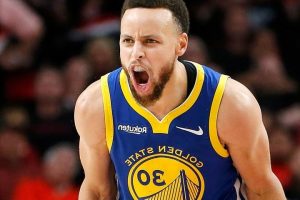 A24 and Ryan Coogler are set to produce a new documentary about NBA Champion, Steph Curry.

Underrated will reportedly follow the Golden State Warriors star’s rise to fame during his March Madness days with the Davidson Wildcats, where he became the NCAA’s scoring leader in 2009. A24 and Coogler’s Proximity Media will produce the documentary alongside Pete Nicks and Curry’s Unanimous Media with Erick Peyton; Nicks will direct the title.

Curry is regarded as one of the most decorated NBA players, leading the Warriors to three championships in 2015, 2017 and 2018 and also nabbing MVP in 2015 and 2016. He was also selected as an NBA All-Star from 2014 to 2019 then again in 2021, and is currently second in all-time made three-pointers in NBA history behind Ray Allen.

Stay tuned for an official trailer and release date for Underrated.