Home » Entertainment » A TV Grand Tour, in Time for the Weekend 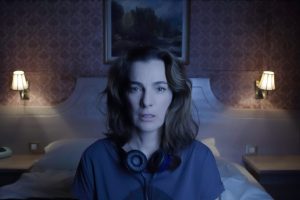 Even in these boom times for television imports, it’s an unusual bounty.

Five noteworthy international series, from Britain, France, Israel and Italy, are arriving on American streaming services in two days, all crowding onto the schedule this Thursday and Friday. Also of note: In contrast to any five American shows you might choose at random, they are all contemporary dramas set in recognizable everyday reality, with no superheroes or extraterrestrial bounty hunters, although one is focused on gangsters and another holds out the possibility that ghosts exist.

The fourth and final season of this show-business dramedy, arriving three months after its debut in France, exhibits both the smooth craftsmanship and the underpinning of sentimentality, about life and the movies, that have made it a cult favorite in America. (All those Parisian locations don’t hurt, either.)

The regular cast, playing the agents and assistants at a high-powered but fragile talent agency, is highly adept at delivering the show’s not always sidesplitting Gallic humor; Camille Cottin, as the firm’s harried lead partner, and Nicolas Maury, as the most vivid of the assistants, are particularly amusing. 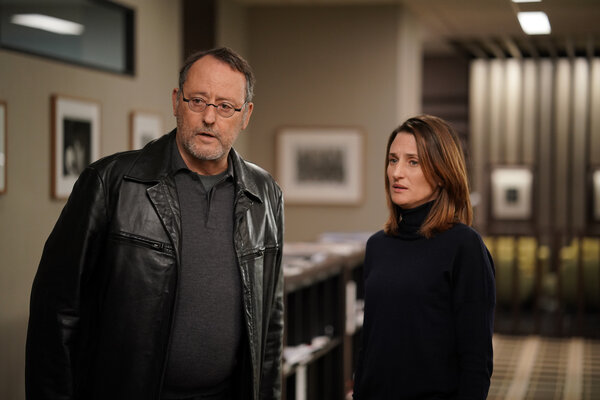 The show’s masterstroke, though, is its weekly casting of guest stars from the French film world, who play hapless or imperious versions of themselves with varying degrees of skill but always evident enthusiasm. In the final season they include Charlotte Gainsbourg, Jean Reno and Sigourney Weaver, who gets in trouble because she thinks she speaks French better than she does. (Netflix, Thursday.)

Anna Paquin steams like a dreadnought through this morbidly debauched satire of the public-relations business, whose first season was shown on the British pay-cable channel W in 2019. As Robyn, an American crisis-manager working for a London firm, she cleans up the messes of clueless athletes, entertainers and politicians with efficiency and blunt amorality, but she also lets us see glimmers of the actual human being trapped inside Robyn’s exoskeleton of insecurity and ambition.

While Paquin handles the dramatic side of the workplace farce, comedy is amply provided by her three co-stars: Rebecca Benson as the naïve intern; Sophie Okonedo as the formidable boss; and Lydia Wilson as Robyn’s gorgeous colleague Eve, who always seems to have just strolled in from a Knightsbridge party and tells long, tedious anecdotes with a hilariously serene confidence. (Amazon Prime Video, Friday.)

For American viewers, it’s been a long wait, nearly four years, between seasons of this Neapolitan drug-gang epic, whose distribution was held up by the travails of the Weinstein Company. Season 3, which is finally arriving on HBO Max, was shown in Italy in late 2017.

Fans who find their way back will be rewarded with another elaborate story line, across 12 episodes, tied to the tortured relationship between Ciro (Marco D’Amore) and Genny (Salvatore Esposito), whose bond endures even though Ciro pumped Genny full of lead at the end of Season 1. They join forces once again and find themselves being den mothers to a hungry young gang at the bottom of the criminal pecking order in Naples, a circumstance that jibes with the show’s penchants for junk-strewn locations and ragged formations of motorcycles.

The season starts strong, purring like a well-tuned Ducati, and a stand-alone episode portraying Ciro’s temporary exile in Bulgaria (following further gunplay at the end of Season 2) is a prime example of the show’s moody, violent romanticism. The energy runs out around the fifth episode, though — the protestations of brotherhood start to sound rehearsed, and the inevitable web of betrayals and bloodshed feels engineered, more outcome-based than character-based. The soundtrack by Mokadelic, with its sensation of a constantly gathering storm, is called on to supply emotion rather than reinforce it. With any luck, Season 4 (almost three years old at this point) will arrive soon and make things better. (HBO Max, Thursday.)

This eight-episode series written and directed by Sigal Avin (“#ThatsHarassment”), shown last summer on the Israeli cable channel HOT, is an ambitious and sometimes absorbing attempt to do something a little different. Avin plays with the conventions of the psychosexual thriller and the backstage drama: Alice (Ayelet Zurer of “Munich”), a filmmaker who could use a hit, and her actor husband, David (Gal Toren), find themselves collaborating on a darkly erotic script by a young, seductive and possibly sinister writer, Sophie (Lihi Kornowski of “False Flag”). (A significant character is named Nomy, in what feels as if it must be a shout out to “Showgirls.”)

While Alice’s and David’s fixations on Sophie begin to expose the cracks in their marriage, Alice investigates whether the movie they’re making replays violent and possibly criminal events in Sophie’s life. The action of “Losing Alice,” including extensive and authentic depictions of the filmmaking process, flows into and out of scenes from the finished film-within-the-film and Alice’s increasingly fevered imaginings. The symbolism can be ripe (rats figure prominently), and some of the plot twists feel mechanical, but Avin pulls off long, complicated scenes few TV dramas would attempt, and Zurer keeps you focused on the smart, sensual and shrewdly manipulative Alice, who is Sophie’s equal in every way. (Apple TV+, Friday.)

Russell Tovey may be a gifted actor with an unusual capacity for exploring complex and layered human emotion, but he made his TV breakthrough playing a lonely werewolf (in the original “Being Human”). He dips into the supernatural again in this four-episode British mini-series from the writer Neil Cross, known for zooming right over the top in series like “Luther” and “Hard Sun.” (“The Sister” was shown on ITV in October.)

Cross is unusually subdued in this quiet thriller about a guild-ridden husband (Tovey) who’s keeping a bigger-than-usual secret from his wife (Amrita Acharia); and yes, it involves the sister of the title, the wife’s younger sibling, who went missing a decade ago. The action dawdles and Tovey isn’t ideally cast, but there’s a touch of voluptuous dread in the atmosphere, and Cross does a reasonably clever job of keeping us guessing: Is the story driven just by guilty consciences or is there a ghost, or two or three, at work? Bertie Carvel is excellent in the David Thewlis-Gary Oldman squirrelly-oddball role, as a sardonic authority on the paranormal who shares the husband’s secret. (Hulu, Friday.)