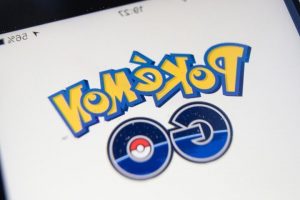 A surprising slew of abandoned creatures in the Pokémon GO smartphone game have been found roaming the streets of the Bagram Airfield military base following the pullout of U.S. troops from Afghanistan.

The game established a whole Pokémon GO community of troops, contractors and civilians during downtime as it allowed players to walk around real-life areas to catch or battle digital creatures found in the app’s map. According to screenshots secured by the U.S. military news site Stars and Stripes, a number of Pokémon have been left behind with some of them still remaining at their posts waiting for their owner’s return.

“We weren’t expecting Pokemon GO to be thriving in Bagram, and yet it was,” indicated U.S. Army Spc. Corey Olsen, an electrical technician for attack helicopters.

Troops and civilians at the base would venture around visiting different Pokémon gyms, but due to the pullout, various low-level Pokémon have been seen defending gyms longer than usual. Pokemon left at a gym can only return to their owners after being defeated in battle.

“I’m sure somewhere in Afghanistan, some kid is bragging about how he took control of an American Pokémon gym,” stated John Sutter, a former captain in 2019.

In case you missed it, a man receives a ticket for bolting a SpaceX Starlink dish to his car hood.
Source: Read Full Article