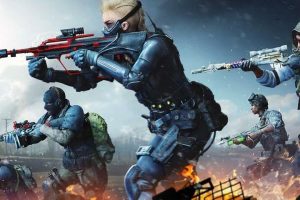 Following a tip-off from journalist and insider Tom Henderson last February, Activision has confirmed that it is going forward with building Call of Duty: Warzone for mobile and is currently hiring development and publishing teams.

“We are creating an all-new, AAA mobile experience that will bring the thrilling, fluid and large-scale action of Call of Duty®: Warzone™ to players on the go,” Activision announced. Warzone Mobile will be the second free-to-play Call of Duty title for mobile following the current Call of Duty: Mobile offering first introduced in 2019.

Henderson previously revealed that Warzone Mobile has been added to the PlaytestCloud database and is scoped for a 2022 release. Other Activision titles that will see a mobile version include Diablo Immortal which is also set to release later this year.

Those interested in the open roles can find more information here. Stay tuned for an official release date.