The gunman whose rampage killed 12 people Wednesday at a country music bar in Thousand Oaks, Calif., brought the United States again to a period of mourning, hand-wringing and resignation over gun violence.

It also made headlines around the world, coming less than two weeks after a mass shooting at a Pittsburgh synagogue where 11 were killed. In our comments section this week, dozens of readers outside the United States said they were struggling to understand why Americans let gun violence persist.

Here is a selection of their comments. They have been lightly edited and condensed for clarity.

Use the comments to tell us how you see it. Please include where you’re from.

Has it only been two weeks since the last shooting? — KA, Ontario, Canada

I’m deeply sorry to say this. Gunning down civilians in broad daylight looks like a feature of American life. — Jonas Goh, Seoul

Perhaps this is what the U.S. is hoping for? To make the country unattractive to migrants? That would make so much sense as to why little to nothing is being done to curb the gun violence situation. — AS, Ghana

Strict on candy, lax on guns

Twelve more killed by gunfire in a country that bans chocolate Kinder Surprise eggs; I weep for you, America. — Daisy Pusher, Canada

Grenades, dynamite and missiles are well regulated. For good reasons. Why not guns? — Bob, Canada

Crazy people we find everywhere in this world, no doubt. But crazy people carrying so many guns we find only in one place: U.S.A. — Mak, São Paulo, Brazil

You need to ask yourself, why is it important to own guns? Is it because of something that was written down more than 200 years ago, when it was difficult to enforce the rule of law and outlaw militias could do whatever they want? — Ingemar Johansson, Lulea, Sweden

I don’t think gun control is the issue here as this man could have easily obtained other means of hurting people. — Hiroshi, Japan 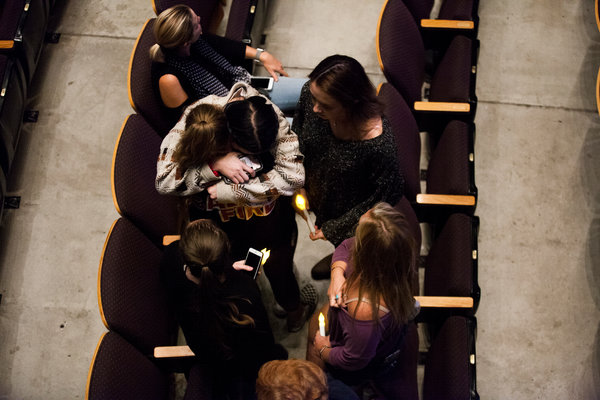 How many days until the next shooting? — Rob, London

Now that a dozen people are dead, are you going to procure more guns? — Sivaram Pochiraju, Hyderabad, India

If you were someone living outside the U.S. who is following the news about a new gun massacre every other day, would you feel safe and assured to visit the U.S. as a tourist, or for business or study? What about allowing your child to travel there for study or holiday? — Kostas Giannakakis, London

The question is always why? And the only answer I can come up with is because they can. There is nothing stopping them. — P. Maher, Vancouver, Canada

Thoughts, prayers and even sympathy get old

You are our neighbor. You are family to us. I only wish we could do something to help. It is a very solemn and powerless feeling to observe these types of violence, especially as they seem to be escalating. — KLC, Canada

From Canada, we barely pay attention to these butcheries south of our border since it became so common. It seems to have become a sport for you, like baseball or something … Gunball? — Tristan Roy, Montreal

I think this is the last one of these stories I’ll look at. I’m not sure how the U.S. carries on not reacting to this massacre. — Martin, France

It will only get worse

The gunman, having been a Marine, is significant since you can't separate American violence abroad from the violence perpetrated at home. Disillusioned, poorly educated veterans, trained to kill, represent a continuing threat to society. — John, Lisbon

Many people are close to the edge at any given time, for a variety of reasons. In a country full of guns, most of those that go over the edge choose the simplest path and take their own lives. And some act on other impulses. This will not change. This will get worse. The horse is well and truly out of the barn. — Gord, Toronto

Any disappointed, frustrated individual can kill anybody anywhere, destroy any happy family. This has become a national cleansing ritual for sick individuals that will only get worse. — Renho, Belgium