Artfully awkward sincerity defined the Canadian singer and songwriter Alessia Cara on her 2015 debut album, “Know-It-All.” In one of its hits, “Here,” she sang about feeling antisocial and alienated at a loud party. And in a song that became an anthem, “Scars to Your Beautiful,” she decried superficial ideas of beauty, vowing, “To all the girls that’s hurting, let me be your mirror.” She went on to collaborate with the rapper Logic on the anti-suicide song “1-800-273-8255,” and sang an uplifting Lin-Manuel Miranda song, “How Far I’ll Go,” for the Disney movie “Moana.” She was named Best New Artist — a few years late — at the 2018 Grammy Awards.

Cara’s second album, “The Pains of Growing,” doubles down on both the sincerity — she wrote all the lyrics — and the awkwardness. “There’s truth in every word I write,” the 22-year-old insists in “Growing Pains,” which opens the album. If so, she is a singer with an agile voice but a young woman still figuring herself out. In her new songs, she struggles with a breakup, with loneliness, with worry and depression and with a general sense of futility. In one song, “Wherever I Live,” she can’t even charge her phone because the outlet in her hotel room is broken.

Her consolation is that “At least I say what I mean,” as she sings on “Girl Next Door,” which is the album’s mission statement: shrugging off glamour to be a “plain Jane,” proclaiming modesty and insecurity yet insisting that she’ll “do what I dream.” And she’s eager to offer empathy and encouragement. In “Easier Said,” she pushes back at thoughtless admonitions to simply “shake off the cloud that follows you around,” instead counseling, “Just take your time to recover.” 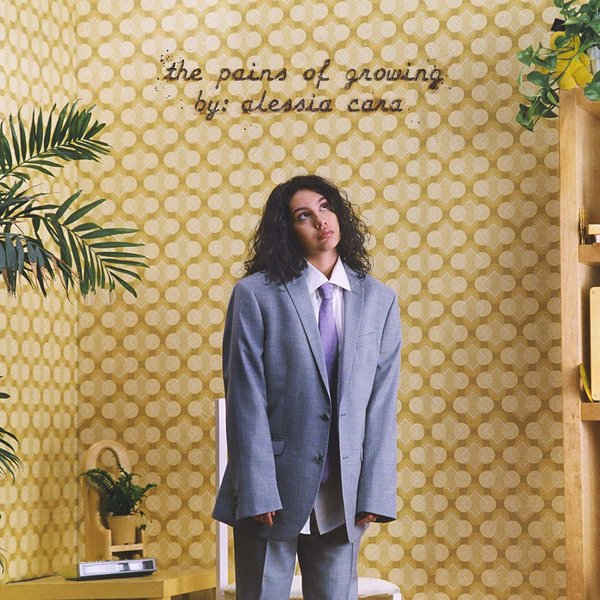 That’s what she does in the album’s standout song, “Not Today,” which takes apart and reconstructs an old-fashioned R&B shuffle as Cara envisions some future moment — ”but not today” — when she has finally learned “misery management.” She itemizes her troubles with a syncopated lilt and fluttering ornaments that hint at Amy Winehouse and Mariah Carey; humor and confidence balance the moping.

The hits on Cara’s debut album were polished and pumped up for radio play, primarily by the production team Pop & Oak, who also collaborate with her for five tracks on “The Pains of Growing.” But on this album, Cara is determined to keep herself approachable — only life-size, not larger than life. She recorded, produced and engineered two modest songs, “I Don’t Want To” and “A Little More,” in her basement, with little more than her acoustic guitar and vocals, harking back to the home-recorded YouTube cover songs that first got her noticed as a teenager.

Even when Cara has full studio production behind her, the songs start out sparse and quiet, with the rhythm section almost sneaking in. When it does, she leans toward retro-flavored styles: midtempo Motown in “Comfortable,” which considers long-term love, and reggae in “Trust My Lonely,” a kiss-off that admits, “I loved you once, but it made me dumb” and insists, “I can do better.”

Cara looks beyond her own troubles in “7 Days,” which complains to God about a deceptive, superficial society where reality gets flattering filters and “the antisocial media perpetuates the mess.” As a corrective, Cara offers up her own candid gawkiness in tidily constructed pop, and even her near-misses are endearing.