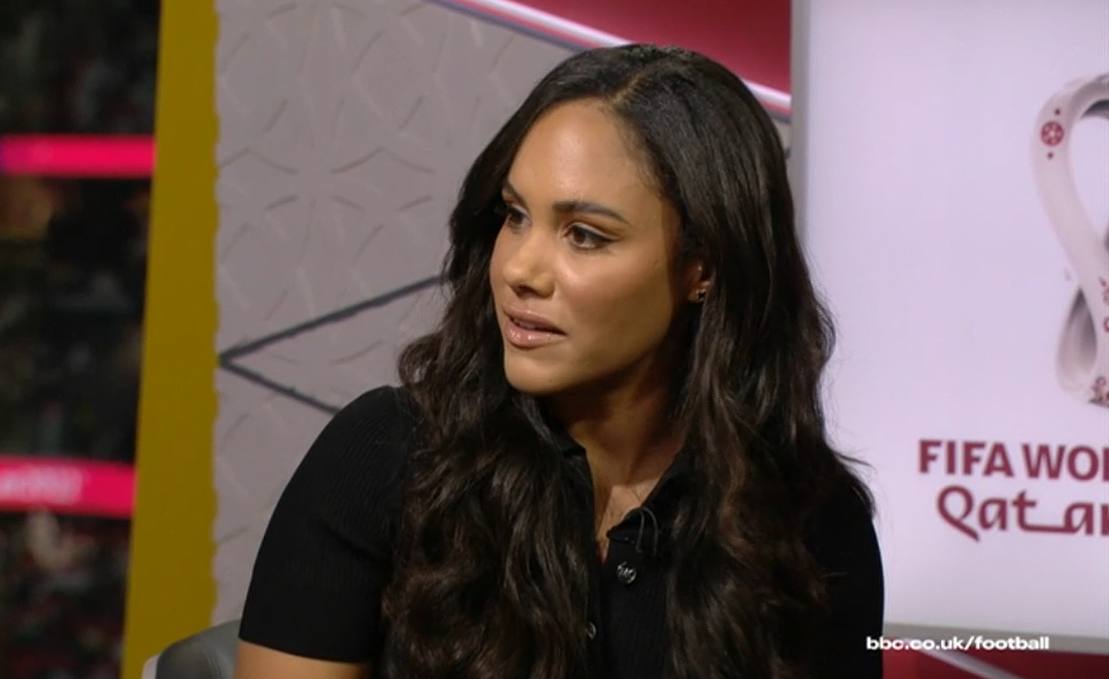 Alex Scott has joked she is ‘absolutely devastated’ to have been blocked by a troll who accused her of being a ‘Putin supporter’.

The BBC Sports pundit, who is currently covering the Qatar World Cup, was targeted by a Twitter user who rummaged through the archives to find an old tweet she once shared of her meeting Russian President Vladimir Putin.

In the photos, Alex, 38, is seen posing alongside Mr Putin and other figures including Fifa president Gianni Infantino and former footballer Rio Ferdinand.

They were posted on July 6, 2018 and taken at the Power of World event during the Fifa World Cup which was held in Russia that year.

This was also, of course, before Russia launched its brutal war on Ukraine in February this year.

The Twitter user who found the photos tweeted directly to Alex: ‘Wouldn’t have thought you was a Putin supporter?’

Alex shot back: ‘Not once have i mentioned being a supporter? ..

‘Glad you posted the full tweet though and shown all the pictures. 4 years ago using my voice in a room full of men, a seat at that table discussing woman’s sport and the power of football!! Using my voice then & using it now.’

She later returned to her Twitter page with an update for her followers, and said: ‘Absolutely devastated that @joe0603 has now gone and blocked me.’

Alex had wrote alongside the original tweet from four years ago: ‘From that 8 year old on my estate playing cage football, fast forward to sitting alongside the president of FIFA discussing the power of world football in the Kremlin today #WorldCup #fifa.’

The former Arsenal footballer has been a prominent figure during this year’s controversial World Cup, with her presenting the BBC’s coverage alongside the likes of Gary Lineker and Rio Ferdinand.

She hit headlines at the start of the tournament when she wore a OneLove armband live on the BBC after it was decided that England captain Harry Kane would not wear the strap during their match against Iran.

The symbol of inclusion and anti-discrimination was due to be worn by Kane and the captains of six other nations before Fifa threatened punishment for doing so.