Amanda Knox is speaking out against Hollywood again for taking creative freedoms on her life story in Matt Damon’s new movie, Stillwater. She took to Twitter on Thursday to share her opinion on how she was never consulted about the script even though they used major points of her own case, where she was accused of killing roommate Meredith Kercher in Perugia, Italy. This isn’t the first time Knox has fought for her voice to be heard and her true story to be told. 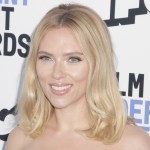 The Seattle resident kicked off her Twitter thread by asking valid questions about her rights. “Does my name belong to me? My face? What about my life? My story?” she wrote. “Why does my name refer to events I had no hand in? I return to these questions because others continue to profit off my name, face, & story without my consent.” The Stillwater movie reportedly veers way off her true story and gives it the old entertainment spin by having the Knox-like character engage in “a sexual relationship with her murdered roommate” and the storyline questions the main character’s innocence. (Remember, Knox was acquitted by The Supreme Court of Cassation in Italy in 2015.)

Knox has a point in that the average moviegoer may watch Stillwater and think that is her true story from start to finish — so Hollywood then traumatizes her all over again. She hasn’t been able to move on from the case and the PTSD associated with what she’s been through never goes away. And if you think the Damon movie was the first time this happened to her, think again. In December, Knox took to her social media pages to scold Law & Order: Special Victims Unit for naming a character based on her, “Sexy Lexi,” a spin off her tabloid name “Foxy Knoxy.” It has to be both infuriating and painful for her. She sarcastically wrote, “As per usual, when the worst experience of my life is cannibalized for entertainment, I was consulted for authenticity & accuracy & compensated ONE MILLION DOLLARS.” In reality, no one from the show asked for her input for the episode.

The unfortunate news for Knox is that stories are ripped from the headlines all of the time and adapted into Hollywood TV shows and movies without the person’s consent. But there’s always a way for her to turn the story around and take her power back. No one has done this better than Monica Lewinsky, who has become an activist and public speaker against cyberbullying. “Having survived myself, what I want to do now is help other victims of the shame game survive, too,” Lewinsky said at the Forbes Summit, via USA Today, in 2014. “I want to put my suffering to good use and give purpose to my past.” She’s successfully reinvented her life and become a powerful voice and inspiration for others who may find themselves in difficult situations. And Knox has the ability to do the same.

Hollywood should be jumping at the possibility to tell her authorized tale, whether it is a limited series or a film. Knox might find a powerful teammate in someone like Lewinsky, who has walked a similar path in the public eye, or even Kim Kardashian, who has made prison reform her personal mission. In addition to her podcast, The Truth About True Crime, there are so many outlets for Knox to take her frustrations in a better direction because then she’d be driving the narrative that others have hijacked from her.