Home » Amazon is spending a whopping $465 million on 'The Lord of the Rings' season 1: 'This will be the largest television series ever made'

Amazon is spending a whopping $465 million on 'The Lord of the Rings' season 1: 'This will be the largest television series ever made' 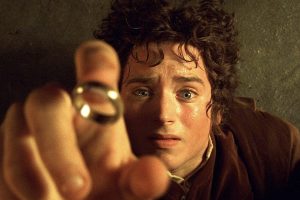 We’ve known that Amazon’s “The Lord of the Rings” will cost $1 billion to produce, but according to a Friday report, the first season alone will cost $465 million.

The price tag was revealed in official documents filed in New Zealand, where the show will be filmed, according to The Hollywood Reporter.  There will potentially be five seasons, per the records. The New Zealand outlet, Stuff, first reported the news.

In response to Insider’s request for comment, Amazon confirmed that the information contained in the Stuff article is correct.

Stuart Nash, New Zealand’s Minister for Economic Development and Tourism, also confirmed the production price to Morning Report and said “this is fantastic it really is … this will be the largest television series ever made.”

As the Hollywood Reporter notes, for comparison, each season of HBO’s hit show “Game of Thrones” cost about $100 million to produce, more than four times less than what the first season of Amazon’s “The Lord of the Rings” will cost. However, the future seasons of the show could cost less to produce since more costs are included upfront.

The new show has been called the next “Game of Thrones,” and some of the HBO show’s alumni have been cast in the series.

Read more: Meet the 18 key execs who are leading Amazon’s ambitions to take on heavyweights like Netflix and Hulu in media

Amazon bought the rights to the TV rights for “The Lord of the Rings” for $250 million in 2017. The new series will be set thousands of years before the storylines that we saw in “The Hobbit” and “The Lord of the Rings” novels and films. The show will feature both “familiar and new” characters, as well as “the greatest villain that ever flowed from Tolkien’s pen,” according to the show’s official description.

Production of the show has already begun, and though an official release date has not been announced, Amazon Studios head Jennifer Salke told The Hollywood Reporter in 2018 that the company hopes the series will air in 2021.