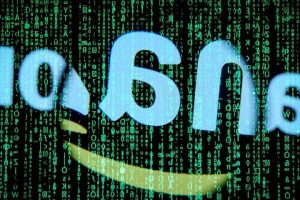 Amazon has just been slapped with a record-breaking $888 million USD fine by data privacy regulators in the European Union.

The fine comes following complaints made against the e-commerce giant back in 2018 by French privacy rights group La Quadrature du Net, which has long been taking tech giants to court following the establishment of the GDPR, a data privacy framework within the EU. Amazon disclosed the fine in a new SEC filing on Friday, although it contests the decision, calling it baseless.

“There has been no data breach, and no customer data has been exposed to any third party,” Amazon wrote in a statement to Bloomberg expressing its desire to appeal the decision made by Luxembourg. “These facts are undisputed. We strongly disagree with the CNPD’s ruling.”

Amazon’s GDPR fine comes as part of the EU tightening its grip over the business within its region. The bloc has already been investigating the tech giant over its use of data, which has led to antitrust allegations last November when Amazon used data from third-party vendors to boost sales of its own products. A second investigation was then launched into the company, looking at the preferential treatment of its own products on the platform over those of other sellers.