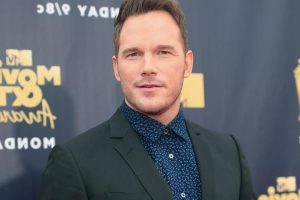 The Guardians Of The Galaxy star is seen fighting a war with mysterious aliens in the year 2051. The film follows a group of time travellers who travel to the future to deliver an urgent message that in 30 years, all of humankind will be losing a war to a deadly alien species. Pratt’s character Dan Forester is a high school teacher and family man who is recruited to join the fight to save the world from the mysterious species. Dan teams up with a brilliant scientist played by Yvonne Strahovski, as well as his estranged father, J.K. Simmons to rewrite the fate of mankind.

The Paramount Pictures produced film was originally expected to release in theatres, but due to the COVID-19 pandemic, the film was acquired by Amazon Studios in a deal that was worth $200 million USD. The film also stars Betty Gilpin, Sam Richardson, Edwin Hodge, Jasmine Matthews, Ryan Kiera Armstrong and Keith Powers.

The Tomorrow War is set to be released on Amazon Prime Video on July 2.

In other entertainment news, Hideaki Anno, the creator of Neon Genesis, wants a live-action Nausicaä of the Valley of the Wind.
Source: Read Full Article