An Official 'Beavis and Butt-Head' Movie Is Coming to Paramount+ 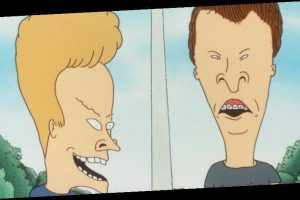 Comedy Central has just released an official teaser confirming that a new Beavis and Butt-Head movie is on the way.

Confirming that the animated film will be coming to Paramount+, this undertaking will be the second-ever feature film for the two, the last one being Beavis and Butt-Head Do America from 1996. Mike Judge, the creator of the characters, commented, “It seemed like the time was right to get stupid again.”

There’s no official release date but you can watch the teaser above for a quick dose of nostalgic Beavis and Butt-Head humor, animated to look like a Zoom call.

In other entertainment news, Kevin Feige doubles down on Deadpool being Marvel’s only R-rated project.
Source: Read Full Article