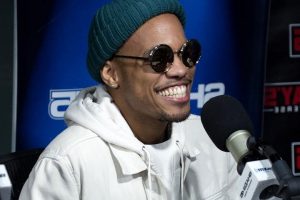 In a pre-recorded press conference video, the artist announced that he wants to focus on “raw talent” and highlight artists who can play their own instruments. Paak feels as if there is currently a gap in the market for these kinds of artists and hopes that APESHIT INC. provides new-age musicians with a label that helps them flourish. In the clip, the artist can be heard describing the ethos of his record label,

“I wanted to start a label that sets fire to a new generation of artists, who can play while performing. This label is going to be about passion, about feeling, about honesty. It’s about respect for the culture and art and it’s about heart.”

Later in the video, Paak doubles down on the need to find artists who can play, posing the question, “Where is the next generation that can play instruments?? I know they’re out there – don’t sell your instruments, this label wants to hear you!!” He also explains why he chose to call it APESHIT, revealing APE stands for “Anderson .Paak Empire” while the latter part of the label name is merely because “we on some other shit.” The Los Angeles-based label is set to be backed by UMG.

Anderson .Paak and Bruno Mars‘ new album An Evening With Silk Sonic is set to arrive on November 12.