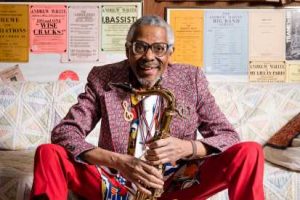 Andrew White, a profusely talented and proudly eccentric musician and scholar best known in jazz circles for transcribing more than 800 of John Coltrane’s saxophone solos, died on Nov. 11 at an assisted-living facility in Silver Spring, Md. He was 78.

The cause was complications of two strokes he had recently suffered, said Nasar Abadey, Mr. White’s longtime drummer.

Mr. White rightly described himself as a man of “various artistic gifts of excess.” To even gesture at the breadth of his career would require a half-dozen labels: saxophonist, multi-instrumentalist, composer, author, business owner, teacher.

He leaves behind one of the largest troves of self-released recordings, books and musical transcriptions by a single musician in jazz history.

In the 1960s and ’70s, Mr. White played electric bass for Stevie Wonder and the 5th Dimension; English horn with Weather Report; oboe in the American Ballet Theater Orchestra; and saxophone in bands led by McCoy Tyner and Elvin Jones, both former members of Coltrane’s quartet.

But eventually, settling down in his native Washington, Mr. White focused his inexhaustible energies on his own projects. On Coltrane’s birthday in 1971, convinced that the music industry had neither an interest in his talents nor the ability to contain them, Mr. White started Andrew’s Musical Enterprises Incorporated, a label and publishing house that he ran with the help of his wife, Jocelyne White, an elementary-school teacher.

Over an uninterrupted 49-year period, Andrew’s Music published more than 1,000 transcriptions; more than 40 LPs of his own music, running from jazz to funk to classical; and numerous books, including “Trane ’n Me” (1981), a well-regarded musicological treatise on Coltrane that was translated into German, and “Everybody Loves the Sugar” (2001), an 800-page autobiography.

In “Trane ’n Me,” Mr. White feigned humility, then cut playfully to the chase: “I have been dubbed ‘the world’s leading authority on the music of John Coltrane.’ They call me that, but I’m too modest to make any such claim; however, if you want to pay me, you can call me anything you please except late for dinner.”

Placing an order with Andrew’s Music meant inquiring by phone, snail mail or fax machine at Mr. White’s Washington home, which he called “the other White House.” Well into his 70s, he continued to head to the neighborhood post office to mail out typewritten brochures and fulfill orders.

The covers of his books and records were typically titled in stark black or gold lettering over a white background. Book text was typewritten. But the content bridled with energy and humor.

Mr. White was known to treat concerts as physical endurance tests, and at least one show at the Top O’Foolery in Washington lasted for 12 hours straight, wearing out multiple rhythm sections in the process. He released most of that performance as a live set, stretched across nine LPs.

Appreciating his music required some fortitude on the listener’s part, too: His improvisations were brilliantly sophisticated but sonically severe, with rapid-fire notes coming out in a caustic, bellowing tone. He knew this made him unappealing to record labels — but he didn’t mourn the loss of opportunity.

“I’ve always been interested in exploiting all aspects of what I do,” he told The Washington City Paper in 1996. “I wouldn’t be able to do that with any record company, because their thing is to pigeonhole.”

And he welcomed the chance to stay weird. All of his work was touched by a ribald sense of humor and a taste for absurdity, and he teased the divide between self-promotion and self-parody. He rarely stood for a photograph with his tongue in his mouth. As he got older, the suits he wore only grew more flamboyant.

In the promotional materials (self-penned, of course) for “Everybody Loves the Sugar,” Mr. White promised a book full of “my perennial, suggestive prurience, total political incorrectness and fiendishly pious irreverence.”

His home office, which he delighted in displaying to guests, was plastered from floor to ceiling with photos of topless women. On the request of a buyer whose girlfriend had a particular kink, Mr. White said, he created a nearly hourlong album consisting entirely of flatulence.

Andrew Nathaniel White III was born in Washington on Sept. 6, 1942, but grew up in Nashville, where his father was a minister in the A.M.E. Church and a civil rights activist who went on to serve as president of the local N.A.A.C.P. chapter.

At 8, Mr. White started on the soprano saxophone, a notoriously difficult horn, which caused him to develop his “iron embouchure,” as he told JazzTimes in 2001. Before long he was teaching himself to transcribe from recordings of Charlie Parker, Miles Davis and others and writing his own music.

When he started Andrew’s Music in the early 1970s, his Coltrane transcriptions were among the first things he published. The first five volumes, totaling more than 600 solos, came out in 1973; a copy of them is now housed at the library of Syracuse University.

By the time he graduated from high school he had learned the alto and tenor saxophones as well as the oboe and upright bass.

He returned to Washington in 1960 to study music theory at Howard University, with a minor in oboe. As a freshman he co-founded the J.F.K. Quintet, a modern jazz outfit that quickly turned heads.

The group established a Monday-night residency at Bohemian Caverns, the city’s premier jazz club, where the audience often included jazz luminaries traveling through Washington. Coltrane and Eric Dolphy, a member of Coltrane’s group at the time, became fans. Cannonball Adderley was so impressed that he helped the quintet get a recording contract with Riverside Records, which released the group’s only two albums, “New Jazz Frontiers From Washington” (1961) and “Young Ideas” (1962).

As musical director, Mr. White’s arrangements on those records are a master class in the standard hard-bop sound of the day, influenced especially by the Clifford Brown-Max Roach Quintet and the Miles Davis Quintet. But when he fires up a solo, things go askew. He unlooses high and wobbly notes in sprees, and the tonal center is thrown off.

Critics compared Mr. White’s playing to that of Dolphy, another outré alto saxophonist and multi-reedist, but Mr. White saw it differently.

“I don’t have any Eric Dolphy influence,” he told JazzTimes. “We were doing what we were doing about the same time.”

“I was listening to him talk while he was explaining this scale and his approach to using this intervallic concept, and my eyes started bulging,” he continued. “What I was thinking while listening to him is that I was working from the exact same scale at the same time. To me it was a coincidence; I’ve told this story to other people, and they say it’s mystical.”

After college, seeing no commercial future as a straight-ahead jazz musician, Mr. White studied oboe at the Paris Conservatory for a year on a John Hay Whitney Foundation grant, then attended the Center of Creative and Performing Arts at the State University of New York at Buffalo (now the University at Buffalo) for two years. He lived in New York in the late 1960s and early ’70s as his work as a side musician picked up, then returned to Washington after marrying Jocelyne Uhl in 1970.

They were married for 41 years, until her death in 2011. Mr. White leaves no immediate survivors — just a few thousand published artifacts, spilling with spirit. 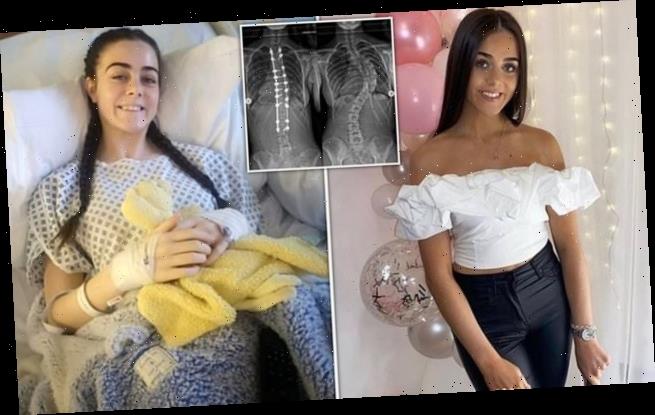