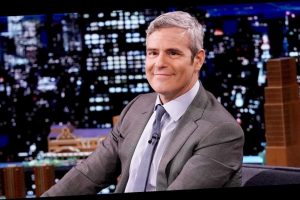 Patience is key. Andy Cohen hinted that it may be a while before fans see another season of The Real Housewives of Orange County.

Former ‘RHOC’ Stars: Where Are They Now?

“I think that show’s really important to a lot of people and it’s the mothership of all the Housewives, and so we just want to take our sweet time,” the executive producer, 52, told E! News in an interview published on Wednesday, March 24. “You know there used to be times between seasons where we’d say, ‘Let’s just let the Housewives live their lives and we’ll call on them in a bit.’ And I think we’re in that period in Orange County. I think it will be good for them to live their lives and then we’ll pick it back up when we need to.”

Cohen suggested that other series within the franchise will make up for The Real Housewives of Orange County’s absence. “We’ve got a lot of Housewives shows going in various stages of production so the good news is there’s no — we don’t have to rush it to air,” he explained.

The Real Housewives of Orange County was the first show in the hit Bravo franchise and celebrated its 15th anniversary on Sunday, March 21. Season 15 of the series, which concluded airing in January, starred Braunwyn Windham-Burke, Shannon Beador, Kelly Dodd, Gina Kirschenheiter, Emily Simpson and Elizabeth Lyn Vargas after the exits of Vicki Gunvalson and Tamra Judge.

Judge, 53, commented on the cancelation speculation in February. “I heard so many rumors that they’re going to recast the show, that they’re going to cancel it. They’re going to delay it. So, I really don’t know. I don’t have any inside information, that’s for sure,” she exclusively told Us Weekly at the time. “I don’t want to see Orange County get canceled.”

Stars Fired From Reality Shows Through the Years

The reality star also clarified that she did not know what she would do about a possible return to the show, noting that “there would have to be a lot of discussions” before she signed on again. “It’s not one of those things where I’m like, ‘Yeah, I’m dying to go back.’ And it depends on the cast. If it’s a good cast, then yeah, but if it’s a really bad cast, it can really change things and make it not fun and not worth the stress.”

Dodd, for her part, tweeted in February that she is “looking forward” to season 16 of the reality show amid rumors that she was fired due to controversial remarks about the coronavirus pandemic.

Cohen spoke out about Dodd’s views on the “Bitch Sesh” podcast earlier this month. “Here’s the thing: Kelly Dodd is from Orange County, where a lot of people share her beliefs in masks and other things,” he said. “On the one hand, she is a Real Housewife of Orange County and this is what she believes and she’s not an elected official. She’s not Michelle Obama who we are looking at for this information. That’s just an amalgamation of thoughts that lead in no directions.”