Ann Reinking: Playful, Refined and With Legs for Days 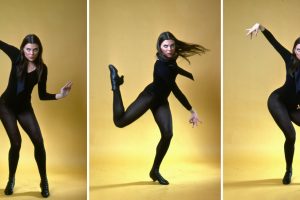 When I think of Ann Reinking, I see legs. Legs in shimmering black tights. Legs in heels. Legs that extend effortlessly to a 6 o’clock extension. They weren’t the only thing that made her dancing so resplendent, but they were the anchor to her daring. Aside from their shape, they had a strength that rooted her body, giving her pelvic isolations a silky sort of groove and her precision a natural, teasing sensuality. Even stretched out on a bed, her legs could tell a story.

Ms. Reinking, who died in her sleep at 71 while visiting family in Seattle over the weekend, was one of Bob Fosse’s most important dancers and, for a time, his lover. That bed comes into play in a non-dancing scene from Fosse’s semi-autobiographical film “All That Jazz,” in which Ms. Reinking plays a thinly veiled version of herself. In that moment, all she wants is for Joe Gideon (Roy Scheider, in the role based on Fosse) to stop sleeping around.

The dialogue is funny, but her legs steal the scene: Leaning back, she drapes them, bare, across the mattress. Her power is enhanced by her piercing blue eyes and long, glossy dark hair, parted in the middle to ’70s perfection. (Is there anything cooler than a 1970s dancer?) But really, it comes down to those legs. 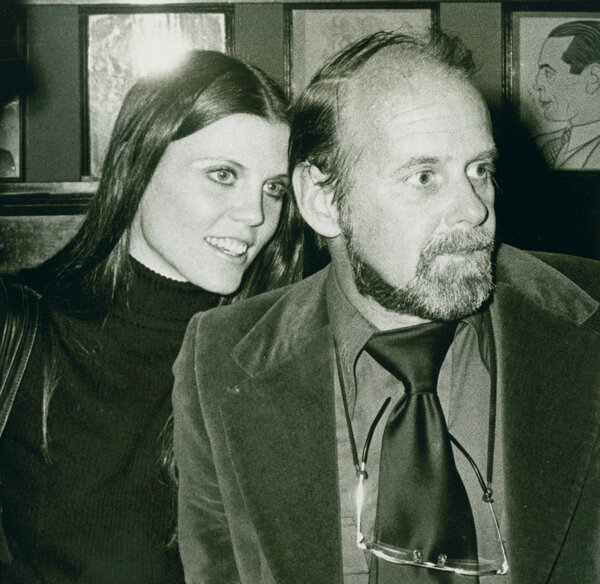 Ms. Reinking made her career on Broadway and, especially, in the work of Fosse, for whom she was a muse. She met Fosse officially at an audition for “Pippin,” but she was already an admirer of his work. In an interview, speaking about seeing “Chicago,” she said: “I was transfixed. It went beyond interest. I don’t know why it just kept my attention. And it was a quiet roar when they were done.”

In 1977, two years before “All That Jazz” was released, Ms. Reinking, then 26, created a roar in “Chicago” herself when she replaced Gwen Verdon — Fosse’s wife, who starred in many of his important Broadway shows, including “Damn Yankees” and “Sweet Charity” — as the chorus girl Roxie Hart, a role she reprised in 1996 when she staged the show in the style of Fosse for an Encores! presentation at City Center.

During the 1990s, Ms. Reinking became a keeper of the Fosse legacy: The Encores! revival led to a production on Broadway, for which she was awarded a Tony for best choreography. “The hope is that in rediscovering ‘Chicago,’ audiences will rediscover what theater was,” Ms. Reinking said in a 1996 interview in The Times. “It was sophisticated, complicated, adult.” (At the time of the coronavirus shutdown, “Chicago” was still running.) In 1998, she conceived, with Richard Maltby Jr. and Chet Walker, “Fosse,” a revue that played on Broadway from 1999 through 2001.

While she was most recognized for her work in musical theater, Ms. Reinking — known as Annie, at least in her “Dancin’” days — started out in ballet. (Before the unveiling of the 1996 version of “Chicago,” she said that her choreographic approach was more balletic than Fosse’s.) When she arrived in New York as a young woman, she had a scholarship with the Joffrey Ballet. On the West Coast — she is from Seattle — she had studied with the San Francisco Ballet and learned ballets of George Balanchine.

That isn’t spoken about so much when talking about Ms. Reinking’s career path, but you can see it in her dancing: There is an ingrained elegance, an internal organization of the body that you sense even when it’s not pronounced. One reason Margaret Qualley, who brought Ms. Reinking to glittering life in the TV series “Fosse/Verdon,” was so good was that she shares that elegance; she was once a ballet dancer, too.

Ms. Reinking may be gone, but her dancing lives on: lush, full-bodied, sumptuous. And it’s not all Fosse. I had forgotten about “Annie,” but in that 1982 film, Ms. Reinking plays Grace Farrell, the secretary of the billionaire Oliver Warbucks, who encourages him to adopt Annie. In the number “We Got Annie,” Ms. Reinking dances up a storm.

Wearing a silky yellow dress — it swirls around her legs like a partner — she begins with a jazzy, playful walk, pausing every few beats for a shoulder shimmy or a whirl. She kicks and wilts like a rag doll. Dashing through a hallway, she hops over a chair, plays the harp with a couple of finger snaps and continues forward, spinning through space as if she’s gliding on wind — blurry, gleaming but indelibly articulate.

What a daredevil! What abandon! In her exuberance, it feels like Ms. Reinking is showing us the sound of laughter. It’s over too soon, but it’s appropriately named: At least in these couple of minutes we have our Annie, too.

END_OF_DOCUMENT_TOKEN_TO_BE_REPLACED

END_OF_DOCUMENT_TOKEN_TO_BE_REPLACED
We and our partners use cookies on this site to improve our service, perform analytics, personalize advertising, measure advertising performance, and remember website preferences.Ok