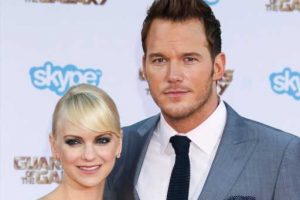 Anna Faris is getting real about her former marriage to Chris Pratt and that things may have looked rosy on the red carpet, but they weren’t so rosy in real life. On Monday’s episode of her podcast, Anna Faris Is Unqualified, the actress explained to guest Rachel Bilson how trapped she felt even before the two stars even walked down the aisle. 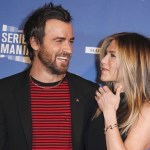 The divorced duo, who are co-parenting son Jack, 8, felt the outside pressure to be the ideal Hollywood couple that was portrayed in the press and on social media. Faris admitted that they were so insulated from friends and family that she “never talked about any issues” unlike her first marriage to Ben Idra, where she was more open about their troubles. She and Pratt bought into the public’s perception of them and “protected that imagery, even within our close circles.”

The former Mom star can now see where she went wrong and that the signs were there while they were dating. She even goes on to explain to a caller, who was thinking about calling off her nuptials, that “calling off an engagement is a smarter, stronger, braver move than what I did.” Instead of trusting her gut instincts, Faris said, “I guess everyone is expecting this, so let’s just go through with it.”

We highly doubt she regrets everything about her union with Pratt because it produced her only child, but the eight-year marriage probably made her listen to her inner voice more. It’s a tricky thing to do because not only were their friends and family watching, but the whole world was watching, too.

Faris continues to do the work in hopes that her upcoming marriage to cinematographer Michael Barrett will have a different ending. “My two other marriages were with actors and I don’t think we did a great job of eliminating competitiveness,” she told Gwyneth Paltrow on Anna Faris Is Unqualified in March. “Or at least I didn’t, being a proud person, and not wanting to reveal vulnerability. Any hint of competitiveness and comparison, I didn’t handle that very well, I don’t think. And I hope I’ve grown from that.”