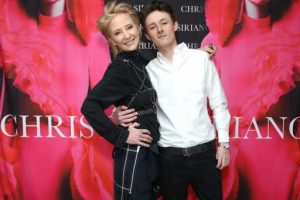 Anne Heche is currently in critical condition after a series of car crashes on Friday, Aug. 5, and there are a lot of questions surrounding the tragic day. While the police are looking for answers, the actress’ son Homer Laffoon, from her first marriage to Coley Laffoon, is making sure her medical team is on top of her recovery.

The situation is serious and the former Dancing With the Stars contestant‘s loved ones are extremely worried. “Her family is on pins and needles, just praying,” a source told Entertainment Tonight. Laffoon stepped up to take the lead and speak with doctors, making sure she gets the “best care” possible. The insider had high praise for her oldest son, adding, “He’s being as strong as he can be. Her family is ready to surround her and be there if she wakes up. Everyone is waiting for that to happen.”

It’s unclear why the 53-year-old star was driving recklessly at a high rate of speed in the Mar Vista neighborhood, but it resulted in a final fiery car crash that destroyed a home. Almost 60 Los Angeles firefighters worked for over an hour to put out the blaze and rescue Heche, who was severely burned. The Los Angeles Police Department did obtain a warrant for a blood draw to determine if drugs or alcohol were a factor in the series of events — and hit-and-run charges are also under consideration.

A second source noted to ET that everyone is “absolutely devastated and heartbroken” about what happened last week, but they are also concerned that “her character is being attacked” since the facts of the crash haven’t been sorted out yet. “They are trying to focus on getting Anne better, and it’s very hard when they have these negative distractions” the insider continued. “Anne is in a coma and fighting for her life. She has no voice here.” That’s probably why Homer is making sure his mom is protected because there will be many legal situations to work out after her recovery.