Home » Entertainment » Anthony Mackie: Marvel Doesn’t Have A Racism Problem, It Has An ‘Unawareness Problem’

Anthony Mackie: Marvel Doesn’t Have A Racism Problem, It Has An ‘Unawareness Problem’ 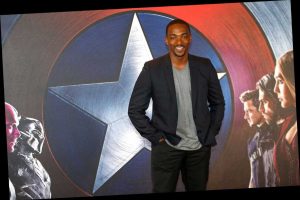 Anthony Mackie, who played Falcon in the “Captain America” and “Avengers” films, revealed in a new interview with Fatherly that he believes that Marvel Studios and other companies making Hollywood blockbusters suffer from an “unawareness problem.”

“I don’t think what’s happening is a racism problem,” Mackie said in the interview. He clarified earlier comments in June in which he called out Marvel for having an overwhelmingly white staff on all of its films and only hiring a majority of Black staff for “Black Panther,” the one Marvel movie featuring a Black superhero. “I think it’s an unawareness problem. I really think with most companies, they feel like they’re doing what they should be doing. In no way, shape or form is it enough.”

Mackie has been vocal urging movie studios to regularly hire diverse actors, film crews and directors for their skill rather than to hit a quota. In the new interview, he said that executives and financiers behind major motion pictures such as the Marvel blockbusters are likely to have offices and parties that are “98% white,” which reinforces a lack of understanding.

“The blessing about that is, I can go into those meetings and say, ‘The next time I go into this meeting, I don’t want to be the only Black person here,’” Mackie said, emphasizing that he felt it was his “job to make sure the Marvel universe is as good as it can be.”

Mackie also addressed the finale of 2019’s “Avengers: Endgame,” in which an elderly Captain America (Chris Evans) passes his iconic shield to Falcon, intending for him to inherit his legacy.

“It was humbling, just simply because of my background and where I came from,” Mackie said. “It’s even more humbling considering where we are as a country. … Having Captain America pass the shield to a Black guy.”

Mackie reprises his character in the upcoming Disney+ series “The Falcon and the Winter Soldier,” which was initially scheduled for release in August before production shut down in March because of COVID-19.