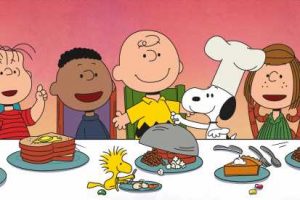 It was all too fitting that an anti-commercialism Christmas classic, broadcast over the public airwaves every year since 1965, would be sidelined in 2020 to a paid streaming service operated by a tech giant.

Such was the widespread reaction in October when Apple TV Plus obtained the exclusive rights to the “Peanuts” catalog, including the widely beloved “A Charlie Brown Christmas,” not to mention “A Charlie Brown Thanksgiving” and “It’s the Great Pumpkin, Charlie Brown.” It meant families could no longer watch the holiday specials on ABC — they would have to be streamed on the service Apple has been pushing since its debut last November.

To many, including the more than 260,000 people who signed a petition, it was a theft of holiday traditions befitting of grinches and blockheads, even though Apple would make the specials available for free for a few days under its agreement with the companies that own “Peanuts.”

On Wednesday, Apple eased its grip on the shows, announcing a deal that would allow PBS to show ad-free versions of the Thanksgiving special on Sunday and the Christmas special on Dec. 13. The announcement did not say whether the specials would return to public television after 2020.

But for this year, at least, it was the kind of tale that may have fit in the 1965 Christmas special, long praised as being ahead of its time in its anti-consumerism message. In the 25-minute production — spoilers ahead, if you haven’t gotten around to watching it in the past 55 years — Charlie Brown, dealing with a bit of seasonal depression, confesses he just can’t catch the Christmas fever like everyone else.

“Charlie Brown, you’re the only person I know who can take a wonderful season like Christmas and turn it into a problem,” his friend Linus tells him.

Charlie dismays at his sister, Sally, saying all she wants “is my fair share,” and at Linus’s sister, Lucy, complaining about her gifts while what she really wants is real estate.

“Look, Charlie, let’s face it,” Lucy tells him. “We all know that Christmas is a big commercial racket.”

Without going into a full plot synopsis, they break out some fierce dance moves, a Bible verse is recited, a slightly tree is decorated nicely, and Christmas is saved. 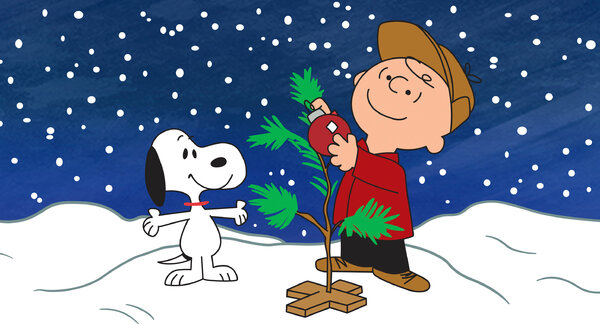 The Apple-PBS deal was struck too late to save this year’s showing of the “Great Pumpkin” for Halloween, prompting murmurs of discontent among those saddened at the loss of what had long been a nationwide communal experience. It was the first time since 1966 the special didn’t air on network TV.

The Thanksgiving special, sandwiched between its slightly more popular neighbors, first aired in 1973.

Gaining the “Peanuts” collection, the legacy of the popular cartoonist Charles Schulz, was seen as a coup for Apple TV Plus, the $5-a-month streaming service on which Apple has bet big and positioned as a competitor to streaming services like Netflix, Amazon and Disney Plus. It still has less content than its competitors, but has banked on creating can’t-miss exclusive shows.

As part of its deal with “Peanuts,” Apple will be producing a new season of “Snoopy in Space” and new holiday specials celebrating Mother’s Day, Earth Day and New Year’s Eve.