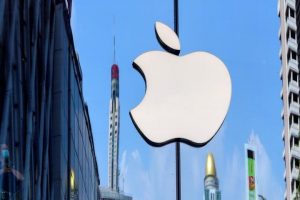 Apple’s iOS 15.4 is arriving next week after being in development since the beginning of the year. While Apple didn’t share an exact release date, the software update is expected to roll out halfway through the month on March 18.

The update will include a slew of exciting new features, beginning with a revamped Face ID that allows users to unlock their iPhones while wearing a face mask. A beta version of the feature, which was tested last month, was proven to work well. Users will be able to enable the feature in their settings, though they’ll have to re-register an image of their face.

Apple is also introducing a tool called Tap to Pay. This will allow more businesses to charge customers via their iPhone, and functions as an alternative to the device’s Square card reader plug-in.

Other new additions include a fifth Siri voice and a safety feature for the item-tracking AirTags that warns users against tracking others without their consent. It will also bring improvements to FaceTime calls, Live Text and the Weather app.

“These latest software features build on the release of iOS 15, which enhanced the iPhone experience with more ways to stay connected, powerful updates that help users focus and explore, and intelligent features to get more done with iPhone,” Apple said in a press release published March 8. iOS 15.4 will automatically be downloaded on the new iPhone 13 and iPhone 13 Pro.