Apple's iPhone 13 May Get a Thinner Notch but Thicker Body 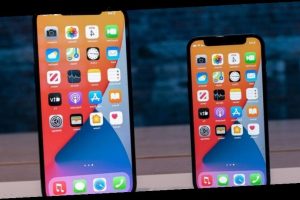 New rumors have surfaced suggesting that Apple‘s iPhone 13 design will feature a thinner notch, but increase in overall thickness.

Citing Mac Otakara, the Apple-focused outlet Mac Rumors reports that while Apple will also be offering four variations of its upcoming iPhone 13 in the same manner as the recent iPhone 12, the design of the new devices will carry smaller notches on the top of the screen, although at the same time the overall thickness of the phones will also increase by approximately 0.26mm.

Another change will be the cameras on the rear side of the iPhone 13, which is expected to increase in size by 0.9mm and be covered entirely by sapphire glass. It’ll also protrude less than its predecessor thanks to a design similar to that of the 2020 iPad Pro, and possibly feature sensor-shift optical image stabilization, which the current iPhone 12 Pro Max already has.