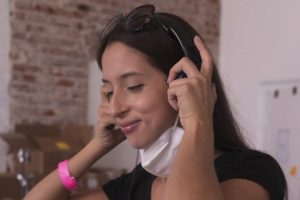 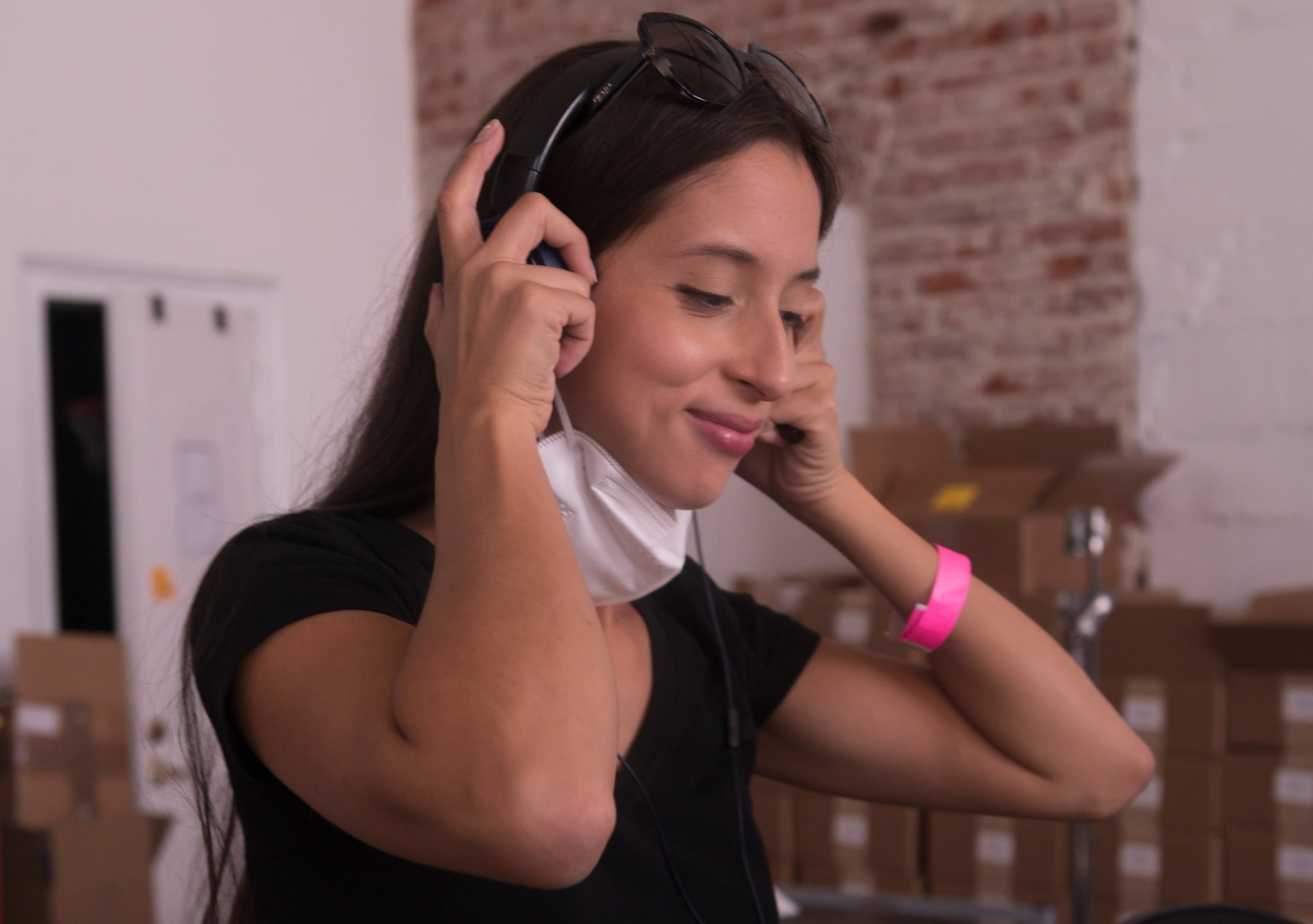 April Maxey is using her story to break the stigma that permeates sex work. Debuting at this year’s Sundance Film Festival, Work tells the story of Gabi (Marisela Zumbado), a queer Latina freelance editor who impulsively returns to her old job at a lap-dance parlor to try to get over a bad breakup. It’s there that she reconnects with a friend from her past and eventually finds herself again.

Given that the 13-minute film is based on Maxey’s own experience, the director didn’t have to search very far for inspiration. “I had always wanted to tell a story about this chapter in my life where I was dancing and I had gone back after a breakup. I was in this transitional chapter of my life where I’d moved and I had to start over,” Maxey tells POPSUGAR. “And then during the pandemic, I went through another breakup and I was really finding it important for me to spend time alone. I was just doing a lot of reflecting.”

Maxey ended up rewriting the script to reflect the emotions she went through during the pandemic. Her goal was to make a film about “the process of letting go of a past version of yourself and telling this messy, nuanced, complicated journey of what it looks like to move forward.” She adds, “The underlying idea is that it’s OK to be in solitude, work on yourself, and find yourself again. You can find moments of peace in that.” Those feelings of peace and hopefulness are evident as the film progresses, but especially in the final scene where we see Gabi staring out into the sky just as the sun starts trickling in. “It’s not supposed to be a sad ending,” Maxey explains. “I hope people feel a little uplifted by that, and maybe people will have more compassion for women that have different experiences than them.” 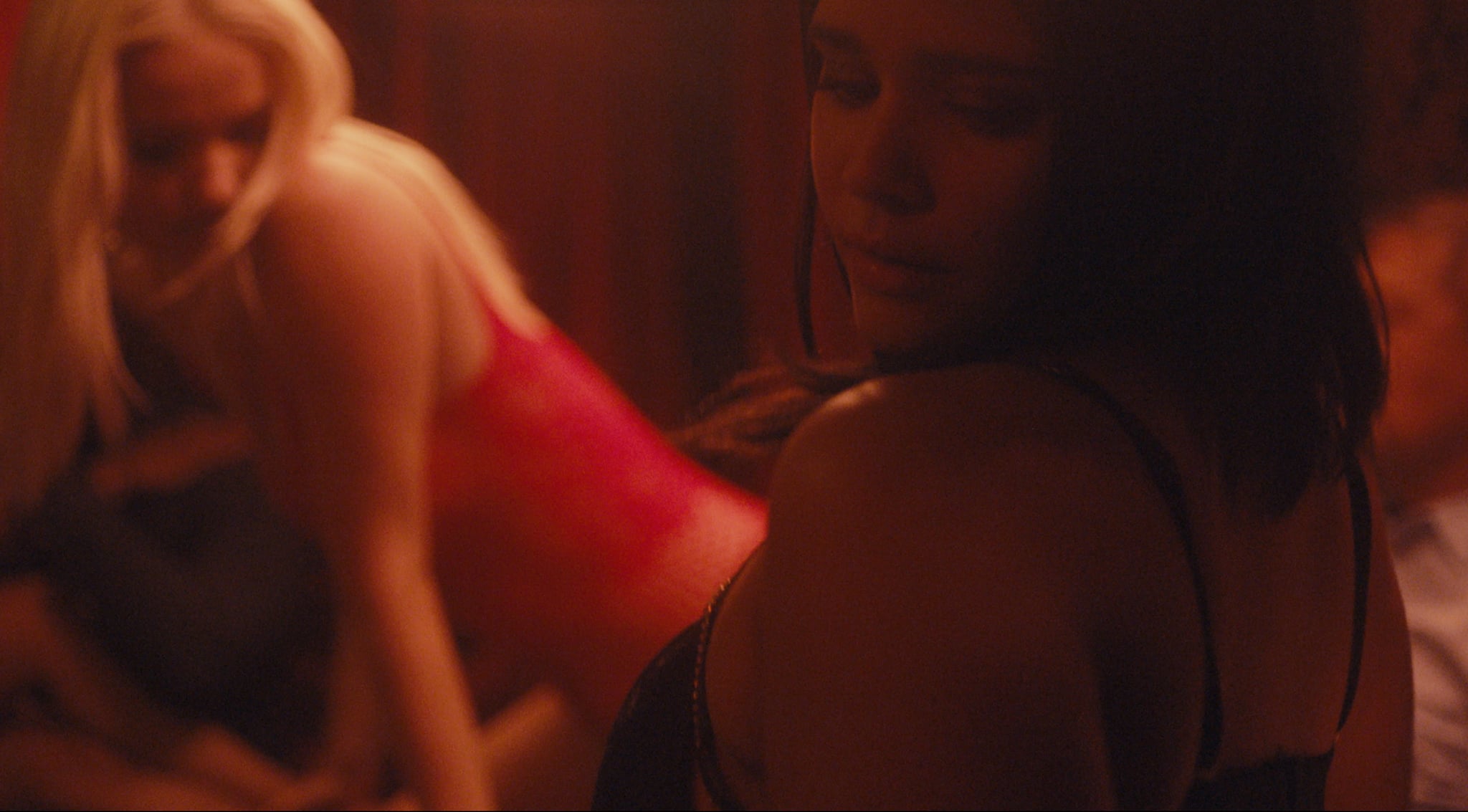 The story of embarking on a journey of self-discovery after a breakup is a tale as old as time, but Work sets itself apart by shedding light on the world of underground dance parties. Without any judgement, it shows how sex work is just like any other job and the characters are people with problems like everyone else. “There’s a lot of stigma around sex work, stripping, dancing, and stuff like that. There’s a lot of shame around it. And I don’t think that there should be,” Maxey says. “If [viewers] are able to follow [Gabi] and her journey and understand her, hopefully it’ll challenge people’s beliefs.”

Maxey has already started working on the feature version of the short, but she’s curious to hear people’s takes on where to take Gabi’s story next. Should Gabi get into another relationship now that’s she’s found herself? Or is she better off alone? Personally, Maxey would like to see her single for a while. “She’s going to be prioritizing herself and trying to find what fulfills her, and focusing on that. It might be a messy journey, two steps forward and one step back, but it is very human,” Maxey notes, adding, “Maybe she’ll get on a dating app and be like, ‘No, I’m good.'”

In addition to the feature, Maxey wants to continue telling stories. “I really just want to get more opportunities directing this year because I feel like I could always be strengthening that muscle. I feel like I’m still learning,” Maxey says. “I want to do a queer horror film. It has been calling me!”

Regardless of what Maxey does next, she’s definitely one to watch.

Work is currently screening at this year’s Sundance Film Festival from now until Jan. 30.