Home » Are you ready for your first proper look at season 2, Lupin fans?

Are you ready for your first proper look at season 2, Lupin fans? 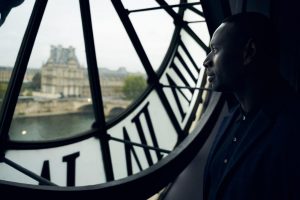 Lupin, which dropped on Netflix earlier this year, has already scored a 100% ‘fresh’ rating on Rotten Tomatoes. And, yeah, you better believe more episodes are coming soon.

Updated on 5 May 2021: Netflix’s Lupin (aka the series which currently boasts a whopping 100% ‘fresh’ rating on Rotten Tomatoes) ended on a massive cliffhanger, didn’t it? The sort of cliffhanger that might leave some people in lockdown screaming at their TV screens in an embarrassing display of desperation (this writer included).

Thankfully, though, it seems we won’t have long to wait to find out what’s next for Assane Diop, as Netflix has confirmed that we will be getting more Lupin episodes – and more Omar Sy – very, very soon.

The 35 best Netflix Original TV series ever, from Lupin to The Queen’s Gambit

Speaking to Vanity Fair about the show’s upcoming five episodes, Lupin co-creator George Kay said that they will fill in more audience blanks about Assane, and how he came to be a thief and master of disguise.

“The backstory is going to take you up to how he got to that point,” Kay said of the series, which cuts between present and flashbacks to Assane’s origin story. “Right now we don’t know what happened to him in the gap between him being, like, 15 and being 40. So we’re kind of retrospectively educating with this huge backstory.”

Kay added that a lot of questions will be answered in the second season, but not all – as he’s very much planning on a third.

“There’s a lot of that that’s worked out [in season two], but not all the details,” he said, explaining that he’s “always looking to go back to backstories and plunder them for twists.”

What will we learn about Assane Diop in Lupin S2?

“It won’t be set in the too-distant future, because you’re constantly trying to use your backstory to jump around in time,” Kay finished.

“We want to keep a continual story line in the present for Assane.”

Sy, of course, can’t wait to reprise his role as the ‘James Bond of France’.

“When we think about a character who’s cool, who can do lots of things, who has style, who’s charming – he has everything so I say he’s James Bond for us,” he told Deadline.

And, while he has yet to comment on the upcoming second series, Sy previously admitted that he can’t wait to get stuck in.

“The first bet that we won was to bring this character to life and to create a franchise. The franchise exists and now it’s up to Netflix to see what they want to do with it. We’ll see what they propose, but this is a character that is super enjoyable and who I would take great pleasure in revisiting tomorrow if I can.”

As reported on 8 March: The trailer for the second part of the series looks… well, it looks phenomenal.

“This isn’t a game anymore,” promises the official synopsis for the next five episodes of the must-watch TV series.

“Assane’s quest for revenge against Hubert Pelligrini has torn his family to pieces. With his back to the wall, he now has to think of a new plan, even if it means putting himself in danger.”

As reported on 28 January 2021: while we don’t have an official release date for the new episodes, the show – which has been number one in Netflix’s Top 10 across more than 10 countries since its premiere earlier this year – will return in summer 2021.

And, as if you needed any more reason to tune in, know this: all five of those new episodes have been directed by The Climb’s Ludovic Bernard and Hugo Gélin.

Omar Sy walks the streets of Paris in Netflix’s Lupin.

But… wait, what do you mean you haven’t watched Lupin yet?

As reported on 12 January: Loosely based on the adventures of fictional thief Arsène Lupin, this Netflix Original follows Assane Diop, whose father, Babakar, is framed for the theft of an expensive diamond necklace by his employer, the wealthy and powerful Hubert Pellegrini.

Babakar, tragically, dies in his prison cell, leaving his teenage son an orphan. 25 years later, though, Assane is all grown up and absolutely ready to seek justifiable revenge.

New on Netflix: 24 new TV shows have been announced, and we’re 100% into them all

So, how does he go about doing this? Well, inspired by Maurice Leblanc’s novels about gentleman thief Arsène Lupin, Assane (who now has a teenage son of his own) sets out to steal Marie Antoinette’s necklace from the Louvre.

And, as Stylist’s Jazmin Kopotsha puts it, this addictive storyline means that Lupin becomes a beautiful hybrid between Luther, Sherlock, and Ocean’s 11 – which should be more than enough to convince you to give it a go, quite frankly.

Is there a trailer for Netflix’s Lupin?

You can watch the trailer for Lupin below:

Who stars in the cast of Netflix’s Lupin?

Comedian and actor Omar Sy takes the lead as the mischievous and adventurous Assane Diop, which is one of the TV show’s biggest selling points, quite frankly.

As writer George Kay tells Variety: “Technically, Assane is a criminal but he’s charismatic, he’s fun, he has winky ways to do his crimes. You want him to steal stuff, and of course massively central to that is just Omar’s likability. His smile is king.

“Omar is a modern hero, someone that men and women and children all love in France, and he’s a diverse French actor in a country when there aren’t many of those figureheads. He’s charming and has all of the modern appeal that a modern Lupin should have.”

Best TV shows of 2021: the 35 must-watch series coming to our screens

Is Netflix’s Lupin based on a true story?

Lupin is not based on a true story; rather, it’s inspired by Maurice Leblanc’s Arsène Lupin novels.

“Lupin is so French that you cannot grow up in France and not know who is Arsène Lupin,” Sy tells Variety, adding that Lupin has always been a dream role of his.

“If I was English I would say James Bond, but Lupin is the best character for that: he’s fun, funny, very elegant; there is action. Lupin is just the perfect character to cross [off] everything on the bucket list. You can do everything with that character. It is the perfect role.”

What are people saying about Netflix’s Lupin?

Essentially, all those who’ve taken the time to watch the series are positively obsessed.

“Love love love this show,” tweeted one fan. “Omar Sy is sick. And it’s actually critical of the French [establishment], which is a first!”

Another added: “Looooove this show! And it helps when you have a major crush on the lead guy; Omar Sy is so handsome. There’s something in the French water.”

“Lupin is great,” added one more, describing it as “pure escapism.”

”Lupin is absolutely one of the best shows I’ve seen in my life,” said one more.

Another noted: “I wish Lupin was getting a fraction of the press Bridgerton is! Probably the best new thing I’ve seen in years.”

And still one more joked: “Totally recommend Lupin on Netflix! It’s the best show I’ve watched in months and trust me, I’ve watched everything.”

It’s also worth noting that, over in the US, Lupin is currently the most-watched show on Netflix – something which Sy himself was quick to share on Twitter.

How many episodes of Netflix’s Lupin are there?

The first five episodes of the 10-episode series dropped on 8 January, with the next five set to debut at a later date.

Together those 10 episodes have been built as “the origin of how Assane came to be here,” says showrunner Kay.

Will there be a season 2 of Netflix’s Lupin?

Speaking to Variety, Kay has hinted that these 10 episodes are just “the first chapter of a bigger show.”

So, while a second season of the TV show has yet to be confirmed, we fully suspect that we will be seeing more from Sy’s Assane before too long has passed.

And is Netflix’s Lupin really better than Bridgerton?

It’s difficult to say for sure, as the two shows are incomparable: they are starkly different in terms of tone, format, and subject matter.

If you’re the sort of person who prefers slick heist dramas to corset-heaving romances, though, this is undoubtedly one for you. Because Lupin is gritty, funny, and stylish – not to mention packed to bursting with puzzles, cool capers, and surprising twists.

Plus, if you watch it now, you’ll be ahead of the game when everyone else catches up and starts telling you about this “awesome James Bond-meets-Robin Hood show” they found on Netflix.

The first five episodes of Lupin are available to stream on Netflix now.