MIAMI — “It’s better to look good than to feel good” seemed to be the internal mantra throughout much of the week’s Art Basel Miami Beach fair, which ended Sunday. In its 17th annual edition, the fair and a dizzying number of concurrent celebrity-studded events took over the entire greater Miami area. And though many fashion shows and private dinners had an at-best tenuous connection to the actual art, it all looked, well, marvelous. 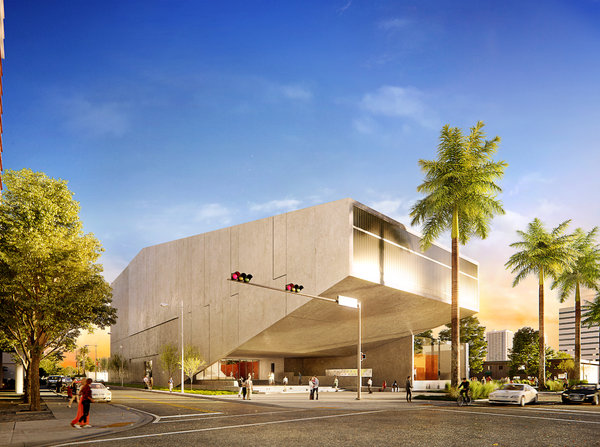 At the fair’s V.I.P. opening last Wednesday inside the Miami Beach Convention Center, one big-ticket sale came early at the Gagosian Gallery’s booth as a couple dressed in shabby chic — complete with a military-style field jacket for the gentleman — snapped up a 1957 untitled abstract painting by Sam Francis for $6.5 million. A Gagosian saleswoman directed the couple to two black leather chairs parked in front of their new canvas: “Just sit in the chairs, casual, like it’s your living room!” she instructed as she took their photo. (The couple declined to identify themselves.)

Yet behind the glittering facade, signs were evident of structural cracks — particularly within Miami Beach, which is joined at the hip to Art Basel. It was deeply jarring when Basel’s Swiss-based owner, MCH Group, announced last month that it was drastically reducing its international holdings in regional fairs, consolidating its focus on its “very sound position” in core fairs in Basel, Miami Beach and Hong Kong. Following reports of a $100 million loss, it canceled Grand Basel in Miami Beach, a luxury car showcase slated this February for the same Convention Center — one currently receiving a taxpayer-funded $620 million revamp at Basel’s explicit request.

The real talk among moneyed collectors was the impact of a skidding stock market coupled with a dramatic cooling of luxury real-estate values around South Florida. While the inaugural Faena Festival was unspooling around Miami Beach’s art-themed Faena House condo building, another story was unfolding inside the three-year-old Faena House itself. The shift in market outlook had produced what The Wall Street Journal called an “exodus” of high-end condo owners (including the gallerist Larry Gagosian), who were selling off their units there, many for millions of dollars less than their purchase prices. Local Realtors have been loudly forecasting that Miami real-estate prices were poised to hit new heights, buoyed by Basel’s annual presence. Their high-net-worth clients seemed to be betting otherwise.

A similar warning was contained within an otherwise glowing new analysis commissioned by the Miami-based John S. and James L. Knight Foundation and conducted by the consulting firm TDC. “Evolving Arts Ecosystems: A Study of Miami” took a broad look at the undeniable “explosion” of cultural activity over the past decade in the wake of Art Basel’s arrival, much of it spurred by the $165 million in grants that Knight has given since 2005 to local arts organizations, ranging from institutions like the Pérez Art Museum Miami to scrappy artist-run spots like Swampspace and the Bas Fisher Invitational. (Letter16 Press, a nonprofit publisher of photography books co-founded by this reporter, is also a past Knight grant recipient.) Attendance records at museums have shattered even the most optimistic projections; arts-related jobs continue to sprout; a once-endemic “brain drain” has been, if not reversed, at least stabilized.

However, the TDC report also cautioned that “continued progress isn’t assured. The arts in Miami rely on a limited number of funders, and many of the largest arts organizations operate with little to no operating reserves,” meaning without the six months of unrestricted net assets deemed necessary for financial stability. According to the report, the proportion of arts organizations with less than two and a half months of such assets “increased from 42 percent in 2005 to 50 percent in 2015.”

Is Miami a case of too much, too soon: too many arts organizations, too few private funders to keep them all afloat?

Alberto Ibargüen, president of the Knight Foundation, stressed that the Miami arts world had not yet experienced the kind of philanthropic generational transfers of wealth that would be game-changing.

“The real issue is: What happens if there’s a next Great Recession, if 2008-2009 revisits us?” he mused. The Pérez, the Bass or the Institute of Contemporary Art, Miami would “have to belt-tighten and muscle through for the three, four or five years it’ll take to go back to normal.” Mr. Ibargüen was more concerned with the possible shakeout on smaller organizations, and Knight’s most recent round of $37 million in grants reflected a shift toward those outfits — with many being given funds to aid in the purchase of their own buildings and bolster them against the threat of gentrification. Some have already been priced out of the very neighborhoods their presence had helped to revitalize.

Yet against this backdrop of declining endowments, another private museum formally announced its deep-pocketed birth: The nonprofit Berkowitz Contemporary Foundation, unveiled by the fund manager Bruce Berkowitz and directed by his 25-year-old daughter, Chloe, intends to break ground in 2020 on its own 45,000-square-foot public art space. Set for permanent installation are James Turrell’s 80-foot-high immersive light sculpture “Aten Reign,” purchased by Mr. Berkowitz after it was exhibited at the Guggenheim in 2013, and a 180-foot-long wall-like sculpture by Richard Serra.

Left unspoken is the likelihood that much of the Berkowitz family’s art philanthropy will now be flowing into its own museum, rather than to the Pérez, where Chloe Berkowitz was previously a board trustee while studying art history at the University of Miami.

Ms. Berkowitz declined to discuss the specifics of her foundation’s future budget, except to say that its museum would house new acquisitions as well as traveling exhibitions, guest lectures and a film series. In other words, everything the Pérez currently does. “It’s the prerogative of the people donating what they choose to do with their funding,” she explained. “A lot of people can write a check. It’s a different journey, a different process, when you want to be more involved.”

Mr. Ibargüen said that criticizing the spread of private art museums and their supposed diversion of wealth away from their public art brethren was “exactly wrong.”

“Who was going to tell Whitney or Frick, ‘Don’t put your collection in your own building, we already have a museum?’” he said, referring to Gertrude Vanderbilt Whitney and Henry Clay Frick. “I consider the Berkowitz coming in to be a sign of vitality, not of weakness,” he said, adding, “I would rather have the variety.”

“I would rather have people say, ‘Gosh, I had too many things to do in the arts last night.’”