There you are in Hong Kong, making your way through the convention center and this newest iteration of Art Basel. Ah! There’s a group of bamboo and rattan sculptures by Sopheap Pich, the Cambodian artist, inspired by trees in his homeland. And there, at the same booth, a new map — she’d call it a cartographic work — by Tiffany Chung, the Vietnamese artist. Maybe it’s a new addition to “The Vietnam Exodus Project,” whose images Holland Cotter described in The New York Times as “personal, political and ineradicable.”

The gallery name may be a surprise. These works didn’t come from an exhibition across the harbor in Kowloon or from Tokyo, Jakarta or Saigon. Mr. Pich and Ms. Chung (who now lives in Houston) are represented by Tyler Rollins Fine Art in New York, a gallery in the Chelsea neighborhood of Manhattan, half a block or so from the West Side Highway.

It’s no longer unheard-of for artists from one end of the earth to be represented by dealers from the opposite end.

“Huge kudos to Tyler for doing this,” Adeline Ooi, the Asia director of Art Basel, said in a telephone interview from Hong Kong. “His sole commitment to Southeast Asia and Asia Pacific is unparalleled.”

The Rollins gallery, which specializes in midcareer artists, will also be exhibiting the work of Pinaree Sanpitak and Agus Suwage at Art Basel Hong Kong. 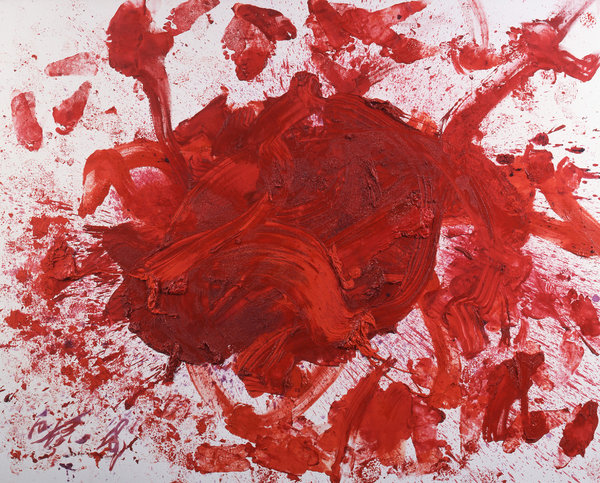 Ms. Pinaree, born in Thailand, often uses images of the female body — especially breasts — and domesticity as themes in her paintings, drawings, sculpture and installations. She also likes candle wax as a medium. Jason Farago of The New York Times has compared her work to that of Louise Bourgeois.

Mr. Suwage, an Indonesian of Chinese and Javanese heritage who often uses watercolor, ink and tobacco juice in his work, has also been praised by The Times. Mr. Cotter called his work remarkable and summed him up as “a born satirist, which means a born moralist.”

Mr. Rollins, the gallery’s American namesake, said in an email that he had “noticed a huge change in the market” since the gallery opened in 2008. Collectors now seem to have a broader interest in Asia “beyond the most familiar countries,” he said.

Rollins is not the only New York gallery with a thriving and highly focused Asian art program. At Fergus McCaffrey, a few blocks north in Chelsea, one specialty is the Gutai group, the avant-garde Japanese artists who gleefully challenged artistic tradition after World War II.

At Art Basel Hong Kong, McCaffrey is showing the intense dark colors and bold strokes of several Gutai artists, including Kazuo Shiraga (who has a solo show at McCaffrey’s new Tokyo gallery at the same time), Sadamasa Motonaga and Toshio Yoshida.

Americans may have been slow, Mr. McCaffrey said, compared with their European counterparts, to appreciate Japanese postwar art, but that has changed since the gallery opened in 2006.

“Collectors quickly came to realize that something special happened in Japanese art and culture after the horror of the war,” said Mr. McCaffrey, who was born in Dublin and studied at Kyoto University in the early ’90s. They also realized that its best artists were “equal to the leading innovators in the Western canon.”

One sign: When “Epic Abstraction” opened at the Metropolitan Museum of Art late last year, curators put a Shiraga (“an extraordinary untitled 1958 painting,” The Times said) right in the middle of the Jackson Pollocks. Mr. McCaffrey called that decision “an indication of how things have changed.”

When 47 Canal, the downtown New York gallery founded by Margaret Lee, a Chinese-American artist born in the Bronx, notes that many of its Asian artists are immigrants or Asian-Americans, Ms. Ooi adds: The diaspora counts.

“There are so many ties that bind,” Ms. Ooi said. Many people today, she pointed out, have “hybrid identities,” defining that as “when you’re half-this, half-that and growing up somewhere else.”

She cheerfully describes herself as Malaysian-born, Malaysian-Chinese by heritage (with grandparents from mainland China), “living in Hong Kong, running an event for a Swiss company.”

At Art Basel Hong Kong, 47 Canal is showing works by Cici Wu, Anicka Yi and Trevor Shimizu — as well as by Josh Kline, Elle Pérez and others.

“I feel like the fluidity within the sense of the Hong Kong show is really beautiful, and it works,” Ms. Ooi said.

That fluidity is particularly apparent at Commonwealth and Council, a gallery in Los Angeles’s Koreatown neighborhood, with Korean-American owners and an artist roster that is about 25 percent Asian-American. The work they’re bringing to Art Basel Hong Kong this year is by Clarissa Tossin, an eco-conscious multimedia artist born in Brazil.

“We do give thought to regional tastes in deciding on which artists to bring,” said Kibum Kim, a partner, but “we feel that generally Asian collectors are eager to learn more and increasingly interested in expanding their collections to include more international emerging artists.”

The terribly British, practically Parliamentary gallery name? It’s from the early days, when Mr. Kim’s partner Young Chung founded the business in his apartment living room — at the corner of Commonwealth Avenue and Council Street.

END_OF_DOCUMENT_TOKEN_TO_BE_REPLACED

END_OF_DOCUMENT_TOKEN_TO_BE_REPLACED
We and our partners use cookies on this site to improve our service, perform analytics, personalize advertising, measure advertising performance, and remember website preferences.Ok