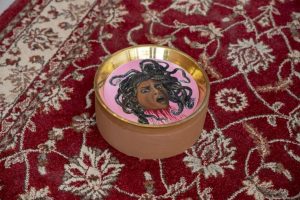 WHAT DID YOU SAY? TEAHOUSE

Community arts group 3Pumpkins is producing a multilingual series targeted at senior citizens. The series currently livestreams every Tuesday to Sunday (except Friday), at 9pm on YouTube. But the group has partnered with Project Audible Cheer and Lion Befrienders to raise funds for 2,000 MP3 players which can be preloaded with content for seniors.

There are programmes in Malay and various Chinese dialects which offer a range of audio and visual entertainment for seniors. The light-hearted Malay chat show, Burung Kakak Tua, hosted by Farez Najid and Moli Mohter, is livestreamed on Thursdays. On Mondays, Li Xie hosts LelioFusion which offers a mix of original radio plays, public service announcements and telephone call-ins. Film fans can tune in to Zelda Tatiana Ng’s Super Fan Club on Tuesdays while Jalyn Han’s Baabuu Time on Fridays is a community show featuring guest speakers who will share their talents. Oliver Chong takes over Saturdays and Sundays to retell the classic Journey To The West in Cantonese.

Where: Find the Teahouse programmes on 3Pumpkin’s YouTube page and donate to Project Audible Cheer at this website.

THE EARTH AND HER SKIN

Artist Priyageetha Dia’s solo show at Art Porters opened on March 21 before the venue closures on March 26. Those who missed the show can check out the catalogue which is available online and a video tour of the works.

Dia is best known for sparking a conversation about public art installations with her golden staircase work in 2017. While gold is still evident as material and metaphor in her work, the objects in the earth and her skin present the artist’s exploration of race, gender and anger.

She reclaims female power by painting Medusa, the female Greek monster who turned men to stone, in her likeness. The artist says in a conversation with curator Kimberly Shen, transcribed in the catalogue, that the works in this show “respond to phenomena of the brown body, including the aftermath of the staircase episode; being racially stereotyped as a gold-loving Indian snake”.

While a virtual tour cannot match the tactility of a close encounter with the works, it is the next best thing till galleries are open again.

The Blue House was artist Frida Kahlo’s childhood home and where she died in 1954. You can now “walk” through the house in Mexico City, which was turned into a museum in 1958. Fans should not get too excited though – the artworks are not accessible in this virtual tour. You can see works on the walls, but you cannot zoom in for closer inspection and there are no accessible captions.

You can, however, wander through the lovely courtyard garden, with its lush greenery studded with stone sculptures and punctuated by a little stepped pyramid structure.

The different rooms offer vibrant bursts of primary colours: sunny yellow floors and shelves, splashes of green and red pottery, warm red stone floors and sturdy wooden furniture. A bright pink shawl on a coat rack and a cabinet stuffed with dolls and figurines in the bedroom and the well-used paint tubes and wheelchair in the studio gives one the sense of being a peeping Tom in a private haven. Well worth a digital detour for Kahlo fans.

MAPLETREE ARTS IN THE CITY ON AIR

If you need a good giggle, tune in to actress Jo Tan’s comic remakes of two songs on YouTube. She has turned Abba’s Dancing Queen into “Tanxin” (Greedy) Queen, a goofy spoof about stress eating during the circuit breaker. And The Beatles’ Let It Be becomes a heartfelt lament about losing access to bubble tea, a tragedy of comic proportions.

During the circuit breaker period, Mapletree has moved its Arts In The City programme online and the series is now available on YouTube. If musical spoofs are not your cup of tea, try an Urban Landscape Sketching session by the Visual Arts Centre. And for the kids, there is Circus In Motion, with bubble art and juggling.