At The Movies: Swallow, 365 Days, Nobody Knows I'm Here 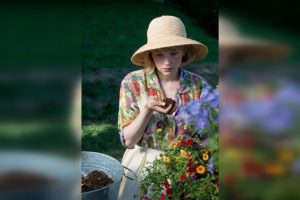 SINGAPORE – The psychological horror work Swallow (2019, M18, 95 minutes, streaming on kinolounge.shaw.sg, $12.99 for a 48-hour rental period, 3 stars) follows in the tradition of European movies that are quietly but persistently unsettling.

Hunter (Haley Bennett in a wonderfully controlled performance) has a problem. She has everything a woman of her class should want: A handsome, wealthy husband (Austin Stowell) and a home that is a modernist dream come true. All the stay-home wife has to do, as everyone keeps telling her, is to look good and keep the home tidy.

Emotionally and physically isolated, Hunter develops a compulsionfor swallowing small household objects. It is self-harm born of depression, but not a cry for help, as she is aware of how bizarrely she is acting and is desperate to keep it a secret.

Writer-director Carlo Mirabella-Davis, in this beautifully-shot feature debut, is aware that he is sitting on a powder keg of luridness. He compensates for the story’s implicit sensationalism by keeping the visuals pretty, but also cool and slightly clinical.

It is a smart move as the sight of Hunter’s acts of gustatory defiance will generate plenty of revulsion on their own. But as her secret widens to include other members of the family, the storytelling gets looser and increasingly soapier.

Pica, as the eating disorder is named, is a clever way of introducing new visceral chills into an old story of the alienated suburban housewife.

Unfortunately, it might be – pardon the pun – too tasteful for its own good. I wish Mirabella-Davis had further developed the idea of Hunter’s intestinal discomfort as a representation of her psychological turmoil. Instead, in the last act, there is a sudden lurch into the realm of the female-emancipation thriller that feels like an add-on from another movie.

In story format, it is a bodice-ripper, a style favoured by some publishers of books for adults. Laura (Polish actress Anna-Maria Sieklucka), a beautiful and naive young woman, is kidnapped by an equally beautiful man, Massimo (Italian actor Michele Morrone). She is defiant; he is a domineering mafia boss who must possess her. Despite his immense power and wealth, he has principles and gives her 365 days to fall in love with him.

As others have said, this is a story that serves to justify the belief that if the abductee relents in the end, or begins to appreciate her “better life”, no crime has occurred. It is a revolting idea, made worse by news reports about how in parts of the world, the belief drives the practice of child brides and sex trafficking.

So be forewarned, though it must be said that no such judgement has been visited upon the thousands of novels about lusty pirates and highwaymen taking high-born ladies by force.

This movie, based on a 2018 Polish novel, is as ridiculous as can be expected of a poker-faced rendering of pulp writing. Laura and Massimo live in a glamorous world of money and power, it’s too bad that it is filled with the most off-puttingly self-centred leading characters in recent memory.

Here, the fantasy lives in the head of a lonely outcast Memo, played by Jorge Garcia, an American actor best known for playing Hurley on the thriller series Lost (2004 to 2010). The surly man works with his uncle in a tiny Chilean town, but in his head, he goes to his happy place: On a stage singing, surrounded by adoring fans. One day, his secret, one that explains his social isolation, is revealed.

As character studies go, this film has its moments, but director Gaspar Antillo spends too much time on poetic musings about Memo’s secret pain and too little on supporting characters, while also wasting time on toothless warnings about our obsessions with pop entertainment and social media.