'Avatar: The Way of Water' Becomes Sixth Film in History to Pass $2 Billion USD at the Global Box Office 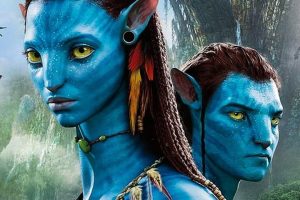 Notably, Cameron is behind three of the six aforementioned films. Aside from The Way of Water, the decorated director also helmed Avatar and Titanic. Additionally, Zoe Saldaña, who depicts Neytiri in Avatar, stars in four of the six movies, with roles in Avengers: Endgame and Avengers: Infinity War.

The first Avatar movie, which premiered 13 years ago, still holds the No. 1 spot among the highest-grossing films, with a whopping $2.9 billion USD. Avengers: Endgame comes second with $2.79 billion USD, and Titanic takes third place, with $2.19 billion USD.

The Way of Water, which debuted in December, takes place more than a decade after the happenings of the 2009 film. At the center of the plot is the Sully family: Jake, Neytiri and their children. According to the official synopsis, the movie chronicles “the trouble that follows them, the lengths they go to keep each other safe, the battles they fight to stay alive, and the tragedies they endure as they fight for their home on Pandora.”