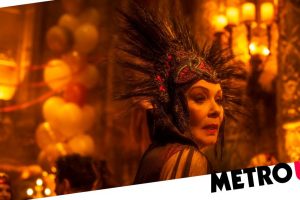 Babylon star Jean Smart has spilled the beans on the movie’s wild opening party scene, revealing it resulted in a few of its extras who took things too far being removed from the set.

The sprawling celebration held at a movie star’s mansion in the film’s first few minutes well and truly kicks things off as director Damien Chazelle intends to go on, with graphic sex, drugs and jazz – the 1920s version of rock ‘n roll.

Alongside the Hollywood hedonism of the party’s human guests, which number stars Brad Pitt and Margot Robbie, there’s also chickens and an elephant emptying its bowels (you have been warned).

Smart shared her admiration for both Chazelle’s vision and the work of the film’s extras in the shots but said that a few of them got carried away.

Discussing moments that were particularly tricky but memorable to film, the Hacks actress picked out the main party scene.

Speaking exclusively to Metro.uk, she recalled: ‘First of all I was just blown away by Damien’s endless tracking shots through this party with the chicken and Diego [Calva, who plays aspiring producer Manny Torres], and our fabulous extras who were willing to just let it all hang out and show up day after day, completely uninhibited. 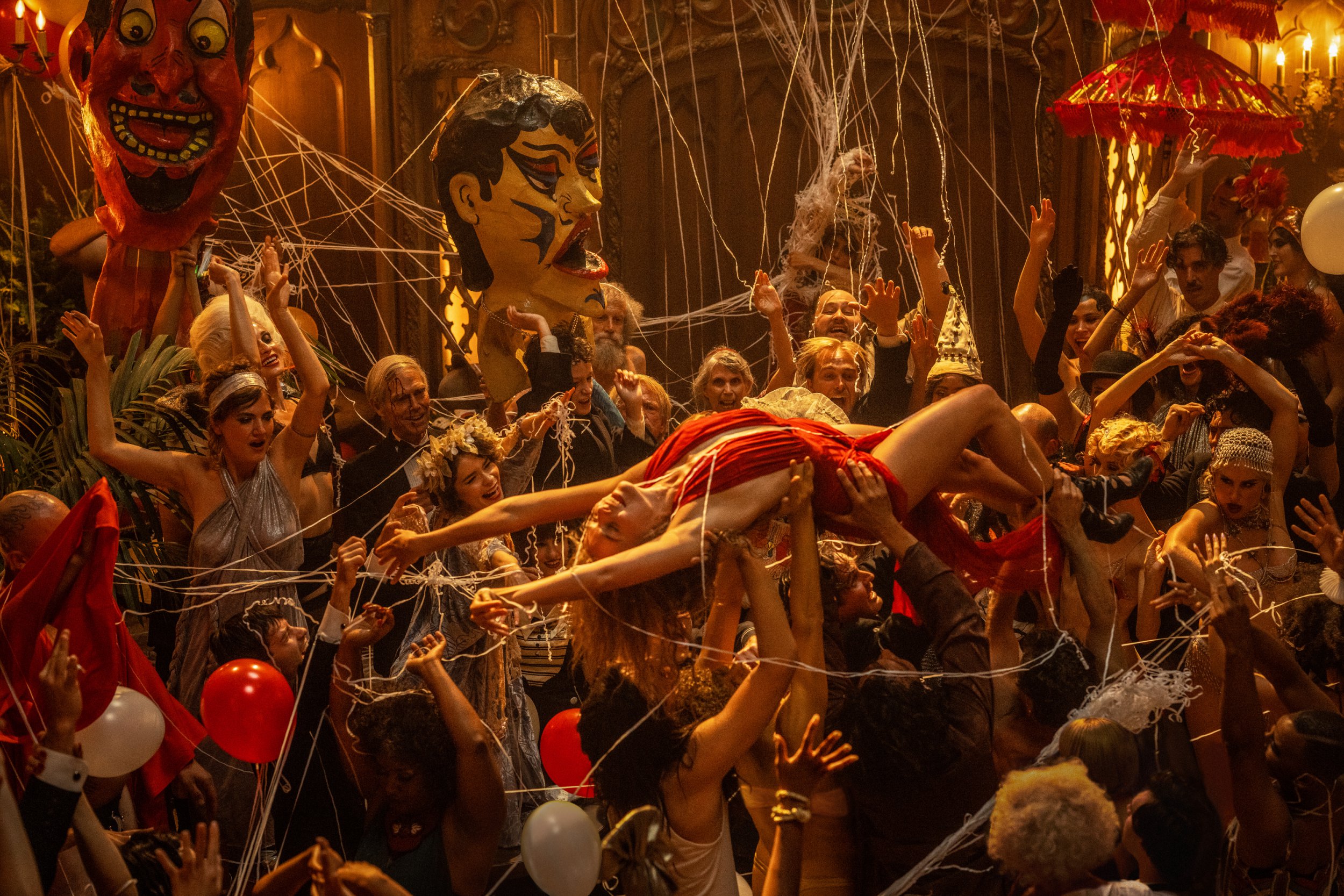 ‘I thought, “Well God bless ‘em!” because that’s hard work and you don’t get a lot of glory for it – although they seemed to be having fun.’

She then added: ‘Apparently there were some extras who showed up who were high or brought in performance-enhancing items, who had to be politely asked to go home! But for the most part they were total pros and they just amazed me.’

The 71-year-old said that she was also blown away by their surroundings too.

‘Those rooms, those movie palaces that I had never seen – I had never been inside any of those in Los Angeles. They’re absolutely breathtaking, and they were all built in honour of movies: they called them movie palaces for a reason.’

Despite Babylon’s poor performance at the US box office, Smart is still convinced that it will find its place among classic cinematic releases.

‘I really do think, whether you love it or hate it, this movie is going to be required viewing in every film school for decades,’ she stated.

The movie was nominated for five Golden Globes (winning one for Justin Hurwitz’s score) and focuses on the traumatic switch from silent movies to talkies in 1920s and 1930s Hollywood.

It’s stuffed full of real-life figures and characters closely based on them, such as Clara Bow, Anna May Wong, John Gilbert, producer Irving Thalberg and Smart’s part of influential columnist Elinor St John, who is moulded in the fashion of Louella Parsons and Hedda Hopper.

The extreme scenes in Babylon raised Smart’s eyebrows to begin with, but she still didn’t hesitate to sign on, saying she was ‘thrilled’ to have been asked.

‘I was quite shocked by the script actually. Really frankly, when I first read it, I thought, “Oh my god, are we really making this movie? It’s going to be X-rated and was it really that wild back then?”, which really wasn’t that long ago?

‘But when you’re telling a story, you don’t just tell [it] about an average day in Hollywood. You’re going to show the highs and the lows and so this is three hours, but he’s crammed everything in there that he has seen and read and learnt and researched about Hollywood.

‘I’m sure that everything we see in there is based on the truth – but when you see it in a three-hour movie, you think, “Oh my god, is it possible that it was really like that?”, but obviously it wasn’t like that every day.’

Metro.co.uk has contacted reps for Paramount Pictures for comment.

Babylon is released in UK cinemas on Friday, January 20.

Frank offers confidential advice about drugs and addiction (email [email protected], message 82111 or call 0300 123 6600) or the NHS has information about getting help.

Adfam has local groups for families affected by drugs and alcohol and DrugFam offers phone and email support to people affected by other people’s drug or alcohol misuse.