Not holding back! Rachel Lindsay got honest about how her season of The Bachelorette played a role in her being labeled “an angry black female” — and revealed how Chris Harrison was involved.

Rachel Lindsay’s Most Critical Quotes About the ‘Bachelor’ Franchise

During a segment on The View, the cohosts discussed the recent fight between Luann de Lesseps and Eboni Williams on Real Housewives of New York where Williams, 37, said she was being labeled “angry” by her cast member. Guest host Lindsay, 36, confirmed that she related to the label being placed on RHONY‘s first Black housewife.

“Sadly I can relate to it, both in real life and also when I was on The Bachelorette,” the former attorney explained during her appearance on the talk show on Friday, June 4. “In my season finale of The Bachelorette, when I was sitting on stage with my runner-up [Peter Kraus], my runner-up told me I would live a mediocre life if I didn’t choose him.” 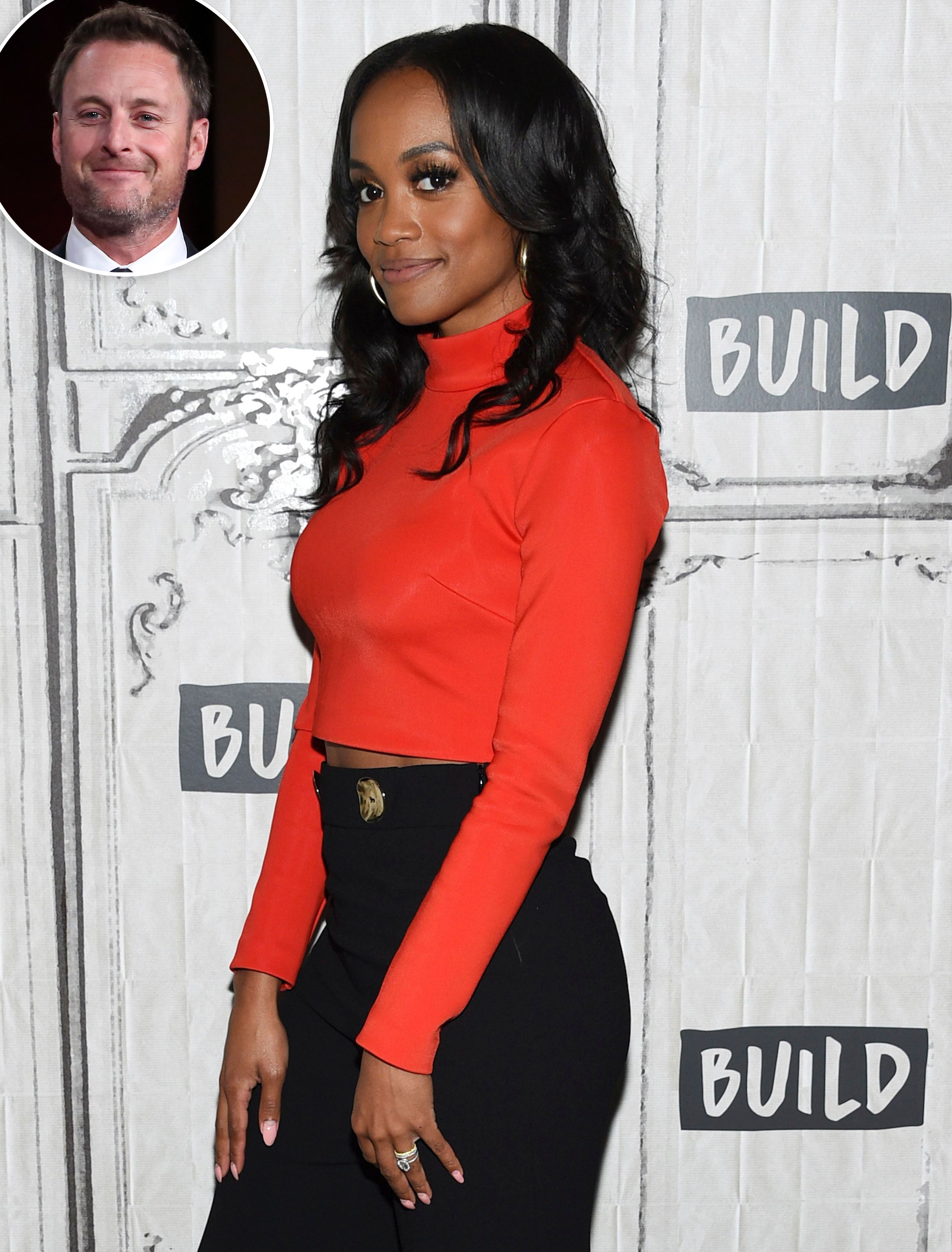 She added: “My response to him was, ‘Actually I’m living my best life.’

Lindsay went on to share how that conversation with Kraus, 31, pushed Harrison, 49, to get involved and that played into the 2017 season finale.

“When I came back from commercial break, the host said to me, ‘Rachel, you seem angry.’ I looked and I said, ‘That’s a strong word.’ And he said, ‘Well, you seem upset,’” she explained. “I hadn’t raised my voice, I hadn’t yelled, I hadn’t said any type of curse word.”

Kraus then told the Extra correspondent that he felt at odds with her.

“Then the runner-up says to me, ‘Rachel, I feel like you attacked me. When I confronted him on how I attacked him, he said, ‘Well, I don’t really have anything to say to that,’” she continued.

Lindsay clarified that the business owner didn’t “offer any evidence” of her attacking him, but that still had a lasting effect on her reputation.

“I have been labeled an angry black female in Bachelor Nation. It follows me around to this day,” she told her cohosts.

The “Higher Learning” podcast host said was “proud” of Williams for speaking up because it allows for more discussions to happen from it.

Lindsay has been vocal about her time on The Bachelorette and her feelings about the franchise’s diversity issues.

In February, Harrison temporarily stepped down from his hosting duties for The Bachelor following a controversial interview with Lindsay about Rachael Kirkconnell‘s allegations of racism.

After Harrison told Lindsay that people need to have “compassion” for the contestant on Matt James‘ season of the ABC dating show — who made headlines after posting racially insensitive photos — several Bachelor Nation stars took to social media to speak out.

“When I finished that interview with Chris Harrison, he had no problems with it. He was fine. He texted me after, he appreciated the conversation. He was like, ‘Yeah, I’ll probably get a little flack, but I thought it was great that we could disagree, but do it in a civil way,’” the former Bachelorette said during a February episode of the “Higher Learning” podcast.

Shortly after the scandal began, Harrison released a statement about his decision to step aside.

“I have spent the last few days listening to the pain my words have caused, and I am deeply remorseful. My ignorance did damage to friends, colleagues and strangers alike. I have no one to blame but myself for what I said ad the way I spoke,” he wrote via Instagram at the time. “I set standards for myself, and have not met them. I feel that with every fiber of my being. Now, just as I taught my children to stand up, and to own their actions, I will do the same.”

The statement continued: “By excusing historical racism, I defended it. I invoked the term ‘woke police,’ which is unacceptable. I am ashamed over how uninformed I was. I was so wrong.”

Harrison later apologized to Lindsey, which she accepted.

“We need to move forward,” she said on Extra in March about the uproar. “And for me, for us to move forward, I need to accept the apology, so we can all be better from this situation, which is what we want.”

The Texas native was replaced by Tayshia Adams and Kaitlyn Bristowe for Katie Thurston‘s season of The Bachelorette. Us Weekly recently confirmed that the longtime host will not be returning for season 7 of Bachelor in Paradise, which will instead have a rotating selection of celebrity guest hosts including David Spade.

Earlier this week, a source told Us that Harrison will also not return for Michelle Young‘s season of The Bachelorette.