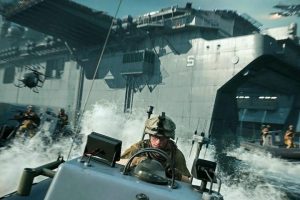 With just over a week to go before its highly anticipated release, Electronic Arts and DICE have now offered a closer look at Battlefield 2042‘s new Portal mode.

Designed to be an extensive configurator for your own servers, Portal will allow players to create and host custom games with all the assets from the game itself as well as a few of the franchise’s most beloved installments, including Battlefield 1942, Battlefield Bad Company 2, and Battlefield 3. You’ll get to pick and choose exactly what you want to have in your sessions, including everything from game modes, maps, weapons, and vehicles to a whole range of modifiers such as weather events, friendly fire, damage multipliers and even projectile speeds. You’ll also be able to customize other details such as the user interface, enemy AI, and what your soldier can and cannot do.

For those interested in learning more about the new Portal mode, you can watch the new gameplay trailer above or head over to EA’s official blog post. Battlefield 2042 releases on November 19.