After years of rumors and a few failed attempts, the first-ever revival of “Funny Girl” is bound for Broadway, with Beanie Feldstein starring as Fanny Brice.

Set in New York shortly before World War I, “Funny Girl” tells the story of Brice, the real-life “Ziegfeld Follies” star, and her tempestuous romance with gambler Nicky Arnstein. The musical features the classic songs “Don’t Rain On My Parade” and “People.”

The 2022 revival will be directed by Michael Mayer, and feature a revised script by Harvey Fierstein.

“The first time I played Fanny Brice was at my third birthday party, in a head-to-toe leopard print outfit my mom made for me,” Feldstein said in a Wednesday statement sent to HuffPost. “So, it’s safe to say that stepping into this iconic role, on Broadway and not in my family’s backyard, is truly my lifelong dream come true. I am immensely grateful to be able to do so alongside such a remarkable creative team, and cannot wait for audiences to get back in theaters again!” 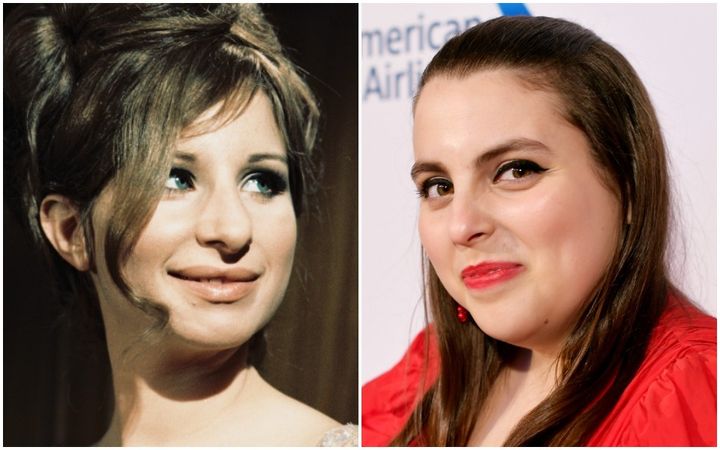 The original production of “Funny Girl” opened on Broadway in 1964 and was nominated for eight Tony Awards. The musical was a breakout for Barbra Streisand, who reprised the role of Fanny Brice in the movie version four years later and won an Oscar.

Since then, there have been numerous efforts to remount the musical on Broadway to no avail. A 2011 production starring “Six Feet Under” actor Lauren Ambrose was reportedly in the works before producers backed out.

Three years later, Ryan Murphy was said to be planning to stage the show with Lea Michele ― whose “Glee” character, Rachel Berry, idolized Streisand and starred in a show-within-the-show version of “Funny Girl” ― as its star. And just weeks before COVID-19 shut down Broadway last year, Idina Menzel was rumored to be eyeing the role of Fanny.

Feldstein is beloved for her roles in “Lady Bird” and “Booksmart,” the latter of which nabbed her a Golden Globe nomination. She made her Broadway debut in the 2017 revival of “Hello, Dolly!” starring Bette Midler.

The fall, she stars in “Impeachment: American Crime Story” as Monica Lewinsky and will return to the big screen in “The Humans,” which is slated to premiere at the 2021 Toronto International Film Festival in September.