Home » Entertainment » Beyoncé tops the list for the 2023 Grammy nominations 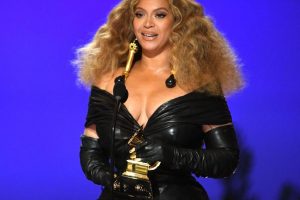 While some of the music industry’s biggest stars are nominated for the prestigious awards, one Midnights singer was notably absent. Here, we break down some of the major nominations.

Beyoncé is leading the 2023 Grammys race, with nine nominations for her Renaissance album.

It’s no small feat, since this year’s nominations make her the joint most nominated artist of all time – with an astounding 88 throughout her career. This is not only a testament to her ground-breaking music, but also places her right next to husband Jay Z in the ranks.

So far, the Break My Soul singer has won 28 Grammys over the years.

Close on her tail is rap artist Kendrick Lamar, who scored himself eight nominations this year in several categories.

Other competition comes from ABBA, whose album Voyage was the UK’s biggest selling vinyl in 2021 and marked a landmark return for the iconic Swedish pop group.

Adele, Harry Styles and Lizzo have also been nominated for several awards throughout the pop categories, with Adele beating Beyoncé to Best Album in 2017.

Beyoncé’s Renaissance: the best reactions to the most anticipated album release of the year

But one artist with a notable lack of nominations is everyone’s favourite country-turned-pop superstar Taylor Swift.

The singer, who has been re-recording her original works and most recently released her chart-topping album Midnights, has been nominated for a handful of categories (including Song of the Year and Best Music Video), but for songs not included in her Midnights discography.

However, her song All Too Well (10 Minute Version), which caused a frenzy after its release for its links to actor Jake Gyllenhaal (where’s the scarf?!) scored her most of those nominations – a testament to her re-recording endeavours.

The reason for the Midnights snub? Well, it’s not really a snub at all. Grammy submission guidelines specify that works must have been submitted by 30 September 2022 to be eligible. Midnights, which was released on 21 October, just missed the cut.

While Midnights didn’t receive any Grammy nominations due to its release date, Taylor Swift did win big at the MTV EMAs.

The Grammys has a long history of not only celebrating the best work from some of our most beloved artists, but also as one of the most entertaining nights in showbusiness.

After all, who could forget some of its wildest moments? The first appearance of Jennifer Lopez’s famous Versace jungle dress in 2000, the unlikely pairing of musical guests Elton John and Eminem in 2001, and, of course, Lady Gaga arriving to the ceremony in a giant egg in 2011.

With all these outstanding nominations and potential for some culture-shaping moments, we will definitely be tuning in to watch the awards in February.

Read on for a breakdown of the key nominees.

Record of the Year

Don’t Shut Me Down – ABBA

You And Me On The Rock – Brandi Carlile ft Lucius

Album of the Year

In These Silent Days – Brandi Carlile

Music Of The Spheres – Coldplay

Song of the Year

Yet To Come – BTS

All Too Well: The Short Film – Taylor Swift

The 65th Grammy Awards will be broadcast on 5 February 2023.