Home » Entertainment » Beyond Bridgerton: The period dramas you should watch next

Beyond Bridgerton: The period dramas you should watch next 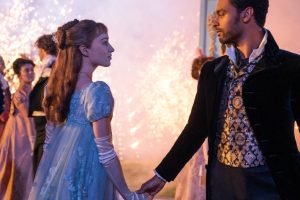 If your social media feed is packed with friends espousing their adoration for hit Netflix period drama Bridgerton, you are not alone. Since its release before Christmas, the series has been streamed by more than 65 million people worldwide. Which begs the question: why is it so addictive?

Delving into the series (for research purposes only, of course) I initially struggled to understand the appeal, but by episode four I was hooked. I couldn’t stop watching, that was undeniable, but as a fan of period dramas from way back I couldn’t help thinking: why are so many people watching this when there are so many better historically based shows to binge?

So I undertook the task of making a list. Forget Bridgerton, these period dramas are just what you need to move on.

This is everything a period drama should be: gorgeous clothes, perfect hair, romance, mystery and a sense of melodrama that seems completely plausible in this Spanish–language series (yes, there are subtitles). The drama of High Seas all takes place on a luxury ship making the journey from Spain to Brazil in the late 1940s. The series centres around two sisters, Eva, played by Ivana Baquero with impeccably dressed aplomb, and Carolina, played by Alejandra Onieva, who boasts the most perfect hair you have ever seen. The number of cataclysmic events that happen to the guests sailing on the Barbara de Braganza should be laughable, but the stunning 40s fashion, high production values, well-drawn characters and the fact every line is delivered by someone very good looking speaking in gorgeous Spanish means you find yourself very much on board. All three seasons of High Seas are available now on Netflix.

Fans of The Handmaid’s Tale may have missed this brilliant adaptation of another beloved Margaret Atwood novel. The Booker-Prize shortlisted novel, although a work of fiction, centres on the real-life murders of Thomas Kinnear and his housekeeper Nancy Montgomery, in Canada in 1843. Staying very close to the novel, the Netflix original series, directed by Mary Harron and written by Sarah Polley, focuses on Grace Marks, one of two people accused of the murders. Played with captivating intensity by Canadian actress Sarah Gadon (Enemy, True Detective), Grace is sent to work as a housekeeper while awaiting trial. While there, she sparks the interest and fascination of Dr Simon Jordan, a psychiatrist with a haunted past. Simon becomes obsessed with trying to unlock Grace’s memories to get to the truth of who really committed murder on that fateful night. Dark, haunting and patiently paced, this series is a slow-burn that will keep you in its thrall. Alias Grace is a six-part limited series, currently on Netflix.

Morocco: Love in Times of War

Another Spanish-language series, this one set in 1921 in Morocco, at the time of the Rif War. Morocco: Love in Times of War (original Spanish title: Tiempos de Guerra) focuses on a group of high-class Spanish nurses who journey across the sea to be thrust, unprepared, into the gritty reality of life on the front lines. There is very little war, but a great deal of passion, romance and stunningly good looking people. The series stars well-known Spanish actors Amaia Salamanca (Grand Hotel) and Alex Garcia (The Bride), she a nurse and he a soldier who make up the central star-crossed lovers that keep you yearning for that next episode. There are fake pregnancies, death, passionate affairs and some wonderful retro male facial hair. With just 13 episodes currently streaming on Netflix, this is a great one to binge on a quiet weekend.

If you haven’t watched the legendary six-part BBC-adaptation of Jane Austen’s famous novel starring Colin Firth and Jennifer Ehle, drop everything you are doing right now and watch it. Now. I’ll wait. Considered to be the pinnacle of period drama, this series, adapted by Andrew Davies and directed by Simon Langton, explores the lives of the famous Bennet family in a luminous 6-part series. Ehle won a Bafta for her role as the indomitable, Elizabeth Bennett, while Firth’s portrayal of the rich, proud Fitzwilliam Darcy is legendary. Thanks to high production values, a perfectly crafted score, faithful script and utterly forgettable performances all around, this series of Pride and Prejudice is near perfection and worth every indulgent re-watching. The six-part series is currently streaming on Freeview, via the app on your smart TV.

While the enthusiastic sex scenes in Bridgerton have raised many an eyebrow, it cannot begin to compare to the complex sexual and emotional themes in the 2002 BBC adaptation of Tipping the Velvet. Based on the 1998 novel by Sarah Waters and adapted by Andrew Davies, Tipping the Velvet stars Rachael Stirling and Keeley Hawes as Nan Astley and Kitty Butler. Enthralled after seeing Kitty perform on stage, Nan is thrilled when she is invited to work as her assistant. The two women ultimately become well-known Vaudeville stage performers, and in private become passionate lovers. There are some very adult themes here, including prostitution, but Tipping the Velvet is about so much more than sex. Kitty’s journey is entertaining, funny and often heart-breaking as she struggles to find her place within the conservative confines of England in the late 1800s. For those looking for something titillating but also, at times, challenging, Tipping the Velvet is the perfect series to binge. Made up of just three hour-long episodes, why not spend your night indulging in Tipping the Velvet on Freeview?

Based on the series of best-selling novels by the famously elusive Elena Ferrante, My Brilliant Friend follows the divergent stories of two young girls, growing up in Naples in the 1950s. The Italian series (yes, more subtitles) focuses on Elena “Lenu” Greco, played by Margherita Mazzucco and Raffaella “Lila” Cerullo, played Gaia Girace. Lenu and Lila, best friends as young children, find that life constantly draws them apart and pulls them back together as they face marriage struggles, violence and poverty. The novels have sold millions of copies worldwide and for good reason, this is a story that lures you in and takes hold. The production, created by Saverio Costanzo for HBO, will see each of Ferrante’s four novels adapted into a separate eight-part series. Series two is currently available on-demand on Freeview.

The incredible 1960s outfits are reason enough to watch The Marvelous Mrs Maisel. Created by Amy Sherman-Palladino (Gilmore Girls) the series follows the unexpected comedy career of Miriam “Midge” Maisel. Played by Rachel Brosnahan, Midge, who believes herself to be an ordinary New York housewife, discovers a hidden talent for stand-up comedy. In typical Sherman-Palladino style, Midge is a fast-talking, fabulous dress-wearing, whirlwind of a woman who finds herself pursing a comedy career – with the hilarious support of her manager, Susie, played with impeccable timing by Alex Borstein – after her husband leaves her for his secretary. There is certainly a thick layer of upper West Side privilege to wade through here but Brosnahan and Borstein are so spectacular together you won’t mind. Add to that the stand-out supporting role, played with Emmy Award-Winning perfection by Luke Kirby, as real-life comedian Lenny Bruce, and you will be hooked. Currently available on Amazon Prime Video, The Marvelous Mrs Maisel consists of three seasons (and counting).

There are a number of parallels between Bridgerton and Jamestown, a series focused on four women sent to the new American colony to be the wives of men they have never met. Jamestown, written by Bill Gallagher and produced by Carnival Films, takes place in 1607 in Jamestown, Virginia. Much like Bridgerton, the key themes are the pursuit of love and the stark fact that women at the time were considered little more than a possession to the men in their lives. The comparison ends there, however. This is no light-hearted romp. Instead, expect dark themes, confronting storylines and characters that don’t look like they just left the stylist at every given moment. Jamestown’s lure lies in the strength of the characters – in particular Alice, played with intensity by British actress, Sophie Rundle – and the brutality of the colonial-American setting. Jamestown consists of three eight-episode series, currently streaming on Amazon Prime Video.

Set in Britain just after World War II, this six-part series tells the story of a young woman who becomes embroiled in the hunt for a Russian spy within the British cabinet office. Traitors, created by Bathsheba Doran and released on Netflix in 2019, centres on Feef Symonds, played by Emma Appleton, (The Witcher), who is recruited by the devious Rowe, Michael Stuhlbarg, a senior American agent handler working for the American Office of Strategic Services. Forced to seduce, lie and betray her colleagues in order to complete the mission, Feef starts to wonder if she is on the right side of justice. Brilliantly taut, with stellar performances and plenty of intrigue, all six episodes of Traitors are available now on Netflix.

The optimist in me likes to think that there isn’t a single person out there who hasn’t fallen in love with Phryne Fisher, but just in case I am wrong, here is why everyone should watch this adorable Australian series at least once. Based on author Kerry Greenwood’s historical mystery novels, the series follows Phryne Fisher, played by Essie Davis (The Babadook), a strong, clever, unbelievably stylish woman working as a “lady detective” in Melbourne in the 1920s. Created by Deb Cox (SeaChange) and Fiona Eagger, Miss Fisher’s Murder Mysteries sees the incomparable Miss Fisher ingratiate herself into every interesting murder case being investigated by the dashing Jack Robinson, played by Nathan Page. With wit and more style than any mere mortal should have, Phryne uses her womanly wiles, street smarts and considerable financial resources to expose the truth behind even the craftiest murder plot. The charm of Davis as Phyrne is enough to get anyone hooked, but the romance between herself and Detective Jack is one of the most addictive TV love stories around. Get to know Phryne and Jack through Acorn TV, which has all three series ready for you to binge.

If you haven’t spent hours basking in the charm of this quirky crime series, then you are in for a treat. Now in its 14th year and counting, Murdoch Mysteries focuses on the unique crime-solving abilities of Detective William Murdoch (picture Sherlock Holmes with more charm and a near genius-level understanding of science), played by Yannick Bisson. Set in Toronto, in the late 1800 to early1900s, the Canadian mystery drama is based on a series of novels by Maureen Jennings. Murdoch Mysteries is crime done with humour, romance and a tongue-in-cheek tendency to drop in nerdy history tidbits and scientific theories. Aside from the cleverly crafted crimes, the adorable romance between Murdoch and medical examiner Julia Ogdon, played by Australian actress Helene Joy, is utterly addictive. With plenty of will-they, won’t-they to keep the tensions high, this series doesn’t take itself too seriously but does cover some meaty topics like abortion, contraception, homosexuality and women’s rights. The first nine seasons of Murdoch Mysteries are available to stream on Acorn TV, and with between 13 and 18 episodes per season this mysterious delight will keep you happy for many nights to come.