Home » Entertainment » Billie Eilish's "Everything I Wanted" Video Is an Ode to Her Brother, Finneas O'Connell 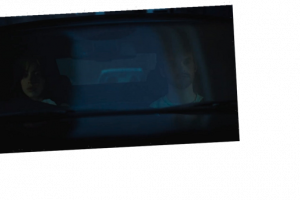 Billie Eilish is paying tribute to her brother, Finneas O’Connell, with her new video for “Everything I Wanted.” Directed by the 18-year-old herself, the visual shows the siblings driving down a highway and into the ocean. It also includes a special message about her bond with O’Connell that reads: “Finneas is my brother and my best friend. No matter the circumstance, we always have and always will be there for each other.”

In a separate statement to Rolling Stone, Eilish said, “My brother and I wrote this song about each other and I wanted to create a visual that emphasizes that no matter what, we’ll be there for each other through everything. This is the second video I’ve directed of mine. We worked so hard, for hours and hours on end.”

END_OF_DOCUMENT_TOKEN_TO_BE_REPLACED

END_OF_DOCUMENT_TOKEN_TO_BE_REPLACED
We and our partners use cookies on this site to improve our service, perform analytics, personalize advertising, measure advertising performance, and remember website preferences.Ok