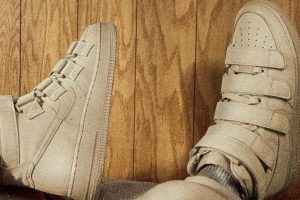 Hot-ticket sneaker releases have been busting out of the oven all month long, and the third week of April is going to be no different. In the next several days, you’re going to see some captivating collabs and a smooth batch of GRs roll out, but let’s first dive into last week’s sneaker headlines before we break those down for you.

If you didn’t already know, HYPEBEAST has a running sneaker-focused editorial series titled Sole Mates, and it’s latest guest was rapper ArrDee about his ties to the Air Jordan 4. We also received word from a few upcoming releases from Jordan Brand such as the snakeskin-covered Air Jordan 1 Mid and Air Jordan 1 Lows. An Air Jordan 6 PE for the Florida Gators was also revealed. A bevy of new 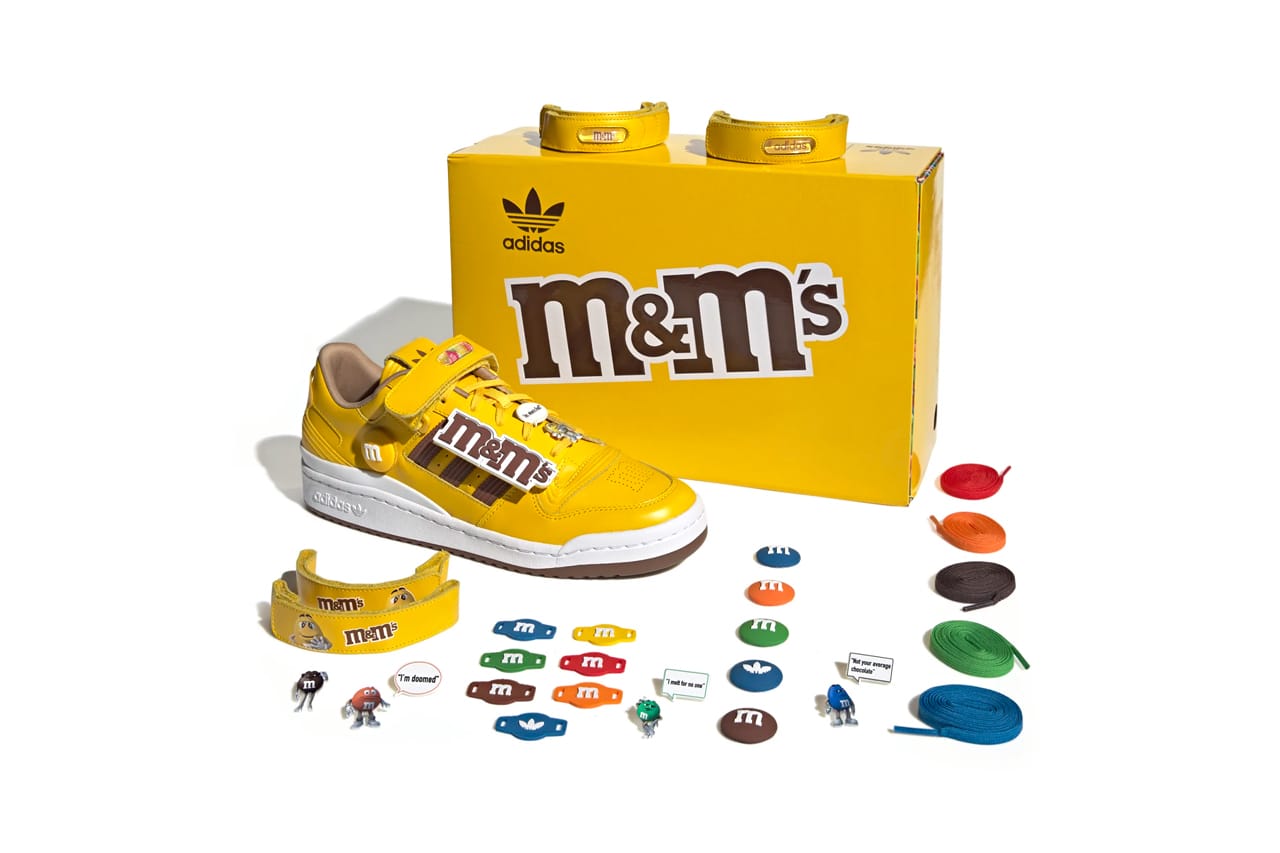 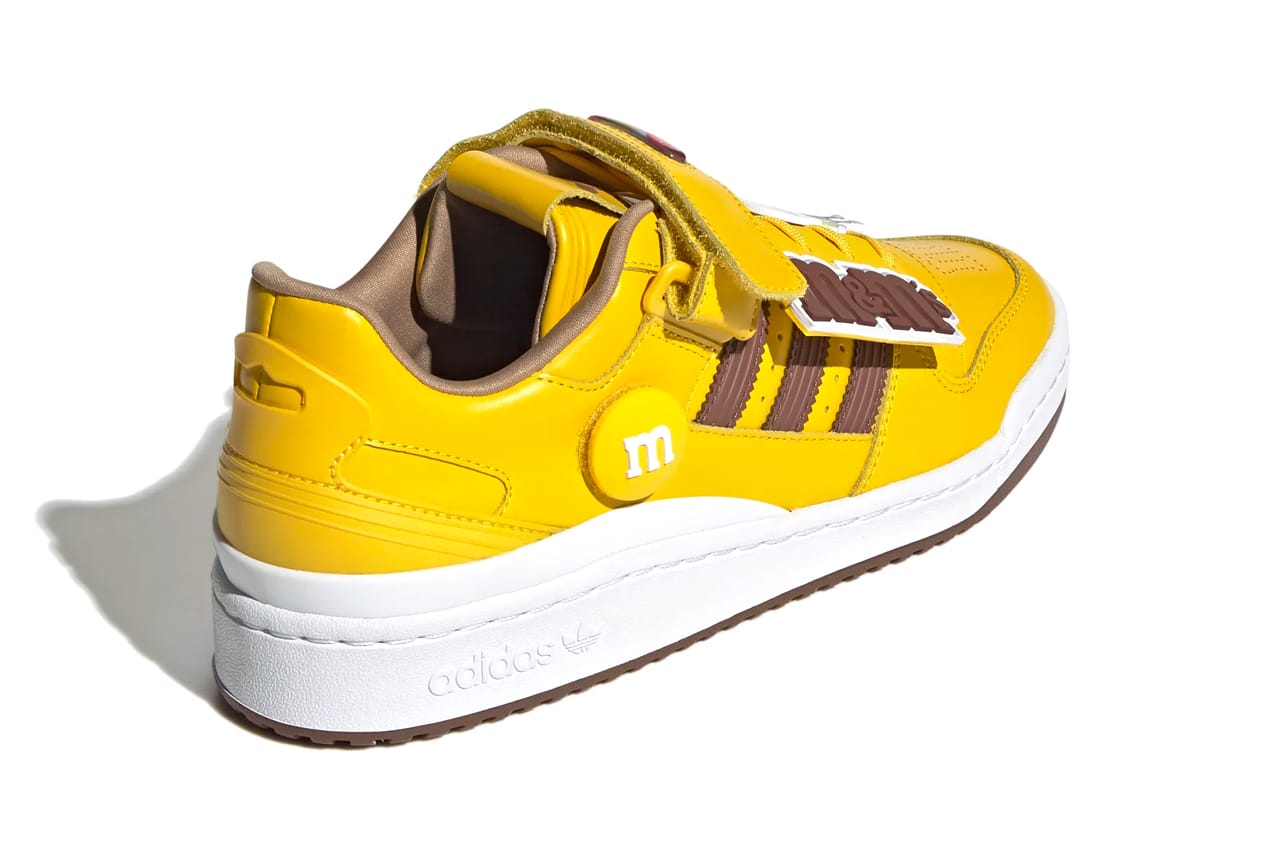 Release Date: April 19
Release Price: $150 USD
Where to Buy: CONFIRMED
Why You Should Cop: adidas continues to spend a sizable amount of time and effort into pushing its Forum both with general release makeups and funky collaborations. The latter is expanding this week through a sugary, low-cut team-up with M&M’s. The bold yellow kicks emulate the peanut-infused candy and come packaged with six extra laces, 20 lace jewels, two straps and attachable details. 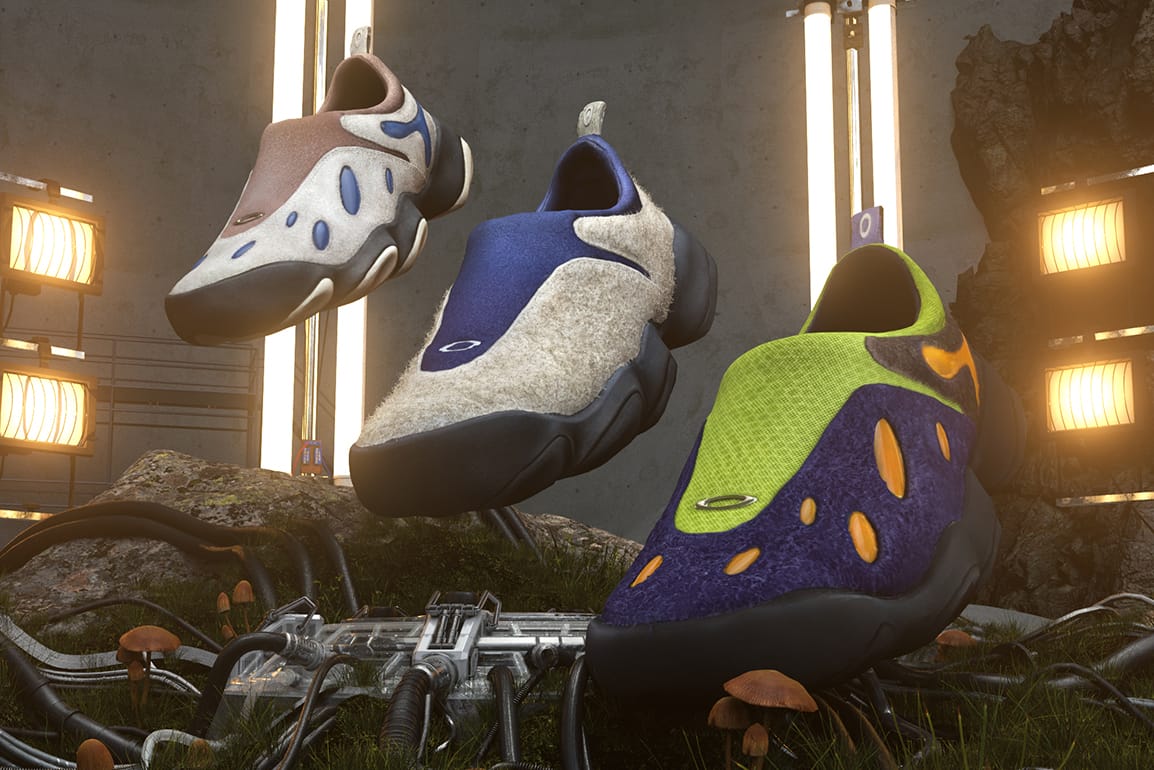 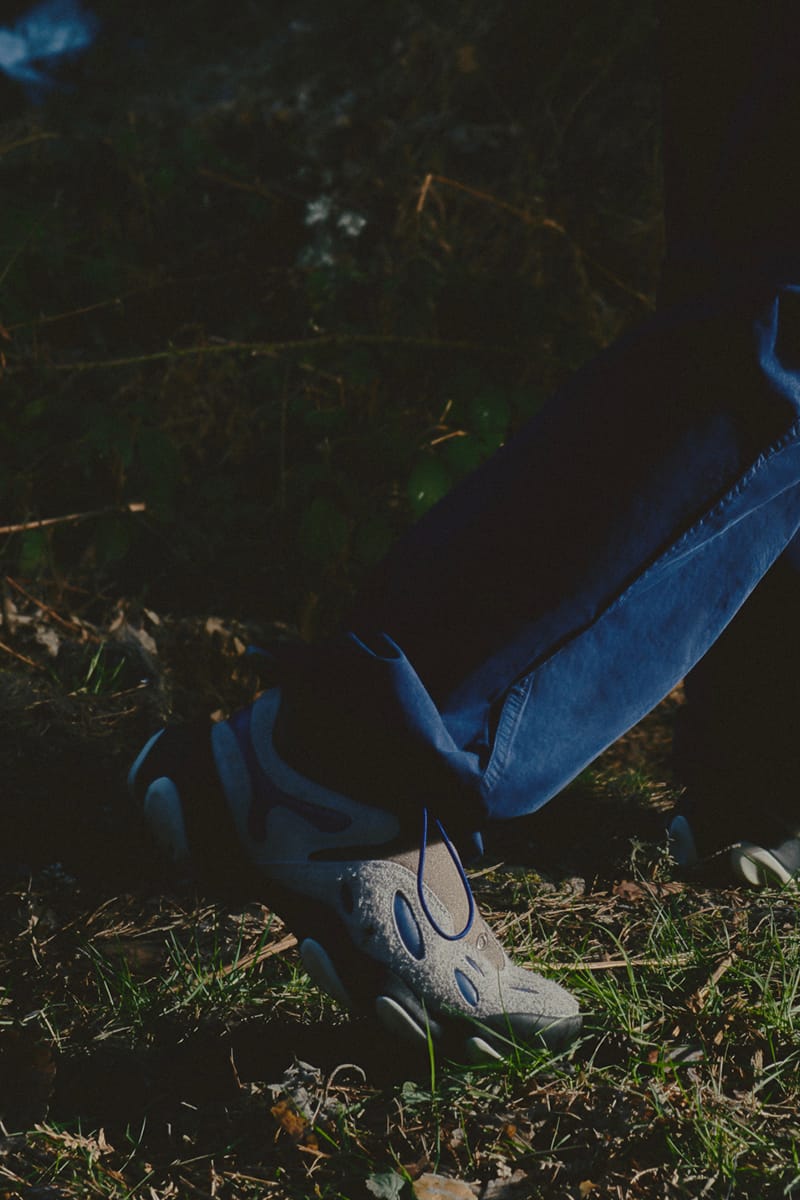 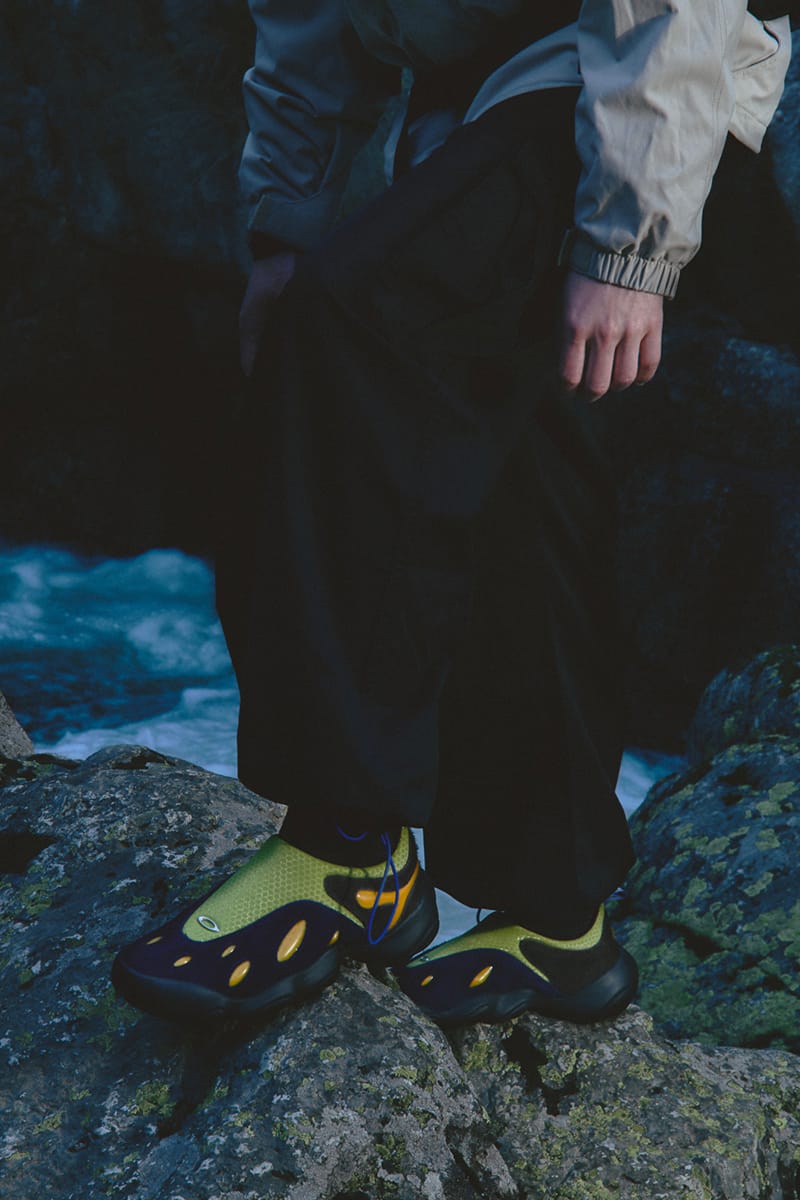 Release Date: April 19
Release Price: $165 USD
Where to Buy: Brain Dead
Why You Should Cop: Footwear collaborations from Brain Dead tend to land on the more obscure side of the spectrum and this season its linking up with Oakley to bring new life to the Flesh model. The Kyle Ng-lead streetwear brand refreshes the silhouette with brushed calf leather uppers, neoprene padded sock lining, metal Oakley logos across the toebox and a finger-like modular outsole. 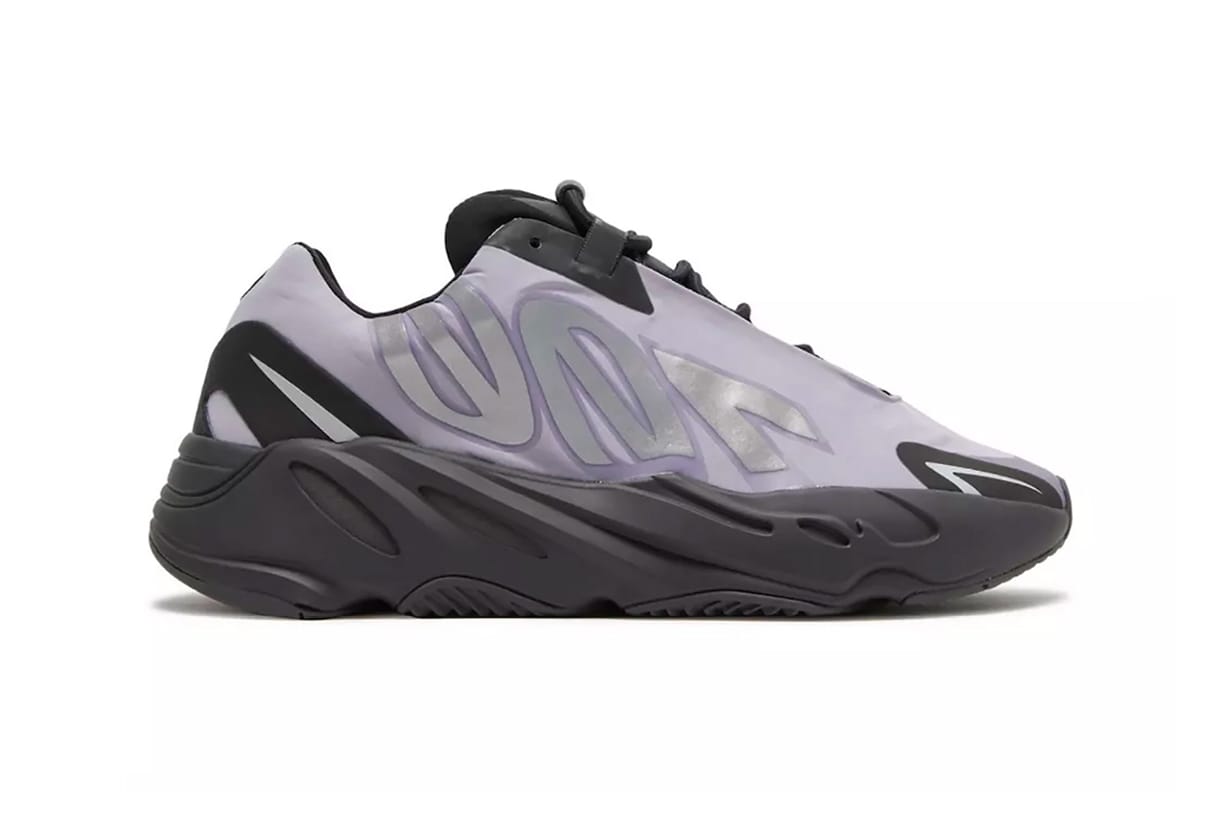 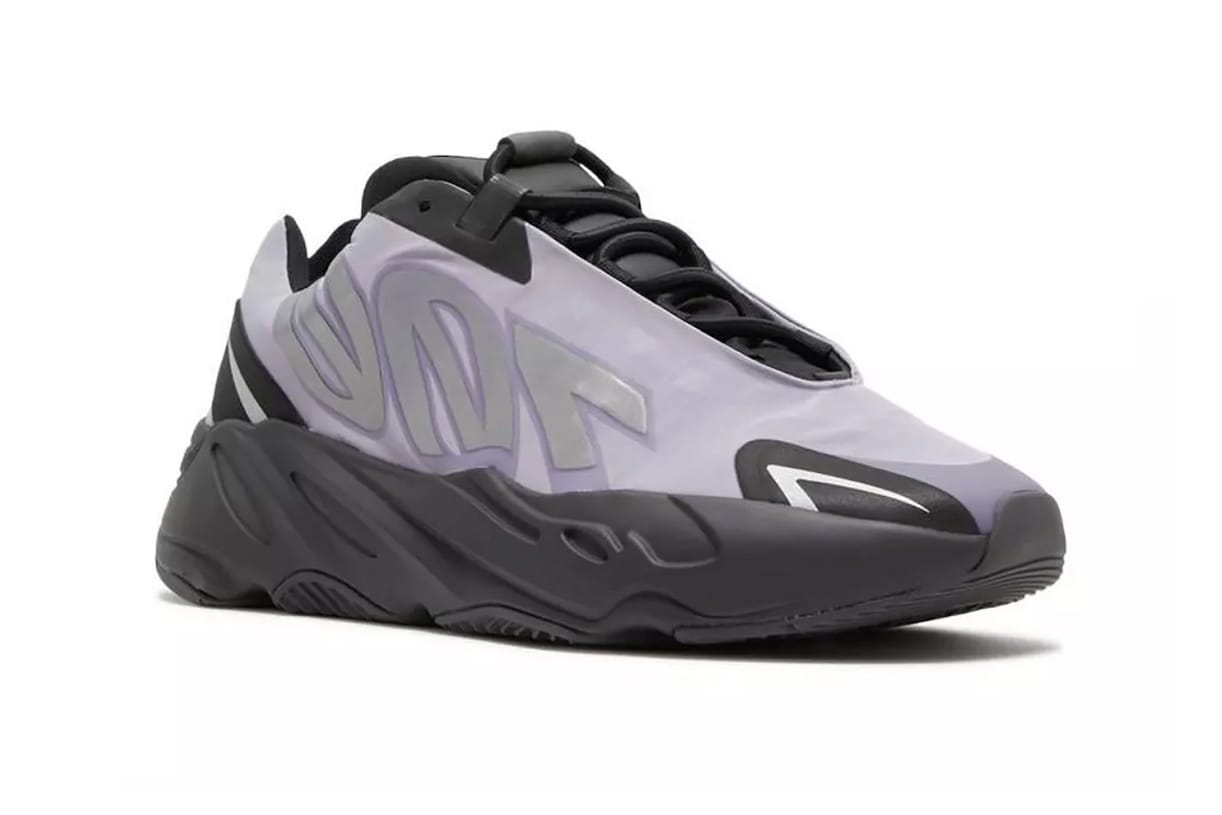 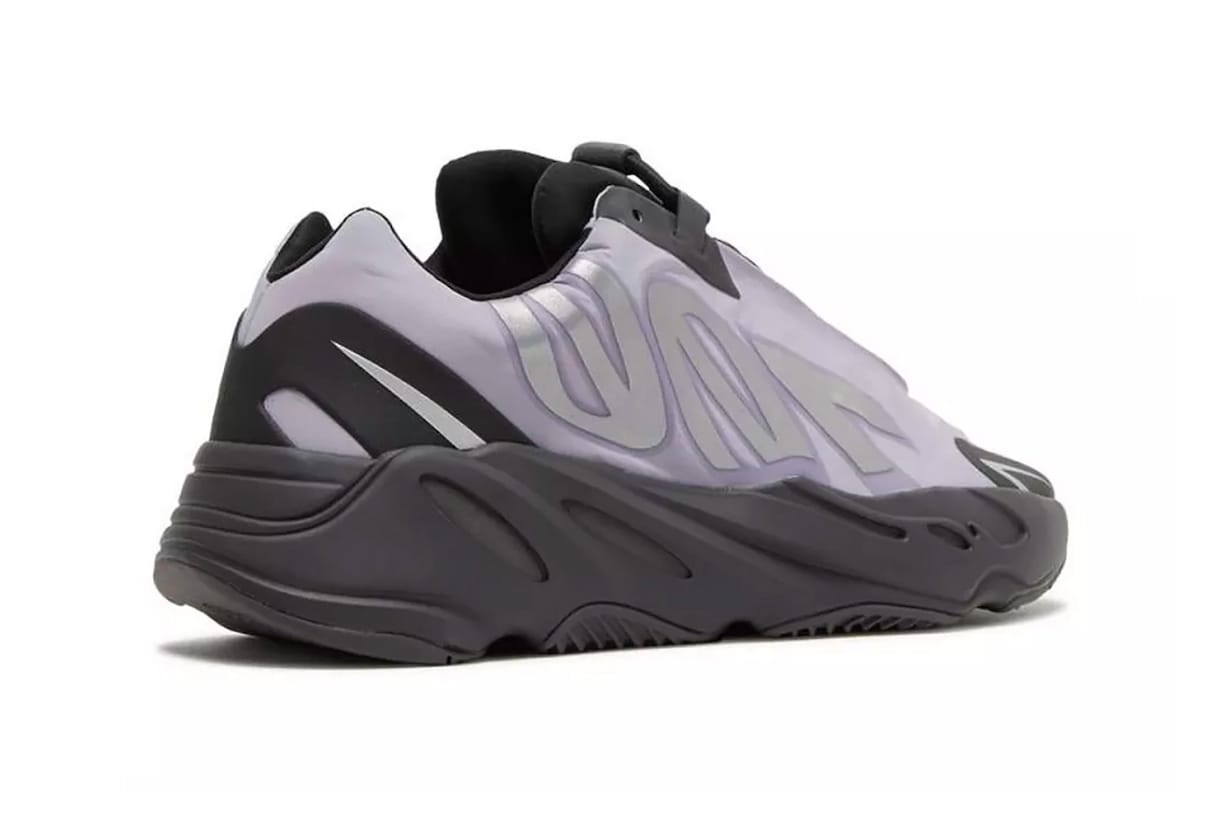 Release Date: April 19
Release Price: $220 USD
Where to Buy: CONFIRMED
Why You Should Cop: Kanye West’s output of new YEEZY colorways continues to grow at rapid speeds every month, and his YEEZY BOOST 700 MNVN is one model that will get another moment to shine this week. The chunky offering has now been styled up with “Geode” side panels and keeps its reflective 700 branding and stark black outsoles consistent. 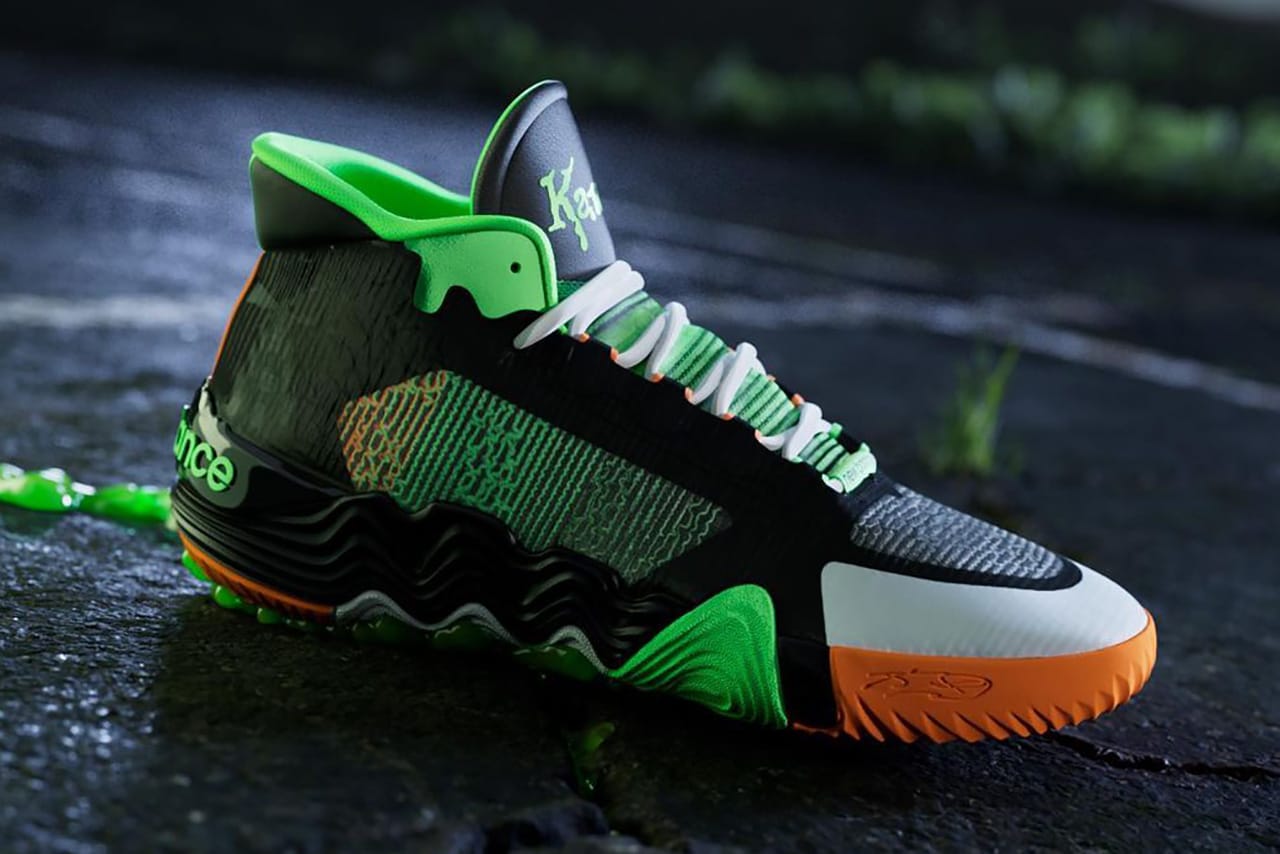 Release Date: April 20
Release Price: $160 USD
Where to Buy: New Balance
Why You Should Cop: Halloween might still be several months away but Kawhi Leonard and his New Balance team are feeling spooky with their newest New Balance KAWHI 2 “Goosebumps” creation. The Klaw’s latest signature has been remixed with slime-inspired green accents, pumpkin-esque orange hits across the quarter panels and treading as well as KAWHI tongue branding that’s spelled out in Goosebumps’ font. 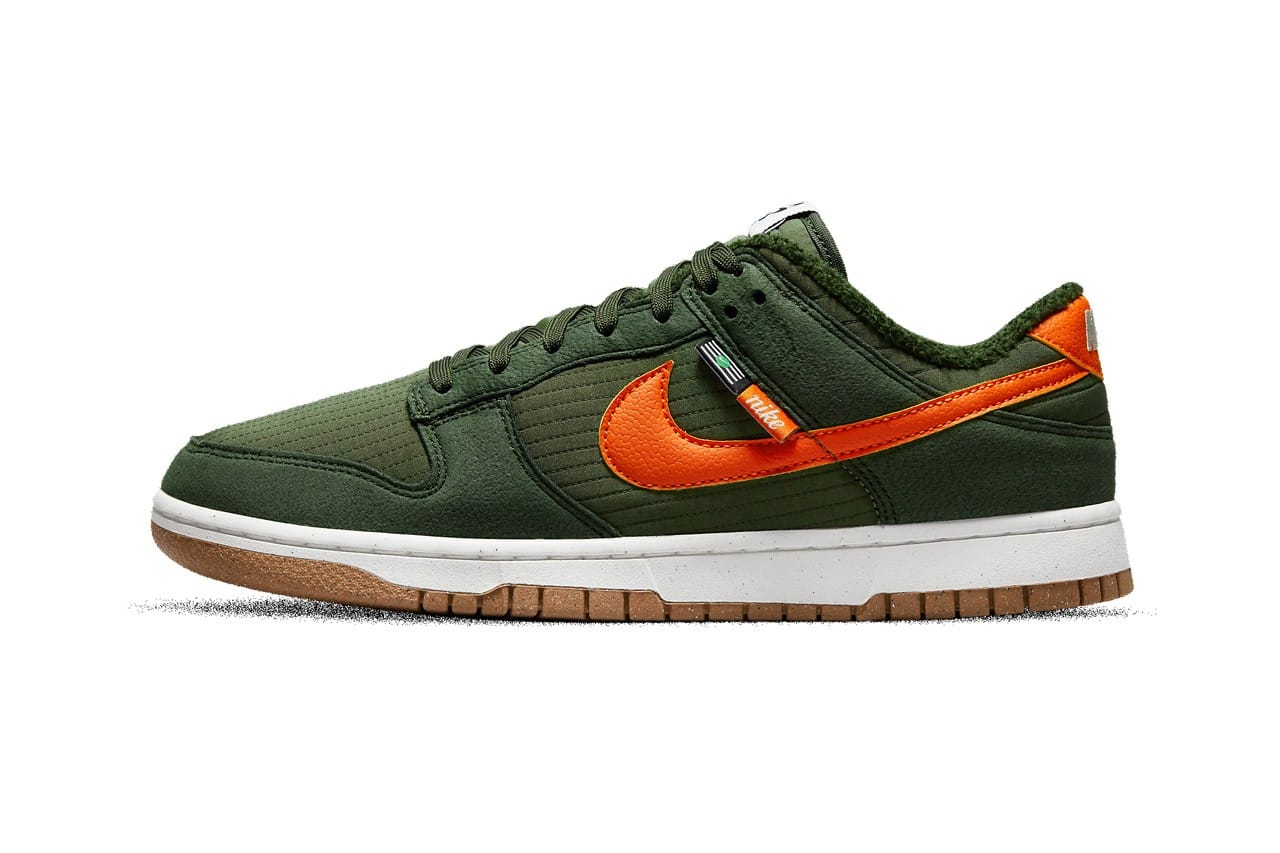 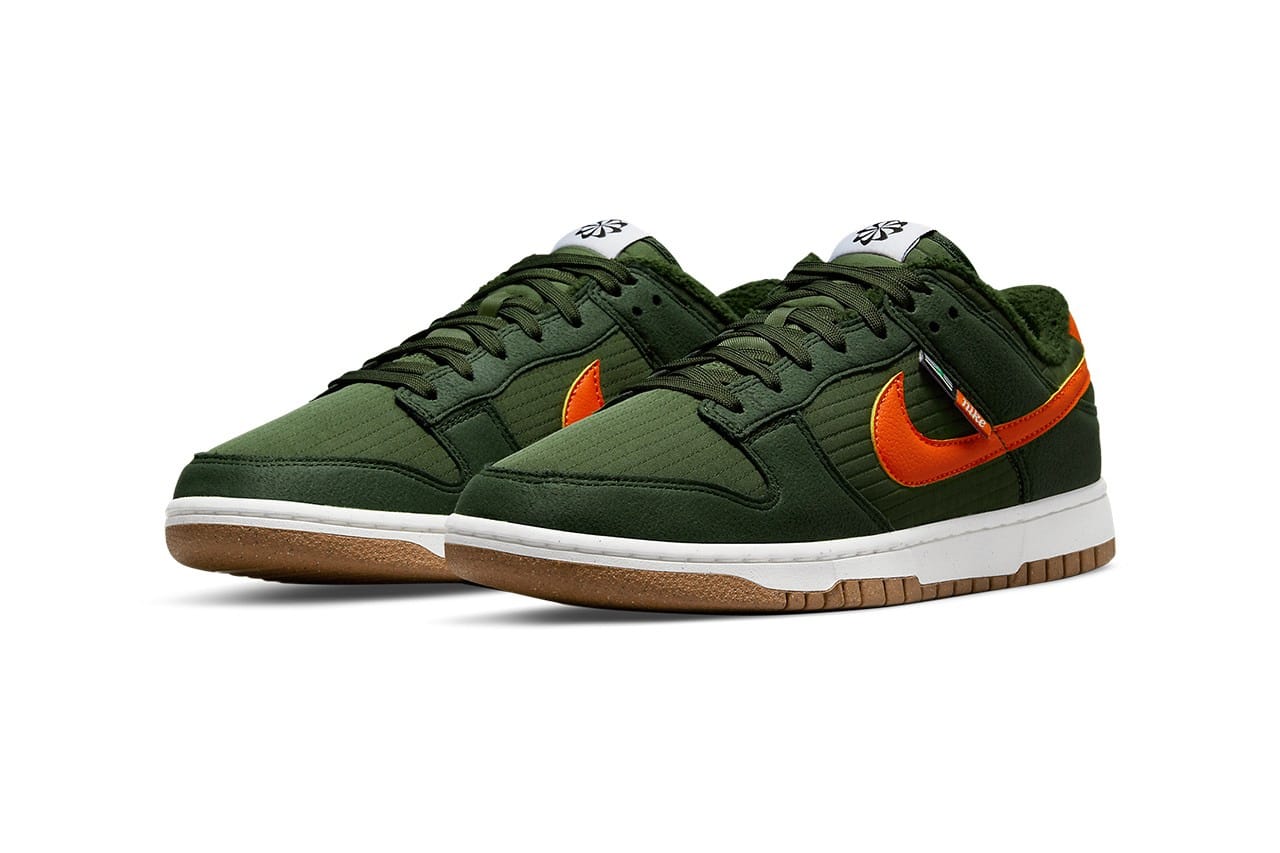 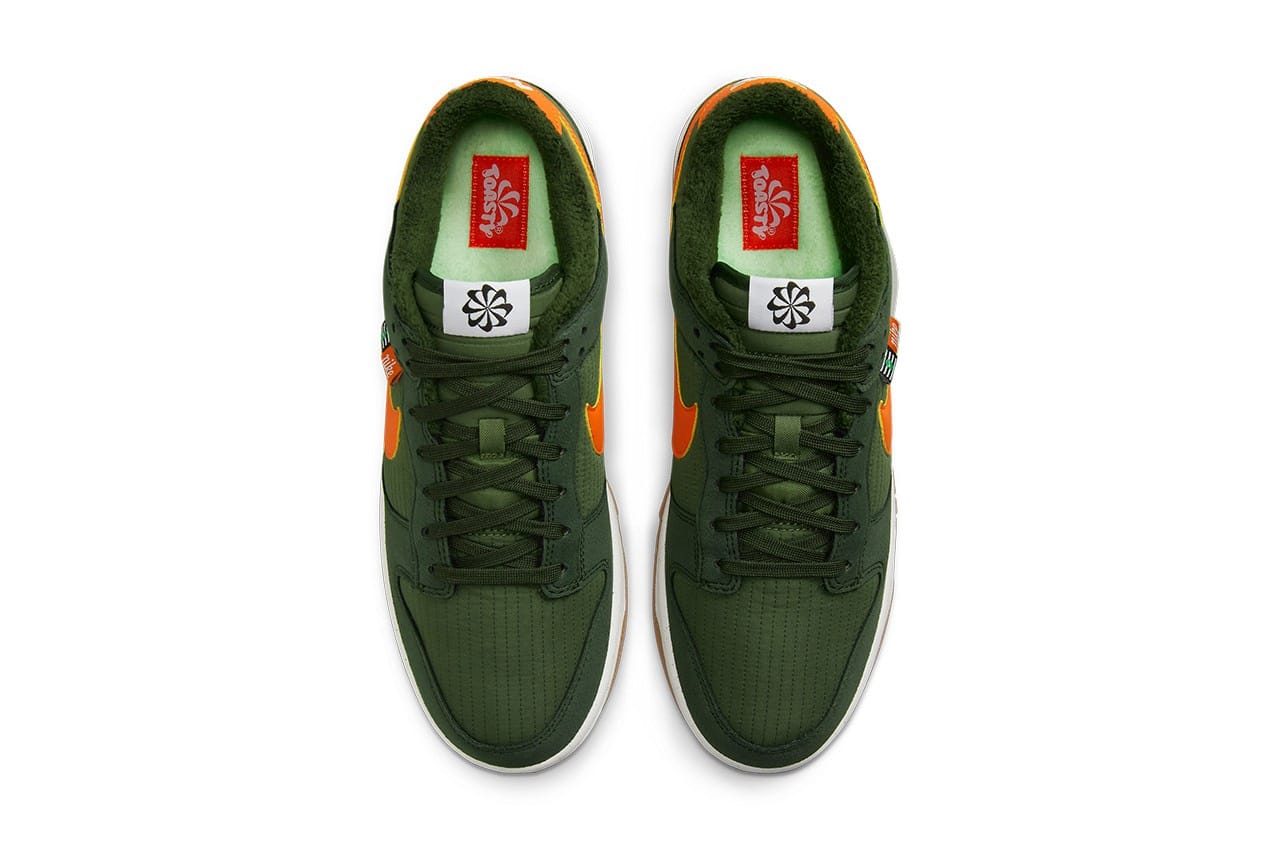 Release Date: April 20
Release Price: $110 USD
Where to Buy: SNKRS
Why You Should Cop: Sustainability continues to be top of mind when producing its new footwear colorways, and this upcoming Nike Dunk Low Next Nature “Toasty” is a prime example of that. The kicks are devise with an Autumnal color scheme as most of the recycled upper is fitted in olive green as bold orange Swooshes sit adjacent. Insoles feature “Toasty” tabs and the bottoms round off its earthy palette with brown skins. 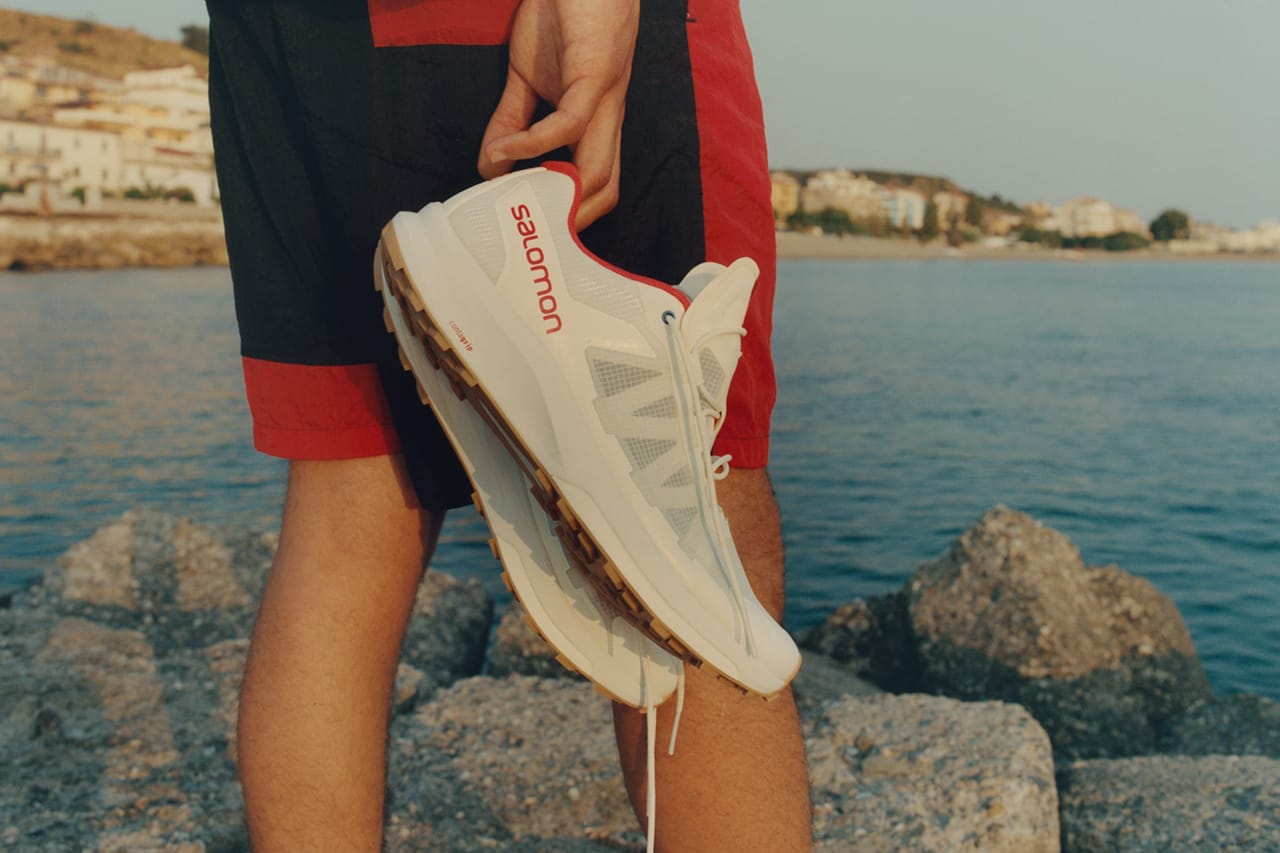 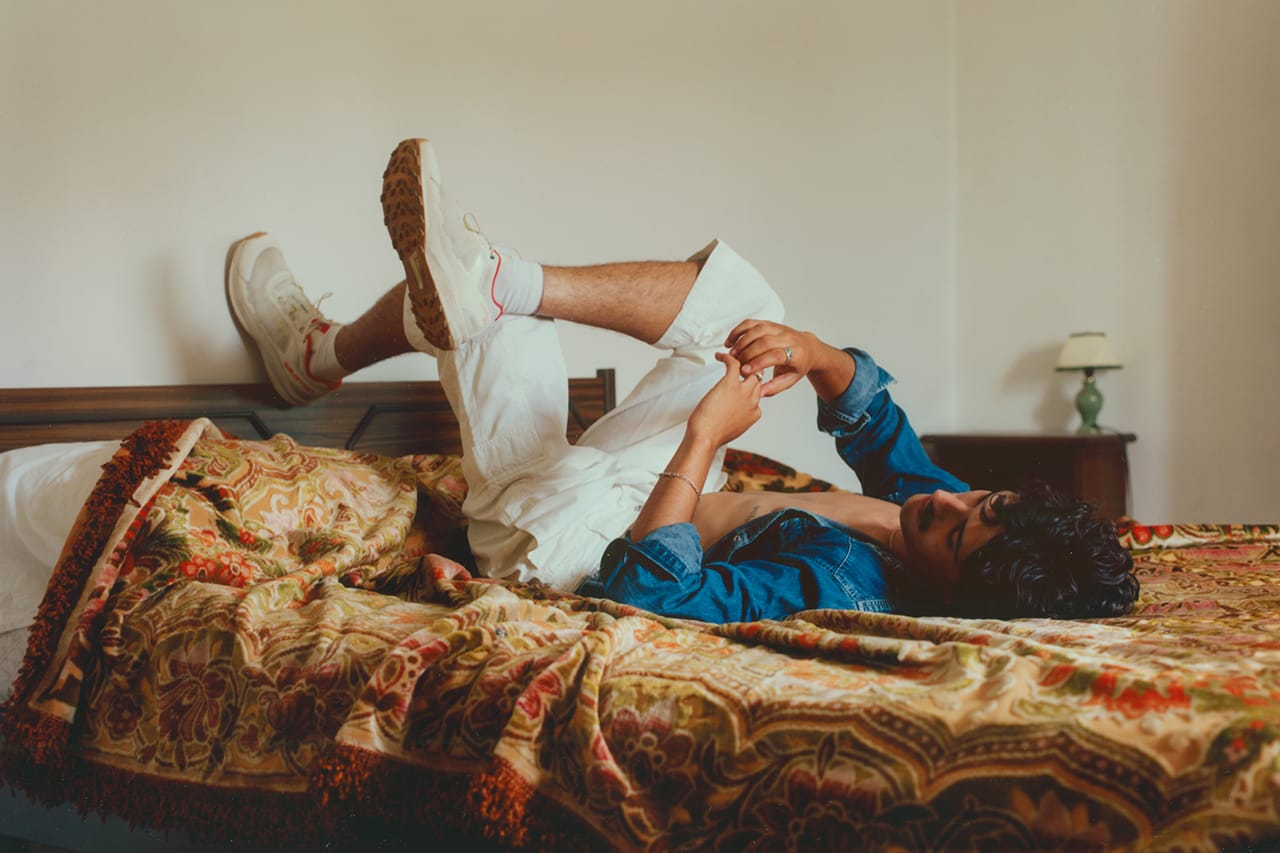 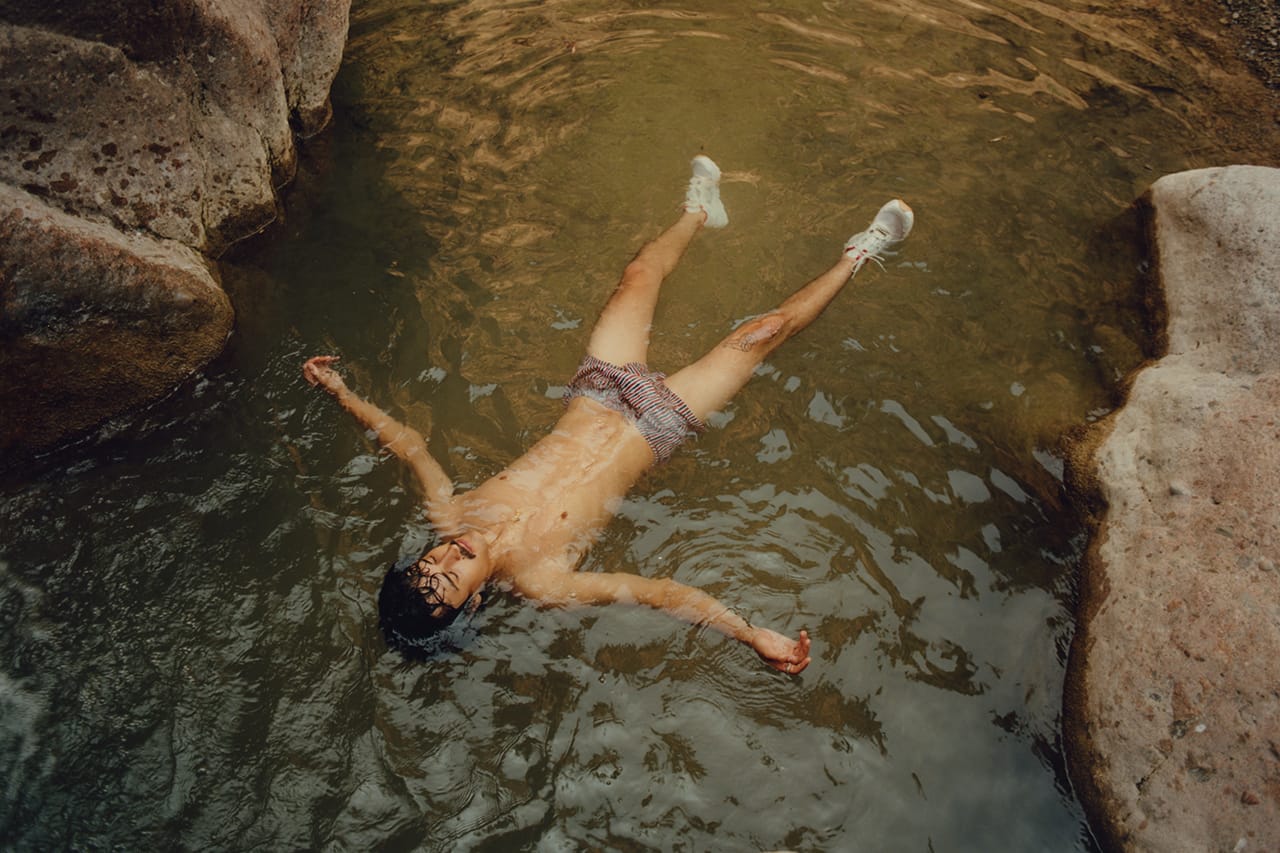 Release Date: April 21
Release Price: $182 USD
Where to Buy: Salomon
Why You Should Cop: Following up on its collaboration with AVINER, Salomon has now turned to Copson to fabricate a fresh Ultra Raid colorway. The London and Calabria-based label turns to its “endless summer” ethos for inspiration here and dresses up the silhouette with white uppers and “Negroni Red” accents. 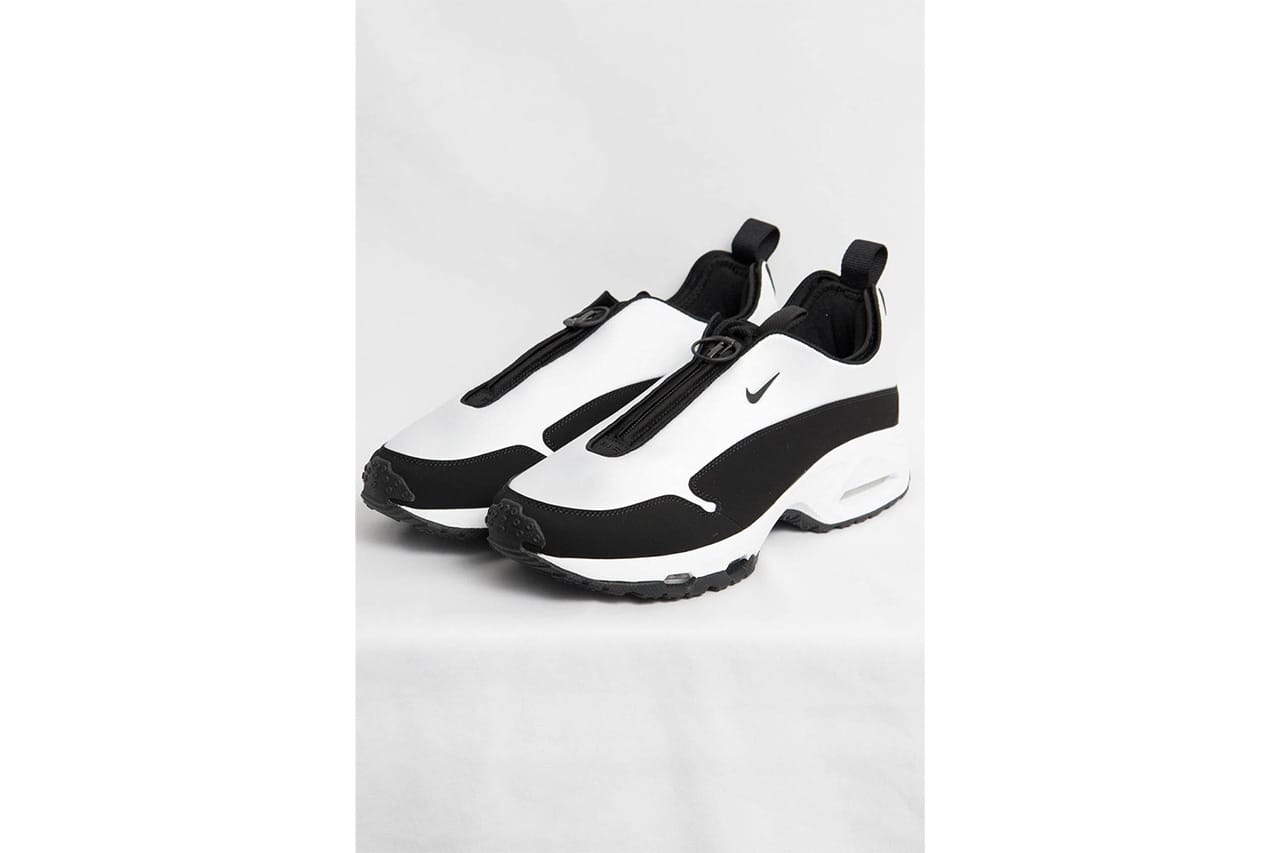 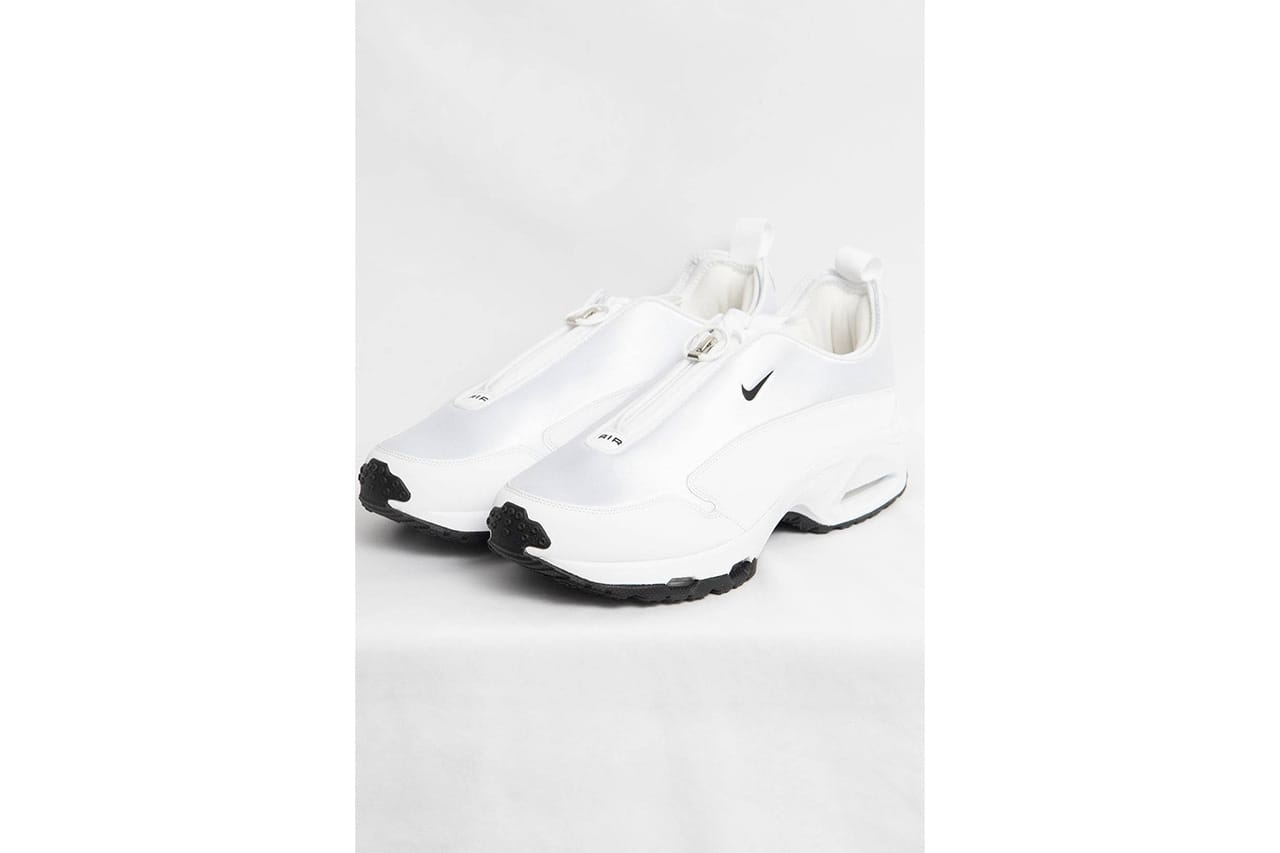 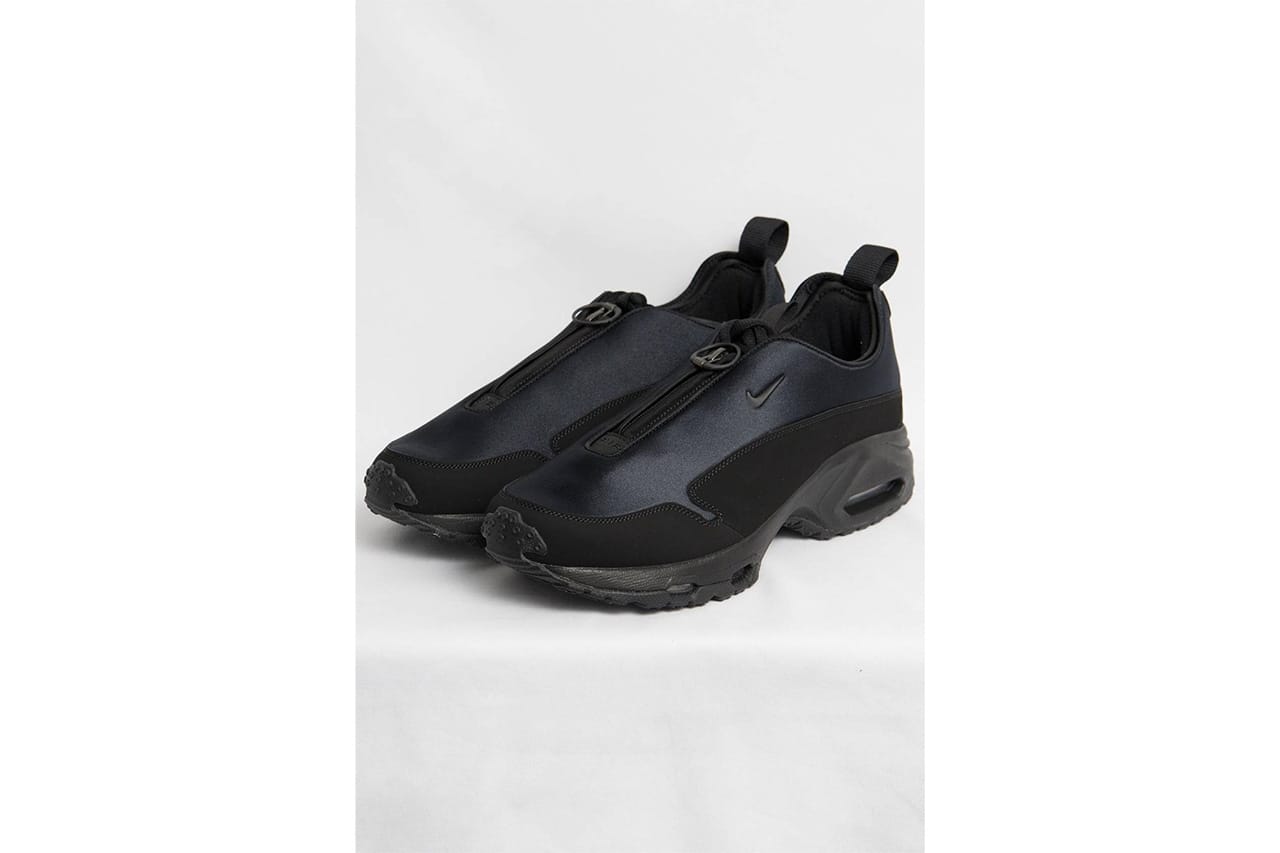 Release Date: April 22
Release Price: TBC
Where to Buy: COMME des GARÇONS
Why You Should Cop: After completely revamping the upper half of the beloved Foamposite One, CDG is reuniting with Nike for another footwear collaboration that involves the oft-forgotten Air Max Sunder SP. Like many of its other projects with the Swoosh, the Japanese imprint takes a minimalist approach here and applies grayscale color-blocking to three iterations of the zippered model. A white/black, all-black and white colorway are involved in this collection. 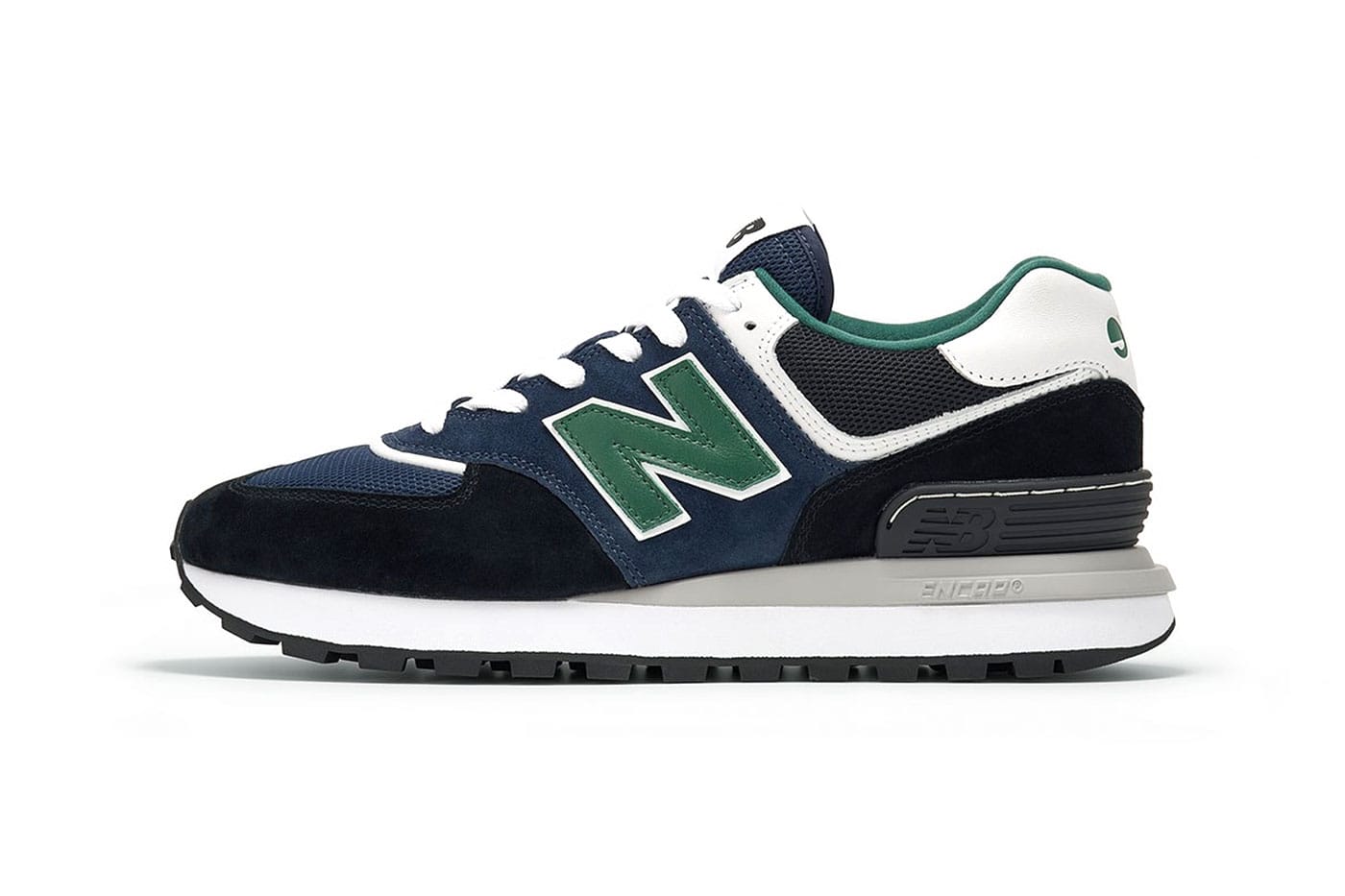 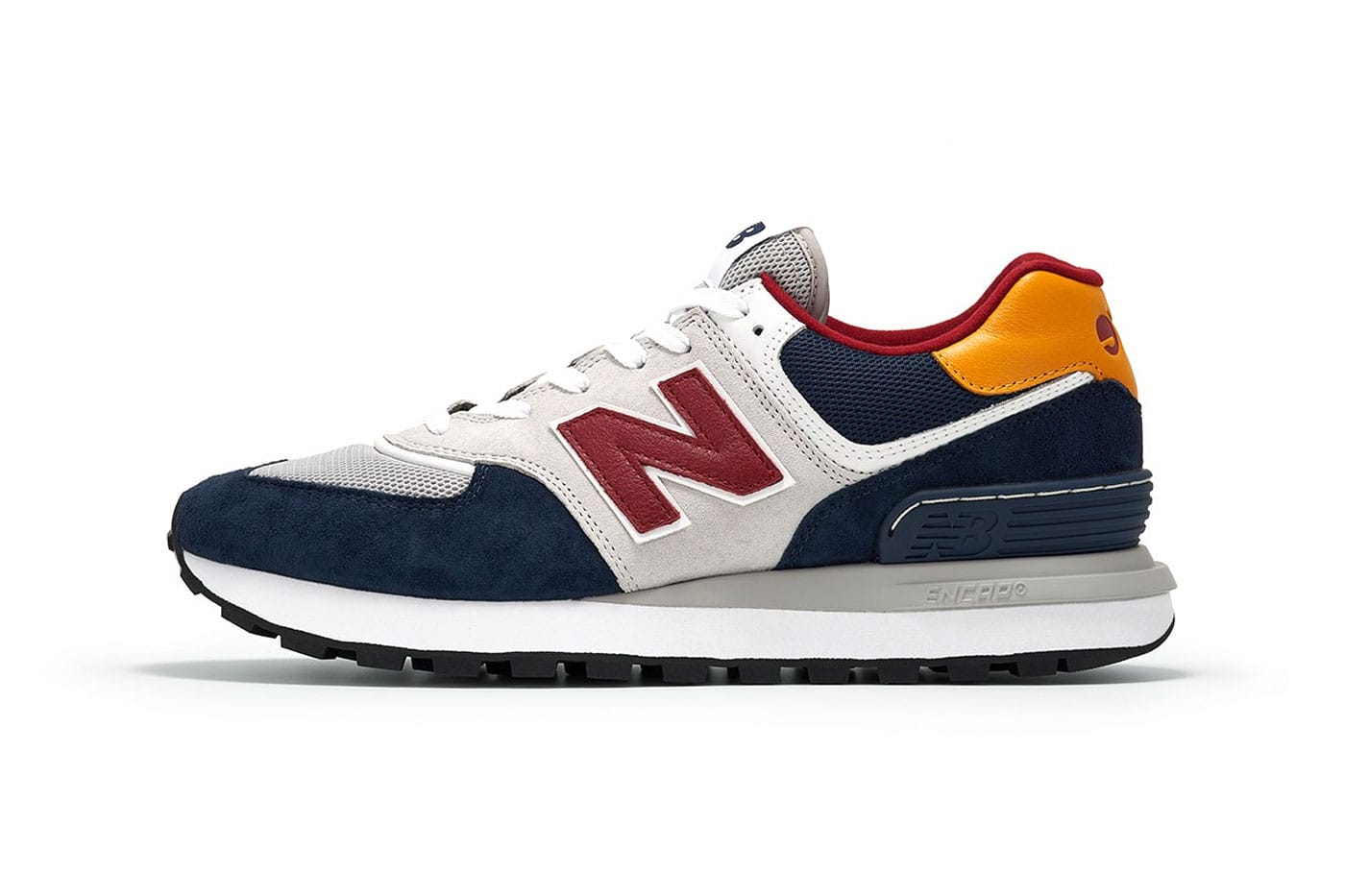 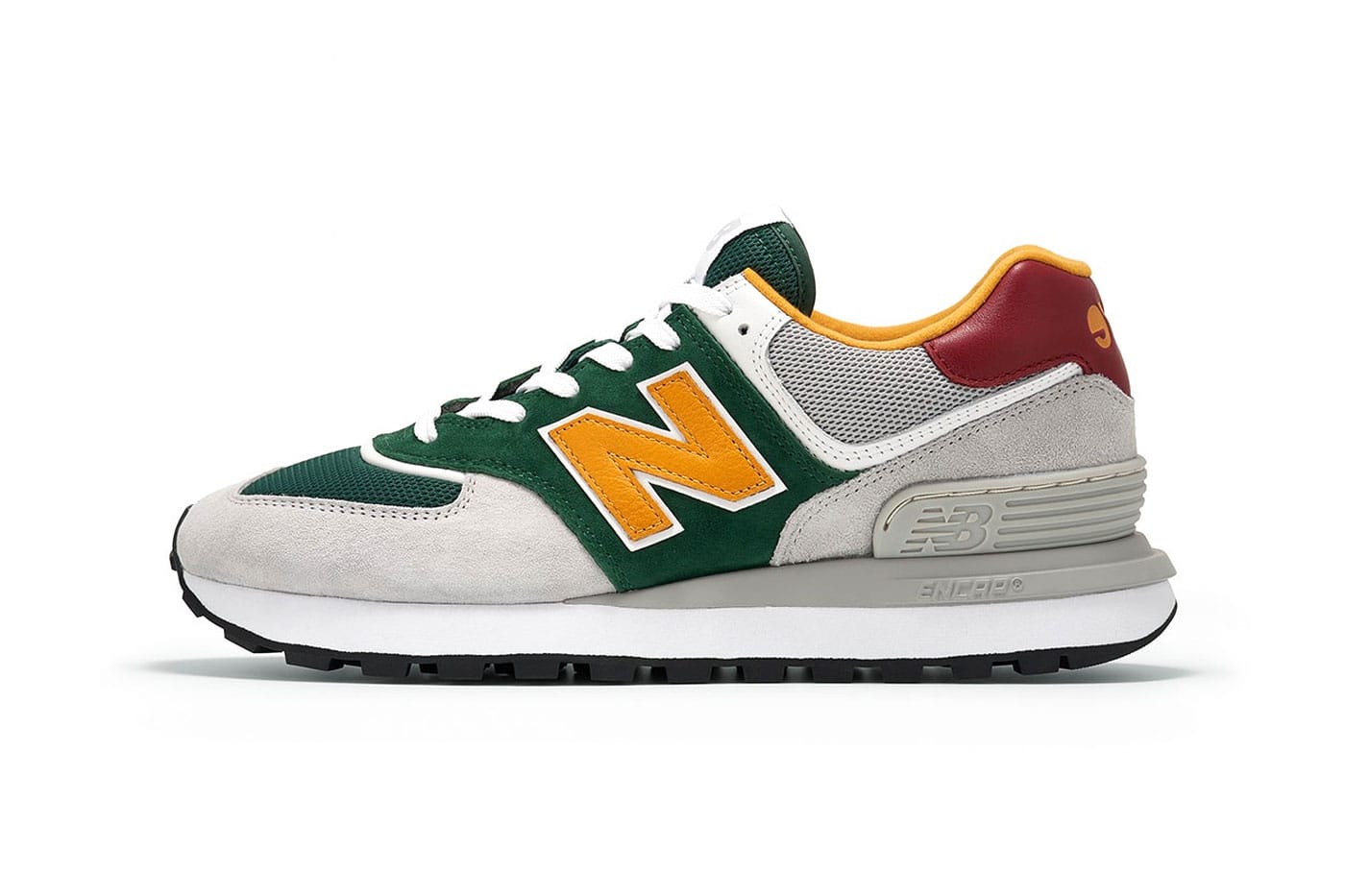 Release Date: April 22
Release Price: TBC
Where to Buy: DSM
Why You Should Cop: eYe Junya Watanabe Watanabe MAN has a penchant of teaming up with New Balance a handful of times throughout the year for collaborative initiatives. This week, the two parties join hands once more to introduce a brand new “574 Legacy” capsule. Three colorways including “Navy/Black,” “Green/Gray” and “Gray/Navy” are slated to launch, all of which first walked the runway during the Junya Watanabe MAN Spring/Summer 2022 fashion show. 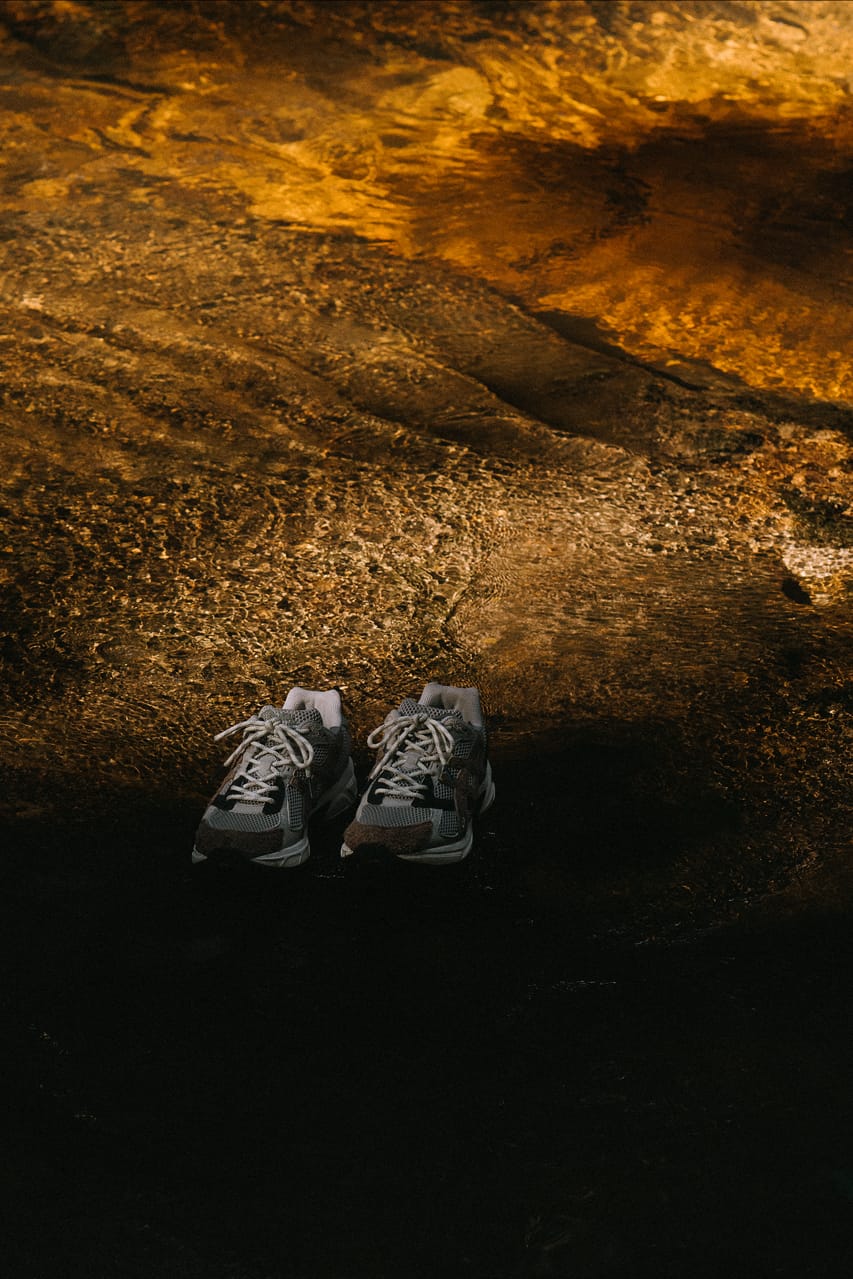 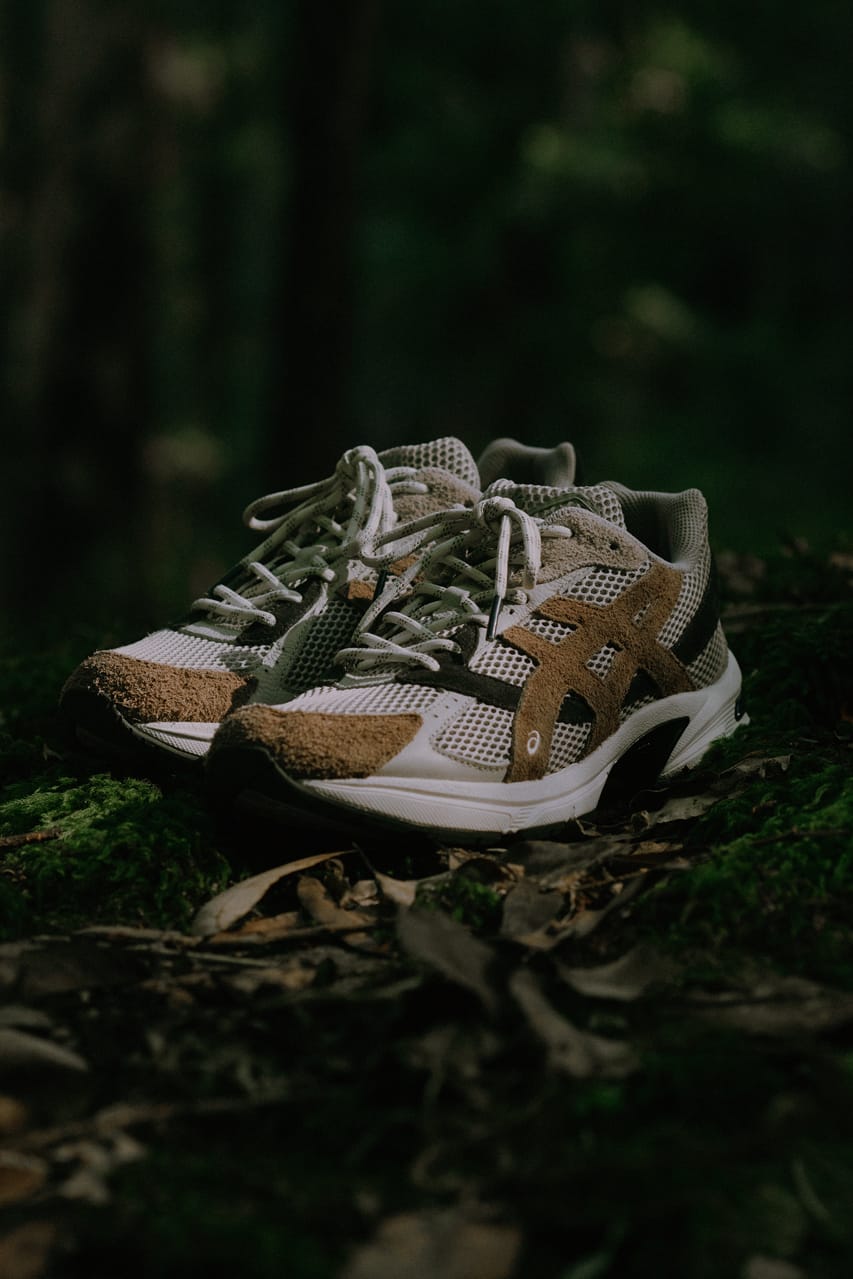 Release Date: April 23
Release Price: $190 USD
Where to Buy: ASICS
Why You Should Cop: Highs and Lows has reconnected with ASICS through its HAL STUDIOS sub-label to co-create a brand new GEL-1130 collaboration. The Australian entity leans towards an earthy ensemble here, mergin together grayscale undertones with shaggy suede tiger stripes and front end overlays with a touch of brighter browns. 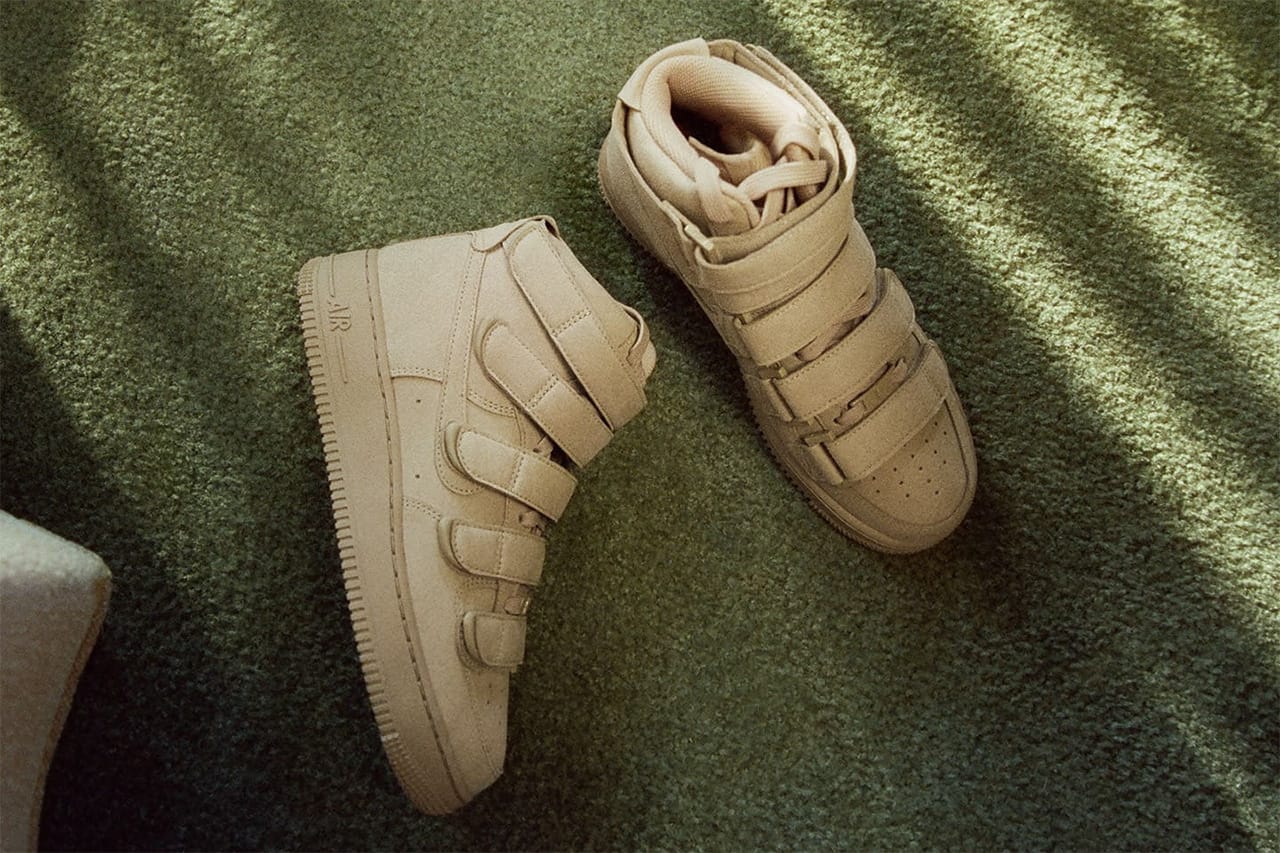 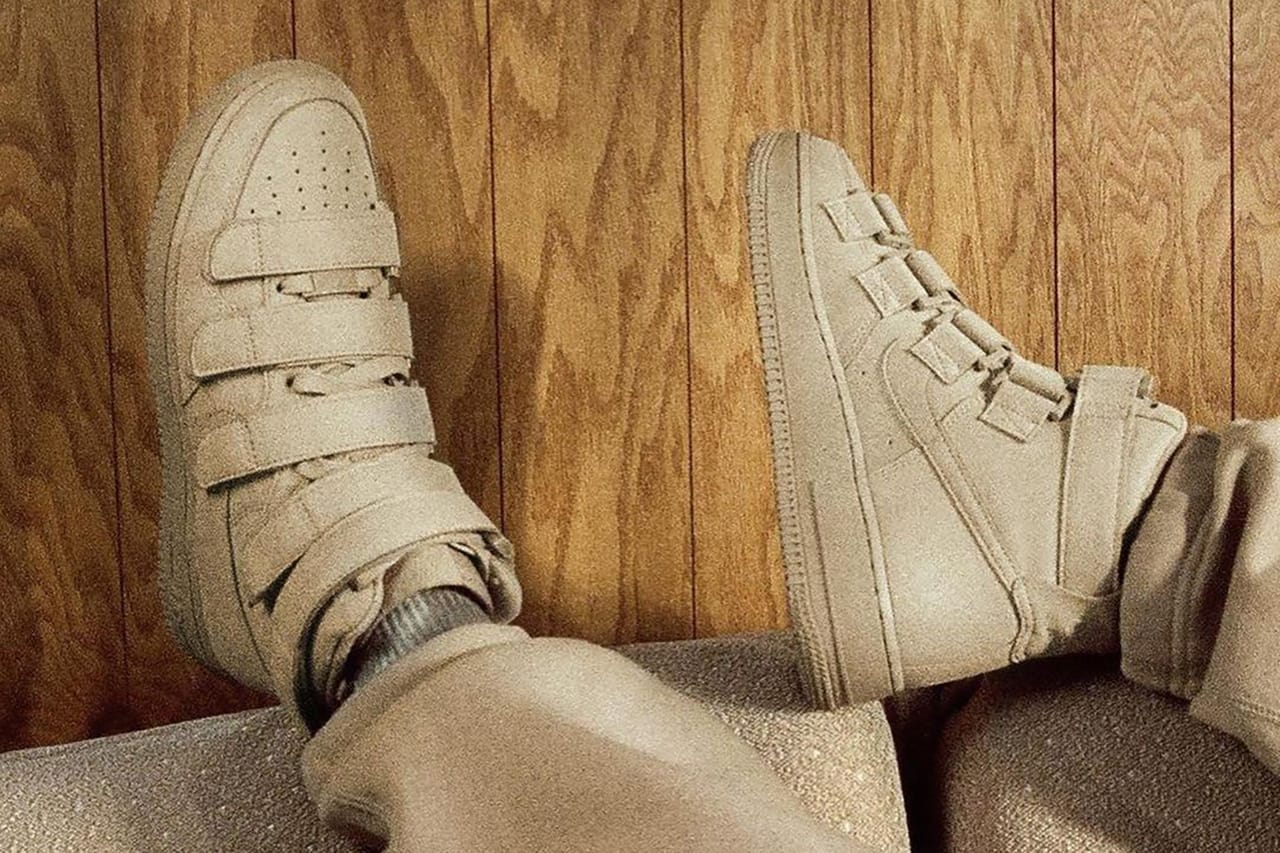 Release Date: April 23
Release Price: $170 USD
Where to Buy: SNKRS
Why You Should Cop: Fresh off of her incredible performance during weekend one of Coachella, Billie Eilish is expanding her sneaker collaborations catalog with a new project with the Swoosh. She reimagines the Air Force 1 with a monochromatic “Mushroom” palette and infuses earth-friendly materials throughout. Multiple straps are added across the base to speak to her unique and oversized fashion sensibilities.
Source: Read Full Article